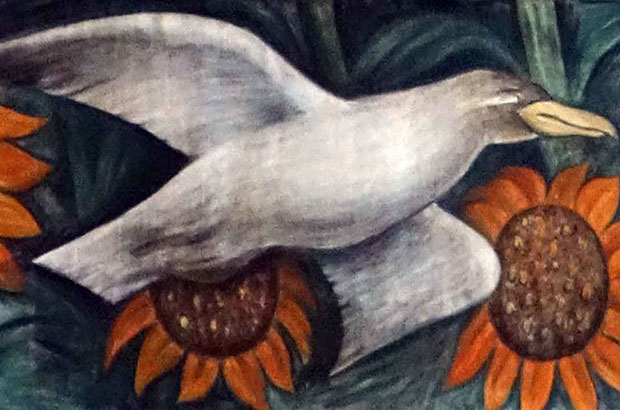 Time to tell Congress: no climate action, no deal on infrastructure

We are in a moment that encompasses both tremendous opportunity and immense danger. Just a few months ago, the Washington State Legislature passed a best-in-the-nation climate policy, the Climate Commitment Act, and joined Oregon, California, and British Columbia to form a Clean Fuels Coast. Oregon quickly followed at the end of its legislative session, taking the success of Washington’s Clean Energy Transformation Act and expanding on it by committing to 100% clean electricity by 2040. At Climate Solutions, we’re extremely proud of these successes, which were hard fought-for alongside many partners over the course of years. We know that these policies will serve as a model for other states and for the federal government.

No sooner did these critical policies pass our states’ legislatures, though, than the Pacific Northwest was stifled by a record-shattering heat dome. More than 800 people died. And now, from where I am in Seattle, we wait for the wildfire smoke and the flames that have already overwhelmed nearby communities. In British Columbia, the town of Lytton hit a Canadian record temperature of 121 degrees Fahrenheit; a few hours later, it was overcome by a fire and burned to the ground. The climate crisis is not a future threat. It is here. So, we must make sure that the policy successes we have achieved in Washington and Oregon are matched elsewhere, notably at the federal level, confronting the climate crisis with effective responses at the massive scale required.

Congress is now considering President Biden’s American Jobs Plan, which if enacted in its original form would be the most significant climate policy and investment package ever in the United States. We have the opportunity to cut carbon pollution while creating good, green jobs; and we can make progress toward environmental justice by investing in communities that for too long have borne the burdens of higher pollution and racism. Through a federal infrastructure agreement, we can enact a clean energy standard, grant clean energy tax credits, modernize our electric grid, eliminate fossil fuel subsidies, and invest deeply in solutions including mass transit, vehicle electrification, and clean buildings.

Alarmingly, congressional negotiations have left uncertainty as to whether these critical climate investments will be a part of a final agreement. This is unacceptable; giving up on climate action in an infrastructure plan will gravely hinder our ability to meet our Paris Accord obligations, it will deny green job opportunities, prolong toxic air pollution, harm our health, perpetuate environmental injustice, and allow the climate impacts we are already experiencing to increase. That is why 24 Washington organizations, 32 Washington legislators, and 76 local elected officials signed onto letters asking our federal congressional delegation to commit to No Climate, No Deal.

This really may be our best and last chance to pass the climate investments we need at the federal level. Not only do we have a narrowing window of time to cut carbon pollution, but we do not know what midterm elections will bode for climate progress.

We must act now: No climate action, no deal.

Advocacy works. After hearing from constituents and receiving the organizational, legislator, and local elected letters asking for a No Climate No Deal commitment, Senator Patty Murray published this excellent op-ed in the Seattle Times stating, “We need to meet this moment with the urgency it demands. We have to make investments and enact policies that help us ‘electrify everything’ as quickly as possible, prioritize communities that are most impacted and cut our carbon emissions… Congress must send President Biden a landmark investment in climate action that will protect our planet for current and future generations — nothing less will cut it.” Much of Oregon’s congressional delegation, including Senators Ron Wyden and Jeff Merkley, have also expressed support.

We will continue to insist that members of Congress join Senator Murray, Senator Wyden, Senator Merkley, and others in declaring No Climate, No Deal and ensuring that a federal infrastructure agreement meets the demands of this dangerous and promising time. We can build resiliency and protect people from smoke, heat, and storms through infrastructure investments. We can cut pollution, create jobs, and advance environmental justice, but that means No Climate, No Deal – federal action now.

Add your voice and spread the word. This is our moment!