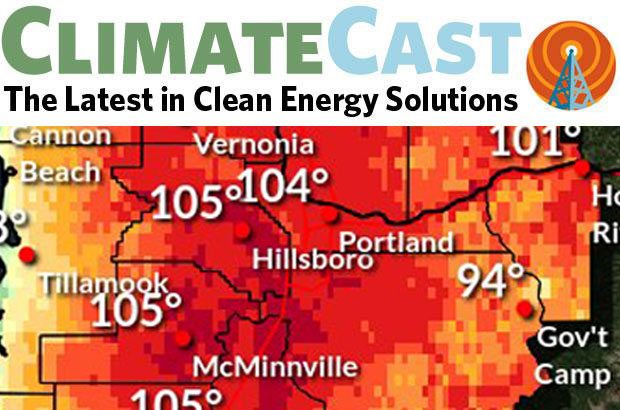 You’re not crazy, global warming is making everything horrible now

Climate change topped headlines this week, as the Intergovernmental Panel on Climate Change (IPCC) released the sixth iteration of its climate assessment. Its conclusions summarize the work of more than 200 scientists and present the latest information about changes in the Earth’s climate. It is impossible to review the report’s findings without feeling a profound shudder. Many impacts of human-induced global warming are now irreversible, the report confirms, and there’s only a small window for world leaders to dial back emissions and avoid the worst results.

Journalist Robinson Meyer summarizes the report for The Atlantic as “a catastrophe:”

The recent spate of horrific heat waves, fire-fueling droughts, and flood-inducing storms that have imperiled the inhabited world are not only typical of global warming, but directly caused by it. Climate change has arrived, in other words, and it will keep getting worse until humanity reduces its greenhouse-gas pollution to zero, which can be accomplished only by dethroning oil, coal, and gas as the central energy sources powering the global economy.

The IPCC report is not the only recent demonstration of scientists’ confidence that global warming trends are making extreme weather events more intense and more frequent. Commenters who make a habit of denying this link are looking more and more like outliers in discussions about climate and weather, especially given current and recent flooding, wildfires and extreme heat incidents taking place across the world. According to the Seattle Times, “the IPCC report’s implications for the Pacific Northwest are myriad, and they foretell a landscape and ecology forever shifted.”

We have the power to stop global warming and transform society

Perhaps the IPCC study’s most important conclusion is that we can still change course. Harsh climate impacts such as extreme heat waves, droughts, deadly flooding, coral reef die-offs, etc., are likely to increase for some twenty years no matter what we do now. If we commit to, and succeed at, reducing carbon and methane emissions to near-zero by 2050, the IPCC concludes that “global warming would likely halt and level off at about 1.5 degrees Celsius” over pre-industrial temperatures.

Accomplishing that goal will be a political challenge, not a technological one—that, one supposes, is the good news. But it will be a tremendous challenge, requiring what the British government’s chief science adviser calls “nothing short of transforming society.”

Recent polling shows very strong public support for federal climate leadership and clean energy progress. And while the Biden administration continues to signal a commitment to lead on clean energy (though some of its actions call that commitment into question), climate advocates are aware that succeeding in Congress is far from certain. “It’s taken over a decade to get us back to serious climate legislation” after failed efforts in 2009, said climate policy expert Leah Stokes. “This summer is the best chance we have ever had to pass a big climate bill. This is it. President Biden is poised to become the climate president we need. But there are no more decades left to waste.”