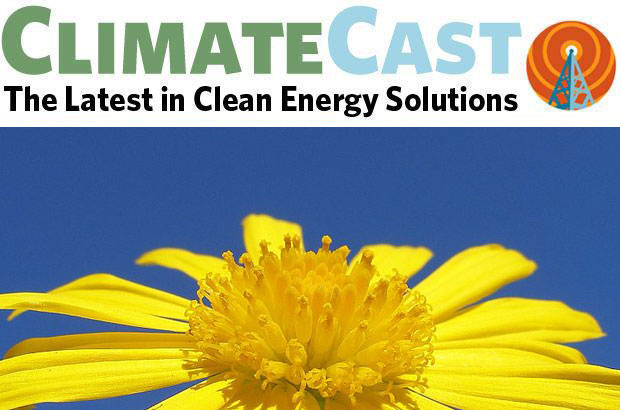 IPCC report: we have “a brief and rapidly closing window”

This week the Intergovernmental Panel on Climate Change released its latest report on the state of the global climate crisis, which concludes that climate change is harming the planet faster than we can adapt—and that countries aren’t doing nearly enough to protect against disasters to come, including greater flooding, widespread crop failures, and elevated public health risks.

Elijah Wolfson (Time Magazine) notes that while previous climate reports from the IPCC often referenced ‘poor’ or ‘developing’ countries, “they barely talked about them in the context of ‘equality,’ ‘inclusivity,’ or ‘justice’ at all.” The new report more reflects the voices of frontline communities and Global South nations already bearing the brunt of climate impacts. The new report, also for the first time, criticizes the flood of climate disinformation, amplified by media and social media, in delaying and stopping climate action. Fossil fuel companies are widely known to be major sources of such misinformation, but the IPCC stops short of naming names.

As scientists from many nations met online last week to finalize the IPCC report’s release, Russian President Vladimir Putin launched an unprovoked military invasion of neighboring Ukraine. IPCC delegate Svitlana Krakovska of Ukraine addressed the meeting: “We will not surrender in Ukraine, and we hope the world will not surrender in building a climate resilient future… Human-induced climate change and the war on Ukraine have the same roots—fossil fuels—and our dependence on them.”

Russia’s military actions quickly provoked a torrent of political condemnation and economic responses from around the world, some specifically addressing Europe’s dependence on Russian oil and gas. On Tuesday, German Chancellor Olaf Scholtz shelved plans to open a major new pipeline transporting fossil gas from Russia. Now the European Union is expected to accelerate member states’ efforts to transition to renewable energy; a high-ranking European official said that the E.U. “cannot be reliant on an energy supplier that threatens to start a war on our continent.”

Fossil fuel industry mouthpieces in the U.S. wasted little time in calling for an opposite reaction: more drilling in the name of “energy security;” those calls were quickly taken up by some US politicians including Senator Joe Manchin. Rep. Sean Casten argued instead for the security of weaning ourselves from fossil fuels, by committing “to energy efficiency and renewables. It gives us all access to transportation, warm homes and electricity with the least cost. And makes us less dependent not only on Russian oil, but also Saudi, Azerbaijani, Canadian and North Dakotan.”

Standing before two women in a history-making symbol of equality, President Biden gave his first State of the Union address. While noting that policies acting on climate would bring economic benefits including lowering inflation and saving families money, he spent little time—perhaps none—addressing climate change as the “existential threat” he has often otherwise described. Instead, the president called for major new investments in electric vehicle charging infrastructure… while also announcing plans to release more oil from strategic reserves to counteract rising gas prices due to the crisis in Ukraine.

The day after the State of the Union, Senator Manchin signaled a new willingness to revive aspects of a domestic spending plan that would include climate investments—news that some fellow Democrats greeted with cautious skepticism, after months of Manchin downplaying the relative urgency of climate action.

On the local level, Portland Public Schools—the state's largest school system—adopted a suite of climate action commitments. These include promises to apply energy efficiency and clean energy standards to building renovations and new construction; to integrate climate education into student curriculum and employee practices, and to make school facilities  available as safe havens during extreme weather events like heat waves and wildfires. These commitments are the first of their kind in Oregon, and were a demand of PPS student activists who staged a massive climate walkout back in 2019.

Washington: tell legislators that, as they complete work on Move Ahead Washington, they must hold strong on investments in clean transportation. We need cleaner, safer, cheaper options to get around, and all vehicles on the road should be clean—not emitting pollutants that hurt our health.