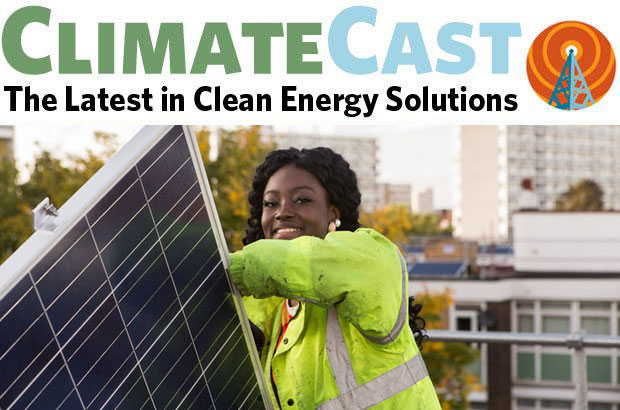 This week, President Biden issued a number of executive orders taking action on clean energy. He is invoking the Defense Production Act to shift clean energy industrial production into higher gear, in part specifically targeting the solar industry—attempting to maintain the momentum of solar energy expansion while protecting and nurturing domestic production of solar panels.

Despite a growing domestic solar sector, access to affordable solar energy in the U.S. has been dependent on inexpensive panels from East Asia, which have been subject to specific tariffs for a decade. Under pressure from US solar manufacturers wary of being undercut, the Biden administration has been investigating whether Chinese manufacturers have been illegally circumventing those tariffs—an investigation which could lead to new duties or sanctions. But the investigation itself has injected significant uncertainty in the market for imported panels, creating shortages at a time when solar manufacturers across the U.S. (including in our region) are struggling to meet increasing demand. In response, the White House has now announced that it will postpone for two years any potential new tariffs on solar panel imports, in order “to ensure the U.S. has access to a sufficient supply of solar modules to meet electricity generation needs while domestic manufacturing scales up.”

The solar move is being seen as a compromise between support for US industry and the need to replace fossil fuels with renewable energy as fast as possible. Analysts note that the policy shift will be immediately beneficial for US solar, though perhaps more so for installers than for panel manufacturers, and that the industry still faces at least a couple of years of uncertainty.

More broadly, Biden’s invocation of the Defense Production Act will leverage the power of the federal government to boost domestic production of heat pumps, solar panels, electric transformers, insulation, and other products that will help speed our transition to a more efficient and less fossil fuel-based energy economy. The decision is being viewed as “a game changer” that will provide a strong impetus for US manufacturing to help make clean energy systems more affordable and more ubiquitous across the country.

Currently, most Americans heat their homes by burning methane gas or heating oil, both of which release massive amounts of climate pollution (a major reason why buildings are the nation’s fourth-largest source of greenhouse gas emissions). During summers, the US is profoundly reliant on conventional air conditioners, which use a massive amount of power. However, electric heat pumps are a proven technology that can replace both heaters and air conditioners with a single, high-efficiency unit. Already in widespread use in other parts of the world, electric heat pumps are able to produce 200-300% more warm and cool air per energy unit than conventional furnaces and air conditioners.

This week, US Sen. Amy Klobuchar introduced a bill designed to make electric heat pumps more affordable by giving manufacturers tax credits of between $600 and $1,000 per machine. According to Kevin Kircher, an assistant professor of mechanical engineering at Purdue University, “the bill is calibrated to make up the difference in hardware costs on the assembly line, making it cheaper to just manufacture two-way heat pumps instead of air conditioners.”

Solar is synonymous with community savings

From Arkansas to New Hampshire to Vashon Island, WA, communities across the country are installing solar panels at fire stations, landfills, food banks and places of worship, generating savings. Co-benefits inculde larger budget for public programs and making productive use of otherwise unused space at, for example, wastewater treatment facilities. In Bellingham, WA a local food bank can now direct more money towards direct services: "the Foothill Food Bank’s annual energy costs are expected to be reduced by the roughly 100-kilowatt system. The money saved will be diverted toward purchasing food and supplies for the community."

When it’s time to update a heating/cooling system in a building or home, efficient electric heat pumps are increasingly seen as the smart choice. Have you already made the switch? We want to hear about your experience, whether and why you recommend a clean energy home to your friends and neighbors, and how it feels to be part of the clean energy transition!