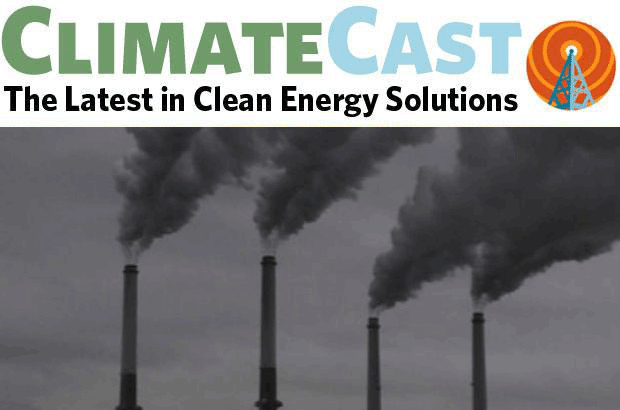 West Virginia vs. EPA, or SCOTUS vs. a livable future

“The right wing wanted to 'drown the government in a bathtub,’” writes Bill McKibben; “in the process, they may drown (and/or roast) us all.” On Thursday, the Supreme Court dramatically curtailed the EPA’s authority to establish broad rules limiting carbon emissions from power plants. Even before the ruling was announced, observers were prepared for the worst. Already in June, the court’s right-wing majority had put their stamp on a number of policy areas including gun control, religion in schools, and—most notoriously—women’s reproductive justice. The EPA decision “makes it even harder to address the climate crisis at a time when we need to be doing all we can,” said climate scientist Katherine Hayhoe, noting that the ruling problematizes the Biden administration’s goal of achieving 100% clean energy by 2035.

Climate Solutions Executive Director Gregg Small noted that the Supreme Court ruling does not affect climate efforts underway at state, local and private sector levels, making ongoing progress there all the more crucial. Princeton Professor Jesse Jenkins pointed out that the decision could have been far worse, concluding that it still allows the EPA the ability “to implement a more circumscribed regulation on power plant greenhouse gas emissions,” while also confirming that “the onus is on Congress to pass laws that will accelerate transition to a cleaner, safer, more secure energy system.”

Court ruling on women’s rights will contribute to climate crisis

Last week, the Supreme Court voted 6-3 to overturn the 1973 decision Roe vs. Wade, taking away the federal constitutional right for women to access comprehensive reproductive healthcare. The action will disproportionately hurt BIPOC women. The decision could also contribute to global warming; research shows that women’s equality helps curb climate impacts and there have been key lessons from the global pandemic about the need to center gender in crises.

In the wake of the Pacific Northwest's first heat wave of the season, a report just released by Synapse Energy Economics found that electric heat pumps—replacing both furnaces and conventional air conditioning units with a single appliance—can cool buildings 330% more efficiently than conventional window AC units, drastically reducing climate pollution released from buildings and saving Oregonians at least $1.1 billion in energy costs between now and 2050. Even better, replacing every single furnace and air conditioner in the state with an electric heat pump would result in a minimal bump in overall grid load. Programs like the Portland Clean Energy Fund (PCEF) are helping bring the cost savings and health benefits of electric heat pumps to low-income and BIPOC communities, which are often the first and worst affected by extreme heat events.

The occurrence of “unprecedented” climate impacts—due to wildfires, heat waves, flooding, drought, etc.—now seem to be piling up every year, with expensive and often deadly consequences. Around the world, early-season heat waves likely exacerbated by climate change are pushing people to the edge, reports the New York Times. Historic and deadly temperatures are being recorded in the United States, Europe, Japan, India, Latin America and elsewhere. Extreme temperatures exacerbate health risks faced by vulnerable populations, including unhoused people and migrants. This week, 53 people died from heat exhaustion and dehydration trapped in the back of a tractor trailer in San Antonio. In 2021, hundreds of homeless people across the country died under sweltering heat, not only in desert climates like Phoenix, but in the Pacific Northwest as well.

Coming of age amidst climate disasters

A first-of-its-kind report recently published by the Oregon Health Authority pays much-needed attention to the emotional and mental health implications of youth coming of age in the midst of the climate crisis. The study found pronounced mental health responses, including survivors’ guilt and PTSD-like symptoms, among Oregon youth who in recent years were forced to evacuate their homes and communities due to incipient wildfire danger. The study also highlights a widespread, chronic feeling of climate anxiety among a large portion of Oregon youth generally, attributed to insufficient institutional responses to the climate crisis, climate-related stressors, and feelings of isolation, anger, and despair.

What can adults do to support youth experiencing climate anxiety? As discussed in the press conference accompanying this report’s release: “Adults can help by learning more about the connection between climate change and youth mental health, and pursuing greater investments in school and community mental health services,” according to the report. “Parents, therapists and educators also need to make an effort to listen to youth who are experiencing climate anxiety and not dismiss their concerns, said Dr. Meg Cary, who served as an adviser to the study.”

It’s been a rough couple of weeks, with very discouraging news piling up daily. Climate journalist Yessenia Funes reminds us of the critical importance of nourishing our sense of optimism. In a new essay, she presents a range of climate activists who, faced with utterly grim scenarios for communities on the front lines of the climate crisis, nevertheless understand that maintaining optimism is not just a comforting conceit, but rather an essential tool—“how we can power on to ensure the planet’s changes don’t reach a point of no return.”