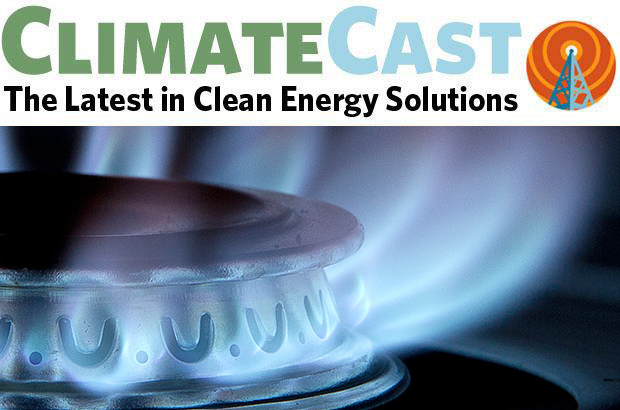 Scientists have been calling attention to the health risks associated with gas stoves since the 1970s. But a new study prodded a government agency to take notice—and a piece of click-bait journalism triggered an unnecessary political backlash.

A study published in the International Journal of Environmental Research and Public Health concluded that more than 12% of childhood asthma cases can be attributed to gas stoves. The US Consumer Product Safety Commission decided it would “open public comment” on the safety concerns of gas stoves.Bloomberg News reported the story under a sensational headline, “US Safety Agency to Consider Ban on Gas Stoves.”

One of the four CPSC commissioners told an interviewer that “any product that cannot be made safe can be banned.” And while the agency head was quick to clarify that the agency was not recommending any kind of a ban, it was too late—gas industry representatives, their political allies, and conservative media outlets immediately turned the Bloomberg angle into a high-drama attack on supposed governmental overreach. Texas Congressman Ronny Jackson captured the uproar's tone, saying, “if the maniacs in the White House come for my stove, they can pry it from my cold dead hands.”

Media coverage of the conflict—political media does love a good conflict—soon provided the context that, no, the Biden Administration was not about to seize everyone’s gas stoves, but also raised the fact that a growing number of states and cities have already passed or are considering bans of gas utilities in new buildings. The conflict was thus cast as a political battle, or worse, part of a culture war, rather than a science-informed public health policy matter.

Of course, the problems with gas are a public health matter, as well as a climate concern. A number of journalists took the opportunity this week to clarify the problems with gas, and to offer reasons why we should transition to clean electric alternatives sooner rather than later. The Guardian’s Brian Kahn offers a clear summary of the health risks associated with gas, as does Ali Francis writing for Bon Appetit. Somini Sengupta’s New York Times coverage also gets into the climate impact of gas use in homes, while noting that replacing your gas furnace or boiler with an electric heat pump will have a much greater effect on your climate footprint than switching out your gas stove.

Rebecca Leber points out that industry-fomented resistance to regulating gas stoves stems from the idea that gas cooking offers the best way to encourage consumers to feel “an emotional attachment” to gas in general. A number of articles this week helpfully skewer some of the specific objections that are often raised to stimulate that attachment. Aren’t gas stoves better than induction? Not according to the experts at Consumer Reports, who this week reported that their testing “finds induction offers superior performance, with fewer possible health risks” than gas stoves. Ah, but don’t serious cooks prefer gas? Popular Tiktok chef Jon Kung is giving the lie to the idea that gas is more “cheffy” than induction; other prominent chefs who are fans of induction cooktops include Eric Ripert, Ming Tsai, Rachel Boucher and Alison Roman, among others.

In response to the argument that policies promoting electric over gas trample on consumer choice, a number of writers pointed out that people rarely have a meaningful opportunity to choose. Most people simply use the stove and utilities that were in their home when they moved in, and stoves last an average of 12-15 years. As Jacob Stern points out in The Atlantic, when such choice points roll around, consumers will be increasingly likely to choose induction anyway, for a host of reasons. “In the end, culture-war considerations will lose out to questions of cost and quality. The better product will win the day, plain and simple.”

Finally, climate journalist Emily Atkin takes a step back to ask why it’s worthwhile to spend so much energy talking about gas stoves when they are a relatively small contributor to climate change (their emissions are dwarfed even by gas furnaces and water heaters, for example). “The main importance of the gas stove conversation from a climate perspective,” she writes, “is raising awareness of the quiet prevalence of methane leaks in our lives, and the harm those leaks cause people and the planet. If we’re not doing that, we’re missing the forest for the trees.”

The fossil fuel industry is more aware than anyone that its days may be numbered. Harvard researchers recently confirmed that decades ago the industry developed extremely accurate predictions for the global warming it was causing—and kept those predictions secret from policymakers and the public. They’re not going quietly. One industry group is spending millions paying social media influencers and popular home-makeover TV hosts to push back against state and local electrification policy shifts, and public perception of the health risks associated with gas. In Ohio—and perhaps soon other states—fossil fuel lobbyists are convincing lawmakers to undercut health and climate critiques of fossil gas simply by redefining it as “green energy.” How Orwellian.

One thing you can do: Wondering if you should pass on gas? Learn more and share it too:

There is a lot of hot air and confusion out there about gas appliances and stoves and a lot of accurate and then also scary sounding information. The good news with all of it is that we do have better options, and we can encourage our elected officials to make investments to make it easier for everyone to have efficient, all-electric appliances.

If anyone raises the issue of gas stoves since it’s been in recent news, take the opportunity to start a conversation. What do we know about problems with gas utilities? How do we evaluate different news sources? Are we hearing voices influenced by the fossil fuel industry? By scientific research and health experts? Climate Solutions has gathered resources on clean buildings and electrification which should provide fuel for thought… and conversation.