Last week was a major win for the clean energy economy, with more than seventy businesses signing onto the Oregon Business Climate Declaration, and former U.S. Treasury Secretary Hank Paulson to Portland’s City Club to speak on climate.

Companies from across Oregon's economy – including major employers such as Nike, Moda Health, Umpqua Bank and the Trailblazers – declared together that “tackling climate change is one of Oregon’s greatest opportunities of the 21st century.” They're urging Oregon to take action to address this challenge.  We want to invite all of the members of our business network to sign the Oregon Business Climate Declaration, either on behalf of your business or as an individual.

Climate Solutions contributed significantly to the success of these events, playing a role in organizing the business community to send a strong message to both the public and private sectors across the state that now is the time to tackle climate change. Partnering with Oregon Environmental Council and Ceres, we facilitated an historic outcome, which undoubtedly will create a positive ripple effect across the Northwest economy.

Businesses in Oregon understand the opportunity we have to build on the state’s competitive advantages and leadership in clean technologies, like renewable energy and energy efficiency. For companies around the state, their employees, customers, vendors and investors, the debate on climate change is over. It is time to act.

And businesses in Oregon are not alone.

Oregon, Washington, California and British Columbia - collectively representing the world’s fifth largest economy – are engaged in a regional effort to advance economy-wide policies to unleash regional innovation in energy and production that will address global warming and help assure our long term competitiveness.

Business leaders across Oregon’s economy are stepping up to take action. Appearing July 17th on Oregon Public Broadcasting’s Think Out Loud, representatives from Moda Health, Ninkasi Brewing, and Umpqua Bank spoke about the need for both public policy and business leadership to reduce carbon emissions. Listen to that interview here, and read more about what businesses are doing in the Portland Business Journal. Moda Health was clear in saying that business needs to support a price on carbon and that they would be engaged politically in this effort.

It is an incredible act of leadership for these businesses to join together, creating a higher level of dialogue for Oregonians across all sectors of the economy to help solve the biggest issue of our generation. Climate Solutions’ network of Northwest business leaders also has the strength in numbers to act on climate. Oregon business leaders: please sign the Oregon Business Climate Declaration as an individual, or engage the leadership within your organization to become a signatory company.

This state-level Declaration is tied directly to the national Climate Declaration, which launched in 2013 with Business for Innovative Climate and Energy Policy, a project of Ceres. BICEP was founded by private sector global brands, including Pacific Northwest companies such as Nike, Starbucks and the Portland Trail Blazers. More than 800 companies nationally have now agreed that tackling climate change represents an economic opportunity (and that "it's simply the right thing to do.")

So, what should Oregon do about climate change? And as Dave Miller at OPB asked, is this more than just pretty words? What is the call to action?

Put simply, more than anything else, this is about coal and cars. We need to reduce carbon pollution, and that can be done several ways.

First, we need to clean up our energy usage. Most Oregonians don’t realize that statewide, over 33% of our energy supply comes from coal power, and in Pacific Power territory, that number is over 67%. Much of that coal power comes  from outside the state.

We need to shift to cleaner, renewable energy and invest more in energy efficiency.

Second, most of the carbon pollution in Oregon comes from the transportation sector. Oregon has the Clean Fuels Program, which the Legislature will be asked to renew next year.  This is an important program that provides consumers with access to cleaner fuel options while supporting local businesses and cleaning up our air.

Why should business urge state and regional  action on climate change? The results of a recent poll in The Oregonian suggest there’s overwhelming support for business leadership on this issue. Over eighty percent of respondents (379 votes) said, “Absolutely. We all have a vested interested in this issue.”

Business plays a central role in advancing the needs of society with the goods and services they offer. In a time of government gridlock, it is imperative that businesses amplify their voice by leveraging their political power to advance the economic case for addressing global warming to assure the region’s economic competitiveness.

Silence by business on these issues is no longer an option. Unfortunately, some business associations claim to speak for all of the corporate community when they claim that climate action is unaffordable, and that we can’t move away from our addiction to fossil fuels.  This means that individual companies need to speak up when those who claim to represent the business community are making claims that don’t match their values or priorities.

While the specific business case for addressing global warming might vary by company and sector, common areas of agreement include the need to address the significant supply-chain and financial risks from climate disruption, the business opportunities created in the transition to a cleaner economy, demands from employees, customers, investors and other stakeholders for business leadership, and the desire for greater market certainty so companies can make necessary long-term investment decisions with confidence.

Former U.S. Secretary of the Treasury, Henry “Hank” Paulson, agrees that now is the time for businesses to take action on climate. In an interview last week at Portland’s City Club Friday Forum with PBJ publisher Craig Wessel, Paulson spoke about the findings of the Risky Business Report, and personally called for the state of Oregon to move forward on implementing a carbon tax. In an editorial published in the New York Times on June 21, 2014, Paulson called on a national carbon tax.

“The solution can be a fundamentally conservative one that will empower the marketplace to find the most efficient response. We can do this by putting a price on emissions of carbon dioxide — a carbon tax. Few in the United States now pay to emit this potent greenhouse gas into the atmosphere we all share. Putting a price on emissions will create incentives to develop new, cleaner energy technologies.”— Henry M. Paulson Jr., chairman of the Paulson Institute

Again, we call on you now to take action on climate and sign the Oregon Business Climate Declaration today! 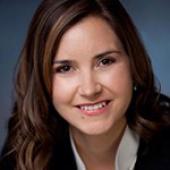