New Climate Conversations: where we go from here

Amidst the pervasive harm of the pandemic we have also seen we can unite in common purpose. We have even witnessed a softer global footprint, and we know it is possible to have both the clean air of today and a robust economy, if we so choose.

This event launches a new series of conversations from E8 and Climate Solutions, looking at the human stories and dynamics that are so essential to climate advocacy and innovation, which are all the more important in this time of upheaval.

Mimi Casteel of Oregon's Hope Well Wine uses regenerative practices to combat climate change. By planting varied crops, by not tilling, and by actually encouraging wild plant and animal life, she believes that we can restore the land to its natural balance while sequestering carbon. "Soil is our largest potential tool in our fight against climate change," she has said, and she also sees wine culture as a powerful way to engage and educate. 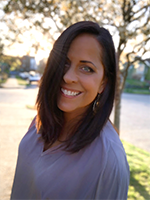 Maren Costa began at Amazon in 2002 as a designer and was one of the founding members of Amazon Employees for Climate Justice, which pioneered a shareholder resolution signed by more than 8,700 employees. Their commitment played no small part in several watershed developments, including Amazon’s pledge to go carbon neutral by 2040 and Jeff Bezos’s commitment of $10B to fight climate change.

Join us for a discussion of innovation in agriculture, advocacy and activism facilitated by Climate Solutions' Gregg Small.

Mimi Casteel grew up on her family’s vineyard, Bethel Heights. Armed with a BA in history and classics from Tulane University she worked in various national forests across the West. Her adventures fueled her passion for studying botany, forestry and ecology, leading her to realize that the greatest threats to the planet and all species had to be addressed at their root - the agricultural and working land base. Mimi returned to Bethel Heights, then in 2016 left to grow and make wine at her home vineyard and living laboratory, Hope Well, a living model for a habitat-based regenerative model for agriculture. Mimi’s experiments share the goal of producing the most nutrient-dense, healthy food and wine, while recovering the natural systems of nutrient cycling, improving biodiversity and species retention, and maximizing the function and output of a diverse ecosystem.

Maren Costa joined Amazon in 2002 as a designer for the retail website. She created Amazon’s first User Centered Design Process, still in use today. She later became the company’s first Principal User Experience Designer and was a leading contributor to several businesses including the retail website, Amazon Go stores, Alexa, and a variety of early-stage innovation projects. Maren is also a founding member and leader of Amazon Employees for Climate Justice, a group that galvanized thousands to pressure the company to become a climate leader. Maren lives in West Seattle with her two kids, and is a passionate advocate for the environment, women’s rights, workers’ rights, ethics in AI and compassion as a core value