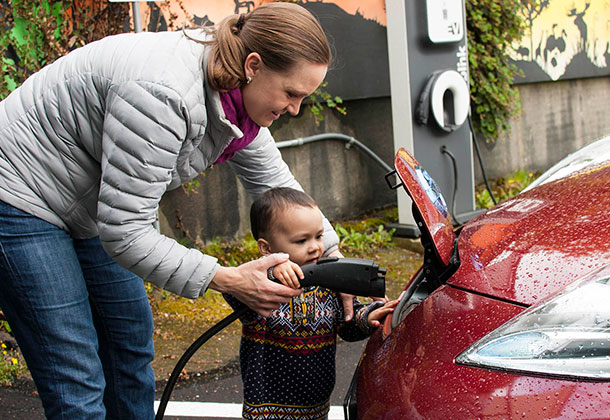 Oregon's Clean Fuels Program, established by the Oregon State Legislature in 2009, is a performance-based standard that requires oil companies to reduce the carbon content of their fuel mix by 10% over ten years. The program is technology-neutral and includes a system for companies to purchase offset credits from clean fuel providers. However, the program will end unless the Oregon Legislature votes to extend it during the upcoming 2015 session.

Drive Oregon's October event will review the key components of this program and explore its potential impacts on Oregon's electric vehicle industry and marketplace. How does electricity as a transportation fuel fit into the program? What impact will the program have on consumer electric vehicle sales? How might electric vehicle charging companies and utilities benefit? What lessons can be learned from California's similar Low Carbon Fuel Standard, which has been running since 2011?

Margi Hoffman, Governor Kitzhaber's Energy Policy Advisor - Margi has been involved in the design of the Oregon program since its inception.  She will provide an inside look at the history, current standing, and predicted impacts of the program - both generally and specific to the electric vehicle market.  Prior to being appointed to her advisor role in the Governor's Office in April 2012, Margi served as Senior VP and Director of Oregon Operations for Strategies 360, a consulting firm.