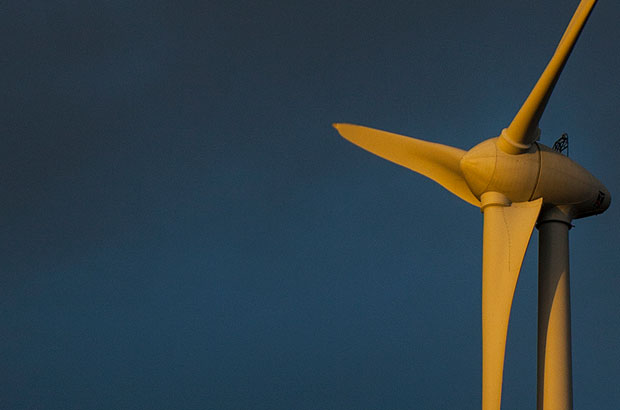 As the year comes to a close, I want to share my reflections on the year that was, and the opportunities for the year ahead.

I want to start with the obvious. 2017 was an awful year in many ways. We have endured cynical attacks on some of our country’s core values—truth, freedom of speech, freedom of the press, equality, and more. These attacks have been heartbreaking beyond words.

On climate change, too, there was bad news this year. Climate impacts continued to rage through the Northwest, the United States, and across the globe: wildfires, floods, ancient ice disintegrating into rising seas. Scientific reports confirmed, again and again, that the need for urgent action is only increasing.

But 2017 was also a year of transition for climate action, in which we and many others affirmed our ability to make progress at the speed and scale our climate crisis demands. As the U.S. government dropped the baton of international leadership on climate, an inspiringly broad set of climate leaders—American states and cities, countries around the globe, business of all sizes—proved themselves ready to pick it up and carry it forward. When President Trump announced his intention to pull the U.S. out of the Paris climate agreement, new calls to accelerate climate action rose in response from across the country and around the world.

Here in the Northwest, 2017 proved to be a year for progress on the issues Climate Solutions cares about most directly. As 2017 began, we announced a new strategic plan and vision. Our vision for the region is simple. We believe the best leadership opportunity for the Northwest is to swiftly transition the Northwest electrical grid to 100% clean energy, faster than anywhere else in the nation, and to leverage our clean grid to electrify as many energy uses for the built environment, industry, and transportation that we can.

All of our work this year stands atop these two pillars. In support of these core ideas, Climate Solutions and our many allies made a lot of progress this year. Recall these wins:

That’s a lot of victories for clean energy and a future beyond fossil fuels; and we’re poised for more wins in 2018. As we look to the new year, we are focused on this next round of challenges:

We are not going to make this happen on our own. We are incredibly proud to partner with literally hundreds of organizations and businesses across the Northwest in pursuing these goals. The Alliance for Jobs and Clean Energy, Renew Oregon, Front and Centered, The Nature Conservancy, Washington Businesses for Climate Action, the Oregon Business Alliance for Climate, The Audubon Society, Power Past Coal, Stand up to Oil. The list goes on and on.

And this list represents another of the welcome transitions that accelerated in 2017. For a long time, much of the most visible advocacy and action on climate change and clean energy was led by environmental organizations. No more. Today, the movement and drive for climate action takes leadership from a truly diverse and increasingly powerful set of players. Amazing organizations like Front and Centered are demonstrating the power of communities of color in demanding action, and working to design policies that place equity in their center. Businesses from corporate titans like Apple and Microsoft to smaller businesses are demanding clean energy, and lobbying lawmakers for policies to accelerate the transition away from fossil fuels. Working people and labor organizations, including the Washington State Labor Council, are on the front lines.

This growing chorus, demanding and taking action on climate and clean energy, is what gives me hope that we can act at the scale and speed that the climate crisis requires.

I want to leave you with this.

2017 was a year that saw horrific extreme weather events across the globe. We should remember the names of the disasters that struck, disasters that were made tragically worse by climate change. Harvey. Maria. We should never forget those names.

But there are other names that we should never forget. Alexander Kwoksum Sung. Travis Lynn Callihan. Keisha Monique Williams. Jill Renick. These are just a few of the thousands of people that lost their lives in climate-impacted disasters. People are dying. Today. From climate change.

2017 was a hard year, but one that was also marked by significant accomplishments and real victories.

I look forward to working with our entire community in 2018 as we pursue and win more victories on the road to 100% Clean.

And finally, as we look forward to the new year, I'm happy to announce that Meredith Connolly has taken the position of Oregon Director with Climate Solutions. Meredith previously served as Oregon Policy Manager, and we are very pleased to be headed into 2018 with her valuable leadership in Oregon.