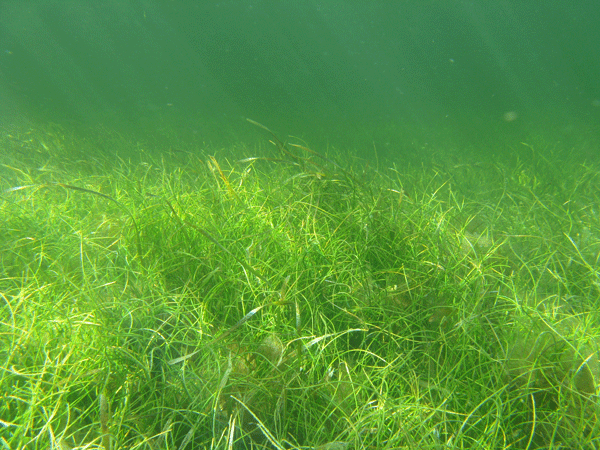 We know the first part of the equation fairly well: we are burning carbon-rich fossil fuels such as coal and oil, which produces carbon dioxide (CO2), which in turn is heating up the planet.  We also know that cutting down trees adds substantially to the problem: about 1/8 of the carbon emissions are from deforestation.

The question is: where does the carbon go? Yes, some of it remains in the atmosphere, and some dissolves in the ocean. The forests are taking up some of it too, since plants use CO2 for photosynthesis. The so-called “sinks” for the carbon cycle (i.e., where the carbon goes) is an active and important area of research.

In addition to knowing a lot about the role that trees and bushes on land play in sequestering carbon, we also know that oceans are the largest active carbon sink on earth. Recent research has revealed that mangroves, salt marshes, and sea grasses soak carbon up to 100 times faster than tropical forests!

It doesn’t take a doctorate in science to figure out that if we expand mangrove swamps and sea grass beds rather than cut them down, we could remove more CO2 from the atmosphere. That is good for fisheries, good for tourism, and good for storm protection since this coastal vegetation limits coastal erosion. It might even make your walk on the Nisqually Delta just a bit more pleasant.

Now comes research that shows that a commonplace marine organism, jellyfish, may also be important in removing carbon from the surface ocean. Most people don't eat jellyfish, and in fact don’t even like them. But, it turns out that in the long run jellyfish may be our allies in removing carbon dioxide. Before this research, no one believed that jellyfish were an important part of the carbon cycle, because they didn’t pay attention. But now, at least one person is.

A biological oceanographer in Germany, Dr. Mario Lebrato, found that  (dead) jellyfish sink very quickly to the bottom of the ocean: 1,500 to 5,000 feet per day! Once the jellyfish are at the bottom of the ocean, they will decompose and the carbon they create is likely to stay in the deep water for several hundred to a thousand years or more. The deep ocean a good place for carbon to go.

So it turns out that coastal vegetation continues to hold on to carbon for thousands of years, in contrast to normal forests. Paying attention to where the carbon is, and where it is going, is vitally important to understand the challenges we face in addressing climate change.

By preserving and expanding areas of coastal vegetation such as mangroves, sea grass beds, and marshes, we can mitigate some of the effects in burning fossil fuels and that is something that we all need to get very busy doing so we can turn the tide on our rising greenhouse gas emissions. 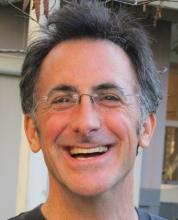