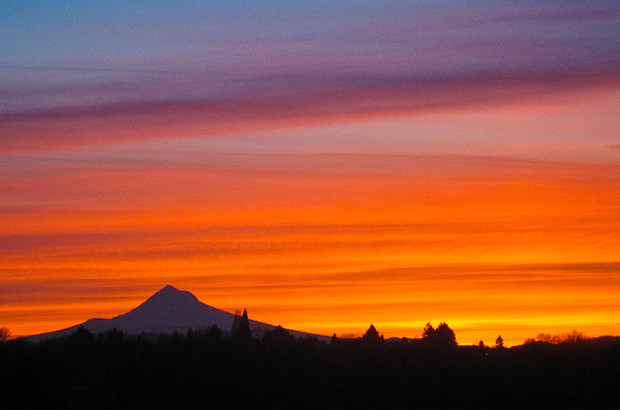 Editor's note: Today in Portland, mayors from five west coast cities announced new commitments to take action on climate change. Gathered for the West Coast Mayors Summit, the mayors of Portland, Seattle, Eugene, Los Angeles, and San Francisco renewed commitments to reduce carbon emissions in each of their cities by at least 80 percent by 2050, while also advancing equity for all residents of their cities. This announcement comes as the international climate talks in Paris draw to a close this weekend. State and local leaders from Oregon and Washington participated in the Paris talks, highlighting the vital leadership role Northwest communities are playing in the fight to slow climate change and to accelerate our transition to a clean energy economy.

Climate Solutions asked organizer Regna Merritt (Oregon Physicians for Social Responsibility) to give a synopsis of the grassroots campaign leading up to the Portland City Council's historic pair of climate-related resolutions last month—resolutions which stake Portland's future on a clean energy economy, and which set the stage for today's climate announcement by the five united mayors.

Regna's response grew into a love note to everyone working so hard to shift Portland, and the entire Northwest, to a healthy climate future.

“We are creating a green wall along the West Coast. Our cities are committed to growing with sustainable values, such as Portland’s resolution opposing all new fossil fuel infrastructure... The West Coast will help move the meter on climate change.” Portland Mayor Charlie Hales

In November, the Portland City Council passed a pair of historic resolutions representing this critical transition to a clean energy economy: one opposing an increase in oil trains passing through our city and another banning new fossil fuel infrastructure projects in Portland.

Let’s celebrate serendipity, confluence and the power of diverse local and regional coalitions that came together to protect our health and our climate!

It’s worth remembering how we got to this win in Portland. In July, Oregon Physicians for Social Responsibility, Columbia Riverkeeper, Friends of the Columbia Gorge and ILWU approached Portland Commissioner Amanda Fritz to request that she and/or the Portland City Council submit comments in opposition to Tesoro-Savage’s proposed oil-by-rail project, which would be located directly across the Columbia River in Vancouver, WA.

We came out of that meeting with Amanda's enthusiastic commitment to bring to Council a strong resolution opposing any increase in oil-by-rail through Portland  - with an eye towards supporting the City of Vancouver in its local struggle against Tesoro-Savage.

Mayor Hales quickly expressed his support for the resolution and became a co-sponsor.

Then, shortly before the long-anticipated November 4th hearing on the oil resolution, the Mayor approached Commissioner Fritz. Together they decided to bring a second resolution to council at the same hearing – this one enacting a ban on all new fossil fuel infrastructure in Portland. We had helped set the table for this, a truly historic resolution.

The outpouring of support for both resolutions that day was amazing. Listening to hours of passionate testimony, commissioners were particularly impressed with First Nation representation and the voices of our children. Bill McKibben joined by Skype.

(The only way to truly appreciate all the testimony it is to watch it on video. Follow this link, choose the Nov 4 PM session and skip to minute 33:00.)

The amazing testimony on Nov 4 led to a 4-0 council vote in favor of the oil train resolution and a decision to proceed with a second hearing and vote on the fossil fuel resolution one week later, on Nov. 12th.

During that second hearing, we once again saw overflowing hearing rooms and heard moving testimony from all, including faith leaders, Vancouver friends, and Umatilla Tribal Elder Cathy Sampson-Kruse who, with daughter Mariah Rose Sampson, made the long journey. At the hearing’s conclusion, the council voted on the second, bolder resolution – and the crowd exploded as the council approved the measure with a unanimous 5-0 vote. (Watch excerpts from that hearing here; choose the  Nov 12 PM session and skip to 13:57.)

The transformation of our mayor over the past year has been incredible. Mayor Hales deserves credit for stepping forward to become a climate leader among elected officials. Though an early supporter of the dangerous Pembina propane proposal, he responded to input from the community and advocates including Portland Audubon, 350pdx, Columbia Riverkeeper, and Center for Economic Sustainability. He met and discussed climate change with Pope Francis and President Obama; he witnessed courageous acts of resistance against Shell (Go Greenpeace and all kayaktivists!); and he came to appreciate that we must keep ALL fossil fuels in the ground.

The resolution he put forward reflects that. It took inspired leadership and a huge outpouring of grassroots support to achieve these victories with the Portland City Council.

This is the kind of transformation we must cultivate among all our elected officials and in those charged with making decisions on Tesoro, Millennium, Nustar, GPT, Imperium, Westway, Shell, huge propane export proposals, etc.  - indeed each dirty and dangerous terminal project thrown at us in Oregon, Washington and BC.

It has been "all hands on deck" for weeks now.  There are so many who helped in ways known and unknown. The fruits of our collective labor are now evident: between our Climate Action Plan (which will now include the new fossil fuel measure), council divestment commitments, and these new resolutions, we're experiencing an incredible paradigm shift among elected officials and candidates in Portland.  We are building HOPE!

You helped make it happen ~ deepest thanks to each of you! 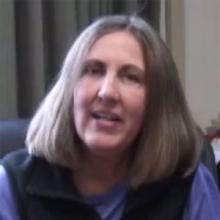 Cities act on climate: the power of hope