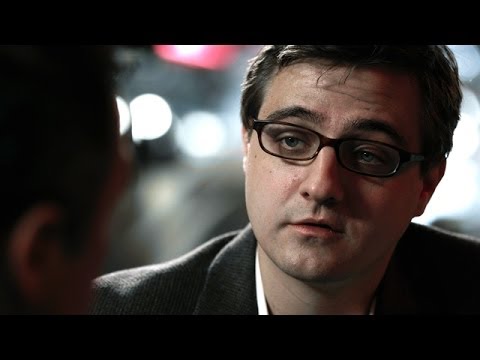 Did the producers of the Showtime docu-series Years of Living Dangerously have to conduct an Environmental Impact Statement before airing their show?  They should have, because it is profoundly disruptive to the ecosystem of denial.

The third episode aired last night, featuring mind-bogglingly frank discussion of the political cowardice that plays such a vital role in the health of the denial ecosystem.  Much of the episode centers around the heartbreaking experience of Pat Dresch, a constituent of Representative Michael Grimm, who lost her husband and daughter in Superstorm Sandy.  Grimm shows tremendous compassion for Dresch and a fierce resolve to expedite federal disaster relief, even when it means battling his Republican colleagues in Congress.

Grimm undergoes something of a conversion experience on the facts of climate disruption, after a riveting on-air conversation with former Congressman Bob Inglis.  Inglis, a staunch conservative, lost his seat to a Tea Party candidate in the Republican primary for acknowledging the reality of climate disruption.

Yet after all that – the immense human suffering, the remarkably honest conversation with Inglis – Grimm steadfastly resists the idea that he should do something about it.

“There’s no oxygen in left in the room in Washington for another big debate,” he says.

“Political constraints are real.” (Inglis came out for climate action, and look what happened to him.)

“Washington is not real life.  You’re talking the substance and the science… Irrelevant.  Irrelevant!”

None of this is news.  It was already clear that climate science denial in Congress is just cynical politics.  Thinking Republicans avoid the subject like the plague, because they don’t like either of what they perceive to be their choices:  talk like an ignorant science-denier, or face a bitter primary fight with a fossil-fuel backed Tea Party challenger (see Heads in the Sand.)

But last night, in living color, the backstory of politically-motivated climate science denial was the front story.  You would like to think these things can’t survive the daylight.  Denial is a nocturnal thing.

Yet Grimm – it becomes clear in the course of the show – is resigned to the “political constraints” that prevent climate action.  He will offer up more of his constituents to the harsh fate of still-preventable superstorms, rather than risk the political wrath of Big Fossil.  He will fight for disaster relief again, but not for solutions, not for prevention.

The genius of the show was it allowed you to be furious at Grimm, and yet also to sympathize with him for seeming small, overwhelmed, caught in a political system that keeps him on the wrong side of history.  The contrast between Grimm’s earnest passion for helping the victims and his lame excuses for Congressional inaction becomes excruciating to witness.

Finally, in his parting gesture of futility, Grimm says,

“I don’t think that humans in America, Americans, have the will to do it [tackle the climate challenge].”

We don’t know that yet.  All we know for sure is that the fossil fuel industry has the will to stop us from finding out.   A lot of “humans in America” are still searching for the kind of leadership that will stand up for us and defend our kids’ future.  The political market for such leadership remains largely untested.