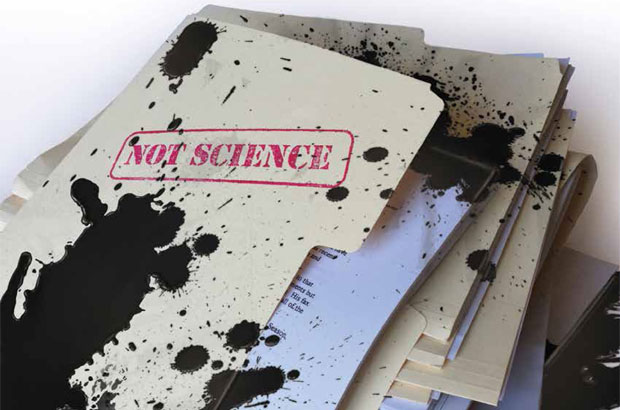 [Note: a shorter version of this piece appeared in the Seattle Times as a letter to the editor on May 14.]

Thanks are due to King County Executive Dow Constantine and King County for joining other cities and counties across the country in suing major oil companies for our costs connected to climate change. It’s not just that these companies knew decades ago about the dangers of burning fossil fuels and did nothing. Worse, they actively worked (and, in many cases, are still working) to spread lies about climate science, and to block progress on clean energy.

I first learned of these disinformation efforts back in 2007 from a Union of Concerned Scientists report, Smoke, Mirrors & Hot Air:  How ExxonMobil Uses Big Tobacco’s Tactics to Manufacture Uncertainty on Climate Science. The report revealed, via internal industry documents, how ExxonMobil had spent millions of dollars to sow doubt about climate science. The book and documentary film Merchants of Doubt continued to pull back the curtain from this scandal, also providing a chilling account linking the climate disinformation campaign to earlier PR efforts misleading Americans about the dangers of smoking.

One of the revealed industry documents particularly outraged me: the American Petroleum Institute’s draft Global Climate Science Communications Plan (read the whole thing sometime, maybe with a glass of wine).

The plan was crafted in 1998—ten years after NASA scientist James Hansen testified before Congress that it was 99% certain that warming was not a result of natural variation—and written by representatives of Exxon, Chevon, and others (including Myron Ebell—who more recently resurfaced heading up the Trump Administration’s transition plan for the EPA). It outlines a multi-year, multi-million dollar campaign to deliberately sow doubt about climate science in order to prevent an international climate agreement, the Kyoto Protocol, from being approved by the U.S. Senate.

The underpinning of their strategy? (bolding mine):

Charlton Research’s survey of 1,100 ‘informed Americans’ suggest that while Americans currently perceive climate change to be a great threat, public opinion is open to change on climate science. When informed that ‘some scientists believe there is not enough evidence to suggest that [what is called global climate change] is a long-term change due to human behavior and activities,’ 58 percent of those surveyed said they were more likely to oppose the Kyoto treaty.  Moreover, over half the recipients harbored doubt about climate science.

Again, this is ten years after Hansen’s Congressional testimony.

The plan’s stated goal: “A majority of the American public... recognize that significant uncertainties exist in climate science, and therefore raises questions among those (e.g., Congress) who chart the future U.S. course on climate change.”

It goes on: “Unless ‘climate change’ becomes a non-issue, meaning the Kyoto proposal is defeated and there are no further initiatives to thwart the threat of climate change, there may be no moment when we can declare victory for our efforts.”

The coup de grace for me? Their specific targeting of teachers and schoolchildren, among other audiences. They outline plans to target the National Science Teachers Association and to distribute materials directly to schools, with this rationale: “Informing teachers/students about uncertainties in climate science will begin to erect a barrier against further efforts to impose Kyoto-like measures in the future."

Isn’t there something particularly diabolical about lying to children so those children don’t know they need to safeguard their own futures?

Lest we think such activities are only a thing of the past: Just last year, the Heartland Institute (listed back in that 2007 UCS Report as already having received over half a million dollars from Exxon) mailed to 25,000 teachers their book Why Scientists Disagree About Global Warming, along with a DVD rejecting that climate change is human-caused. The organization planned to distribute a total of 200,000 copies.

At a meeting in Exxon Corporation's headquarters, a senior company scientist named James F. Black addressed an audience of powerful oilmen. Speaking without a text as he flipped through detailed slides, Black delivered a sobering message: carbon dioxide from the world's use of fossil fuels would warm the planet and could eventually endanger humanity.

"In the first place, there is general scientific agreement that the most likely manner in which mankind is influencing the global climate is through carbon dioxide release from the burning of fossil fuels," Black told Exxon's Management Committee, according to a written version he recorded later.

IMAGINE IF, instead of making confidential plans to sow disinformation about climate science to our teachers, our kids, our meteorologists, our media and our Congress; instead of spending millions of dollars fronting pseudo-science groups and climate dismissive organizations like the Heartland Institute (sponsor of a notorious billboard linking the Unabomber and belief in global warming!); instead of funding groups that repeatedly fought (and often still fight) efforts to reduce carbon emissions–if, instead, these major energy companies had actually begun to research and advance alternative, clean energy sources.   Or at the very least, stayed out of the way of those who would.

Imagine what those lost decades mean in terms of parts per million in the atmosphere and our current race to bend the emissions curve fast enough to prevent the worst impacts of climate change. . .

So... as I watch our wildfire season intensify and our summer skies clog with smoke, our snowpack decline, and our salmon die from too-warm waters, our oceans acidify and our oysters fail to grow—(and don’t get me started on impacts elsewhere, across the world, but especially in developing countries) and I think of the future facing our children -- do I think fossil fuel companies should be held accountable? You bet I do. 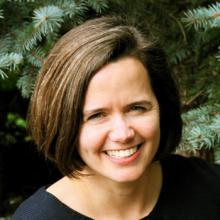 Kathy earned a BA at Harvard College and an MPH at the University of Michigan, before working as a public health researcher in HIV prevention at the University of Washington. While she's had a longtime commitment to ecological stewardship, she kicked her engagement up several notches after seeing "An Inconvenient Truth." As a Senior Partner for Climate Strategies with DC-based consultancy Breakthrough Strategies and Solutions, she spearheaded an effort to create effective, research-based climate messaging materials (climatenarrative.org) and helped organize political donors to call for bolder national climate leadership.  She's been a longtime member of the National Advisory Board of the Union of Concerned Scientists, is on the Board of Washington Women for Climate Action Now, served on Seattle’s Green Ribbon Commission, and is a member of Element 8, a clean-tech angel investor group. She co-founded two local "green teams" and personally gathered over 500 signatures to qualify Washington state’s clean energy initiative for the ballot.   She is raising two teenage daughters and, while she'd be doing this work with or without kids, she feels especially committed to it because of them.