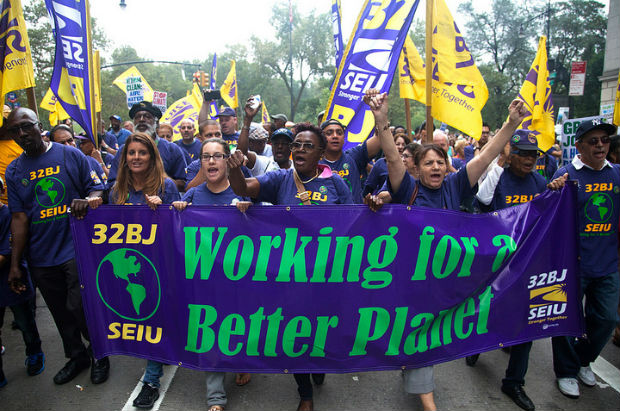 CHRISTINE IRVINE/SURVIVAL MEDIA AGENCY
If the planet were a bank, we would have saved it already
Jeff Johnson
September 4, 2016

Imagine that it is 1971 – you are in college in Washington, DC and an analyst from the CIA addresses a class you are taking and lays out the argument that if the planet’s temperature keeps rising, the temperate zones (the bread basket of the world) will begin shrinking, causing geopolitical turmoil as food and fresh water becomes scarce and millions of people become refugees fleeing their countries.

I was in this class, and had a healthy sense of skepticism about both the message and the messenger, as well as what turned out to be a naïve belief that even if the analysis were correct, WE would never let that happen.

Was I ever wrong: we have let this happen. So now I feel a moral, economic, and existential imperative to help get this right and, as President of the Washington State Labor Council, to help put the labor movement on the right side of history.

Last fall, we did a town hall meeting on climate and controlling carbon and GHG’s with one of our steelworker local unions in Spokane with 110 workers. Toward the end of the meeting, we did an instant poll with results from handheld devices immediately projected up onto a screen at the front of the hall. We asked:

These are fascinating results from workers whose jobs could be on the line with an aggressive carbon reduction regime. It's also a powerful testament to the work that we're doing through the Alliance for Jobs and Clean Energy, which brings together labor, environmental, social justice, public health, and business leaders to work towards a just transition away from climate-disrupting sources of energy, while creating quality jobs so that no working families are left behind.

It is great that the narrative is beginning to shift, but my great worry is that we have to move folks from simply understanding the threat we face to a sense of urgency, and then to a position of readiness for mass action. I worry because we will need to do this in a much shorter period of time than we originally thought.

During the Paris climate talks last year, I was fortunate enough to be part of the labor delegation. Our goals were to increase nations’ ambition levels for carbon reduction, with periodic accountability reviews; to increase financing from economically central nations to developing countries in the Global South for mitigation and adaption; and to get “Just Transition and quality jobs” language into the operational portion of the document.

We were largely unsuccessful, although the Paris Agreement did create a framework to begin from, establishing the target of keeping global temperatures from rising more than 2 degrees Celsius, along with the aspiration to limit temperature rise to just 1.5 degree Celsius, which delegates from vulnerable nations and climate justice advocates demanded.

But the scary part is that the actual carbon reduction ambitions put on the table by the 195 participating countries add up to a rise in global temperature of between 3.5 and 4 degrees Celsius. This would, of course, take us well beyond what we understand as the safe limits. Life as we now know it would no longer exist, with many species becoming extinct. Island nations, sea-level countries, and cities like Miami, New York, Los Angeles would lose ground—lliterally—or vanish beneath rising seas.

According to everything I have read, the negative impacts of climate change are accelerating faster than we ever thought, which means the majority of fossil fuels need to stay in the ground, and we need an economic transformation the magnitude of which we have rarely, if ever, seen before.

This raises a series of issues highlighting the urgency with which we need to move:

The economics of energy production are shifting as we speak. Study after study shows that there are more jobs created in the clean energy economy than in the fossil fuel economy. But in an economy that remains for now dominated by oil companies, the facts don’t always stack up against dollars on the table dedicated to continue building the fossil fuel infrastructure that will lead us towards climate chaos.

I heard many times in different ways in Paris from leaders of unions and civil society groups that to move completely away from fossil fuels will involve large-scale dislocation.  It is our responsibility as leaders to make sure that during the transition, workers and communities are not left behind. As Quinton Sankofa, an organizer with Movement Generation in Oakland, says “Transition is inevitable, but justice is not.”

It would be insane to create a new clean energy economy and replicate the obscene income and wealth inequality that exists now. Our goal needs to be creating a new energy economy where all can share in the prosperity that will be created. We need to create a just and equitable transition that:

A young transit worker in Paris named Clara said “If the planet were a bank, we would have saved it already.” And she is absolutely correct. There is no question that we have the financial resources to fix the planet. The question is, do we have the will?

This article is based on comments Jeff made at Climate Solutions' annual reception in Olympia, April 21, 2016 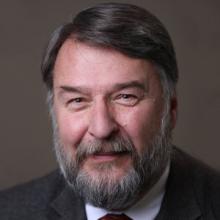 Jeff Johnson was elected President of the Washington State Labor Council, AFL-CIO, in December 2010 and was sworn into office on Jan. 5, 2011. Prior to that, since joining the WSLC staff in 1986, Jeff had served as special assistant to the president, lead lobbyist, research and organizing director, and as shop steward for his staff unit, which is part of Office and Professional Employees International Union Local 8.