President Obama was all over the map on climate in his State of the Union address this week -- exhorting us to do what's right and necessary to protect our grandkids, then turning around and defending his senseless and climate-destroying "All of the above" energy policy.

But now, the president faces a defining and unambiguous real-world test of his resolve on climate: whether to issue a permit for the controversial Keystone XL tar sands pipeline. An important environmental impact assessment on the project may be imminent. 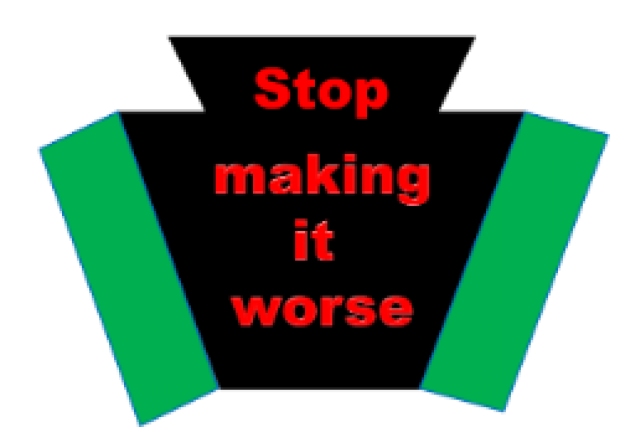 We might call this the "Keystone Principle," and not just because the president is applying it to the pipeline. If you do the climate math, it emerges as a precondition for the success of all other climate strategies -- a keystone, as it were, for climate solutions. We simply don't have enough time or money to keep pouring new capital into long-lived infrastructure for extracting, transporting and burning fossil fuels.

The Keystone Principle is a common sense proposition, backed by multiple lines of scientific and economic research. In one of the most influential climate science papers you've never heard of, a team led by German climatologist Malte Meinshausen developed a global "carbon budget," demonstrating that most of the world's fossil fuel reserves are "unburnable" if we are to avert climate chaos. The International Energy Agency starkly warns that the chance to preserve a stable climate will be "lost forever" without an immediate shift away from the long-lived infrastructure investments -- big fossil fuel commitments that make it economically impossible to live within a safe carbon budget.

But is the Keystone Principle practical? Don't we make climate disruption worse every time we drive to the store or turn on the lights? Yes, but we do these things within our existing infrastructure and emissions footprint. We can and must change them incrementally, over time. We'll replace fossil fuels with clean energy and build more efficient homes and cars. We don't need to forswear all fossil fuel use today in order to execute a winning climate strategy.

What we do need to forswear -- immediately and categorically -- is large, long-term capital investments in new fossil fuel infrastructure that "lock in" dangerous emission levels. These are the mistakes we haven't made yet: new pipelines, coal-fired power plants, and other fossil fuel infrastructure additions that make the problem not just worse but intractable. They would increase fossil fuel use every year for decades, and it is cumulative emissions that cause climate disruption. Keystone is both a conspicuous example of this kind of investment and a powerful symbol for the whole damned category.

Now, if you are a fossil fuel company, "locking in dangerous emissions" means locking in profits. It is your business strategy, precisely. For the rest of us, it's a one-way, non-refundable ticket to centuries of chaos. We must not buy that ticket.

Arguments that Keystone will not significantly increase emissions tend to ignore thecrucially important effect of large capital investments on energy markets. The pipeline will facilitate further exploitation of tar sands by "sinking" capital, tipping the balance of incentives toward more production. Other routes to market are less likely and less profitable (which is, of course, why the Keystone route was chosen.) Once these capital investments in fossil fuel infrastructure are made, the economic pressure to keep digging and burning becomes overwhelming.

There is a disturbing strain of fatalism in the suggestion that Keystone won't affect net emissions, characteristic of prevailing attitudes toward climate generally: "Canada will develop the tar sands no matter what we do." "They'll just find another route." These arguments are neither analytically defensible nor morally responsible. The physics of climate change is unyielding: burning the tar sands and other major carbon deposits willcause catastrophic disruption. So the notion that Keystone is benign because the tar sands will inevitably be developed amounts to capitulation: "Keystone won't hurt us; we're cooked anyway." Surely this is not what the president meant when he suggested the Keystone Principle in his stirring climate speech last June.

The argument also reveals a chronic detachment from the relentless human suffering that unchecked climate disruption will cause. Even if it were true that the tar sands would be fully exploited without Keystone, the results are unconscionable. "Someone else will do it if we don't" is no excuse. When people have to throw their kids in the ocean to protect them from "tornadoes of fire", well, you just don't want your fingerprints on that, no matter what anyone else does.

This is no longer a hypothetical discussion. The era of climate consequences has begun. The victims appear with growing regularity on the nightly news. What will we say to the prospective victims of still-preventable climate disasters -- the world's kids, and our own? Defying the Keystone Principle and approving the pipeline would be like saying "Sorry, you're out of luck. We will use our time and our money to make the crisis unsolvable."

President Obama has begun to edge away from the moral bankruptcy of that position. He pledged to move forward on climate (to make the situation better) and he has begun to use executive authority to reduce emissions. But the pledge rings hollow unless we stop making the climate crisis irrevocably worse. The president's decision on Keystone XL is a fateful test of that core principle.