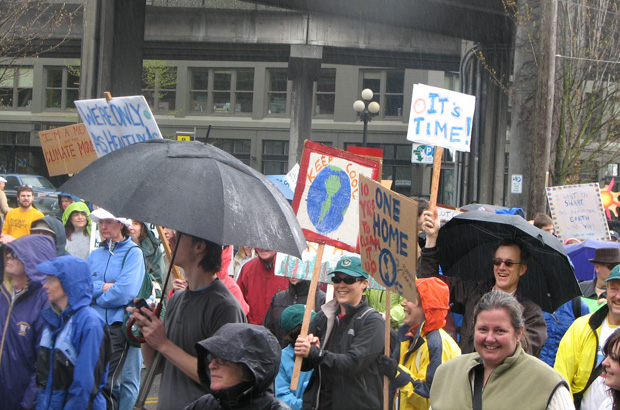 Is climate change-induced depression real? I’m not sure if it’s on the books yet, but I spent nearly a year slowly overcoming the severe depression and anxiety into which attending a climate change conference propelled me.

Maybe I dove in too deep, too fast: I started reading all of the apocalyptic predictions; learned about the “carbon bubble” (fossil fuel corporations have access to five times as much fossil fuel material than the amount climatologists say is safe to burn); realized that we’re now talking about “adapting” to global warming, not simply “mitigating” its effects; heard women tell stories of their homes in the Amazon being destroyed due to oil drilling; and met climate refugees eye to eye. Once an optimistic person, I felt deadened—hopeless, and even more helpless.

But I have recovered. I thought I could cure myself by escaping the issue, but I’ve since found an incredible sense of power and gratitude from becoming engaged in the climate change movement. Healing required me to act on my values, along with a few realizations:

Fossil fuels are miraculous. They’ve made modern society possible. But it’s time to move on.

1. First, I had to realize that hurricanes, wildfires, floods, and droughts have always happened throughout the history of humanity.  Yes, they are getting worse and, yes, they will definitely continue to happen more frequently, but to beat myself up every time I ride in a car or to immediately blame climate change every time there is a natural disaster is not healthy.

2. I am not a bad person for using gas or electricity, and I should not get mad at others when they use more gas than me. Fossil fuels are miraculous. They get us where we need to go and keep us warm. They’ve made modern society possible. But it’s time to move on. The system needs to change and we can help lead that change. Meanwhile, however, guilt is a useless emotion.

3. Although I’ve heard Bill McKibben say that little things like changing light bulbs and riding your bike aren’t enough anymore, it really is going to take a lot of seemingly too-small actions to make big changes happen. Not believing in little things is, for me, a recipe for frustration and apathy.

5. I learned to laugh. Isn’t it funny that as soon as the human species learned how to communicate on a global scale, we discovered that we have global problems? But even though we can communicate on a global scale, it’s often one-on-one conversations that really change people’s minds and actions. It can feel really lonely thinking you’re the only one who cares, and it’s not true. Many people just need a friend to inspire them to action.

6. We are nearing an important tipping point. More than half of Americans are now concerned about global warming, the World Health Organization warns that global warming is the greatest threat to human health, and the Pentagon names it as one of the greatest threats to national security. The Department of the Interior has made action on climate change one of their top priorities. Solar panels, electric cars, vegetarianism, and other local solutions are everywhere.

The People’s Climate March is our chance to stand together; not for the Earth - I have a background in geology - the Earth will be fine. And though I love Joshua Tree, Glacier National Park, and polar bears, this isn’t for them. It’s not for my grandchildren’s grandchildren either. No, I’m acting for people alive today. For justice and equality. For public health. And for myself - so, for example, I can ski with my grandchildren someday.  This march may be that tipping point, and I want to be a part of it. I will be there to join my fellow Americans join the rest of humanity in a movement that is already creating a better world.

We have a choice: we can let fear and apathy keep us hiding within our own separate lives, or we can engage with the energy that comes with joining others working on a cause that, if it doesn’t save humanity, will at least make us feel very alive. 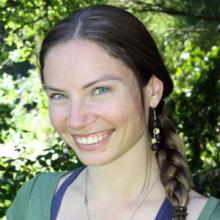 Katrina Rabeler is from upstate New York and currently lives at Noot City Co-op in Seattle. She works as a Community Assistance Fellow with the National Park Service's Rivers, Trails, & Conservation Assistance (RTCA) program and has volunteered with Cascadia Climate Collaborative.