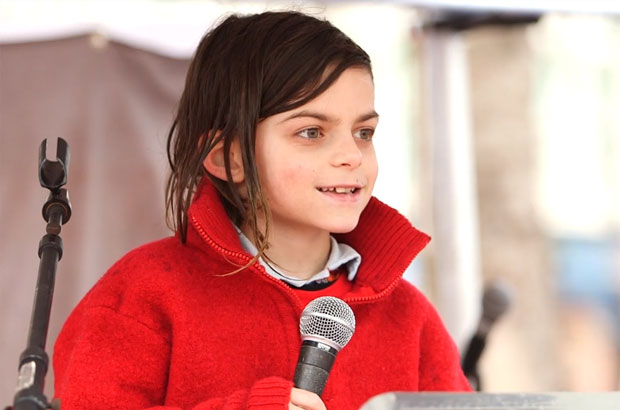 Instead, I decided to travel to a coal train hearing hoping to get to speak. I had never done anything like that before. I didn’t know what to expect, but I felt compelled to finally have someone hear me. It was nowhere near as exciting as getting arrested. But I did get to speak. Since then, I have become involved with Climate Solutions and Power Past Coal all across Washington State.

That hearing was a leap of faith. I stopped just attending climate actions, but I became involved in the situation when I decided to act. Previously, my climate work had meant rallys, protests, plantings and depavings, but I was merely attending. I wasn’t putting myself out there. I wasn’t really becoming vulnerable. Standing up in front of dozens of people with a microphone in your face and two minutes to pour your heart out tends to pull the vulnerability right out of a person.

That vulnerability meant that I was able to get connected to others who were trying to make difference. When we are connected we can work together to create meaningful impacts. We step past merely being bodies in room and become active participants for change.

Our planet functions through cycles and systems based upon loving support. The mountains cannot have their snow without the clouds delivering it from the ocean. The clouds cannot exist without the sacrifices of the ocean relinquishing its vapor. The oceans do not exist without the mountains giving their snows to the rivers. Flowers give their nectar in exchange for the bees to take pollen across the landscape. The bees are the carriers so that they may create honey, and in the process distribute future life. Fruits grow, filled with seed to create new plants which will eventually bear flowers so the cycle of generosity can all begin once again.

Without the initial giving, without the chance to be vulnerable, we find our planet barren. No snows. No clean rivers. No sparkling oceans. Without the generosity of the flowers and the work of bees, no fruits, no seeds, no trees. It takes that first step. That initial decision to go from just showing up to deciding to become a generous participant.

Oddly enough, we all feel more connected than ever. We have billions of Facebook likes a day. We have Instagram taking snapshots of the most mundane moments of our lives and sharing them with the world. We email everywhere – connection is in your pocket right now, just a beep away. But is it real? Does it actually require anything of ourselves? Or are we just showing up, logging in, and superficially fulfilling our need to really reach out to others?

Everyone with us tonight is in their own way serving the movement needed for real climate and clean energy solutions on the ground. Thank you for all that you do to be part of the solution. Climate Solutions is working every day to bring about the clean energy economy and put our region and country on a clean, sustainable, prosperous path. We’re all for climate solutions because we are climate solutions. Everything counts and is important. We are all connected. We have come together tonight as a community working towards a movement that is bigger than us. A movement where regional leadership can have global impacts.

Climate activist Dae Dahlquist has been interested in climate change issues since hearing about the subject on public radio at the age of four. He lives with his family in the Gifford Pinchot National Forest in southwest Washington State.