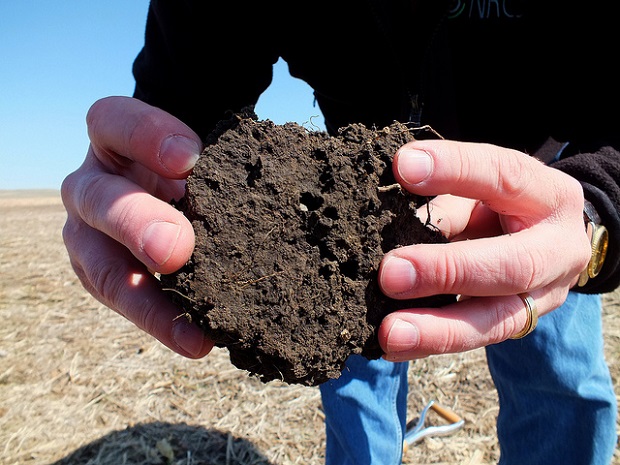 Soil—humble, lowly, everyday dirt—is an essential, irreplaceable, and strategic resource. And, as described in the keynote presentation at the recent Northwest Biocarbon Summit, soil degradation is at the heart of an under-appreciated global crisis.

Fertile topsoil sustains our food systems and forests and, it turns out, stores a whole lot of carbon in the process. Alarmingly, we’re currently losing topsoil at an incredible and unsustainable rate. Over the past 40 years alone, soil degradation has caused farmers to abandon an area equal to about a third of the world's cropland. At current rates, it would only take about 150 years to run out completely.

The good news? Biocarbon can help us reverse the historical pattern.

How did we get here?
Agriculture has long relied on plowing to deter weeds and drain and aerate the soil. The downside is soil degradation, as fertile topsoil is repeatedly stripped of protective vegetation and exposed to erosion by wind or rain, releasing stored carbon into the atmosphere in the process. Reliance on chemical fertilizer, rather than returning organic matter like crop stubble and manures to the fields, helps speed the loss of soil, soil organic matter, and fertility-building soil biological activity.

And, looking back through history, we can see what happens when a civilization degrades or loses its topsoil: societal decline, expansion, or agricultural innovation. Ever since the invention of the plow, the lifespan of civilizations outside of major floodplains (which receive annual deposits of fresh sediment: topsoil eroded from upstream) has roughly coincided with how long it takes to run out of fertile topsoil—about 500-1000 years.

Soil degradation and climate change
Soil degradation is an important driver of climate change because soil is a huge carbon reservoir, storing about three times more carbon than in all of the world's vegetation and two times more than the atmosphere. Over time, changes in the amount of carbon stored in soils reflect the balance between how much dead plant material is put in versus how much carbon is released through decomposition. Disturbing topsoil speeds oxidation and the release of stored carbon into the atmosphere. In fact, about a third of the carbon added to the atmosphere between the industrial revolution and the late 20th century came from degradation of soil organic matter as agriculture expanded across North America and Eastern Europe.

Building better soil
Fortunately, we can reverse the historical pattern. And the payoff is potentially huge, not only for climate mitigation but also for agricultural productivity, water quality, biodiversity, and public health.

On one side of the equation, we can reduce the amount of carbon released from soils by reducing soil exposure to erosion and oxidation. Possible strategies include conservation tillage, cover crops, replacing annuals with perennials, and drip, furrow or sub- (as opposed to flood) irrigation.

At the same time, we can add more carbon to soils by increased use of soil-building additives like compost, biosolids, and biochar in place of chemical fertilizers. Compost, biochar, and biosolids even have the added benefit of using something that otherwise would need to be thrown away—organic waste—to close the nutrient loop and restore life to the soil.

What now?
Soil should be seen not only as an under-appreciated crisis, but also as a secret weapon for addressing climate change, feeding the world, and improving public health. As it turns out, the trick is devilishly simple: stop treating soil like dirt. 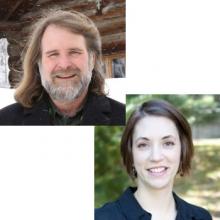 David R. Montgomery is University of Washington Professor of Geormorphology and author of Dirt: The Erosion of Civilizations. Slayde Hawkins Dappen is a graduate of Reed College and Georgetown Law School, and a former intern with Climate Solutions' Northwest Biocarbon Initiative.