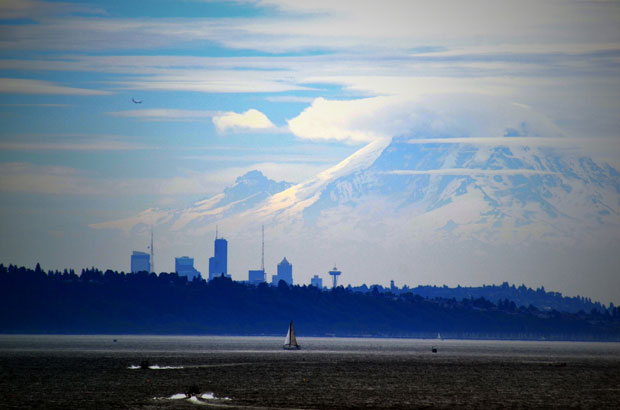 Yesterday the Washington State Department of Ecology released an updated draft of its Clean Air Rule, requiring reductions in carbon emissions from Washington’s largest polluters. The new draft includes a number of meaningful amendments to ensure the integrity of statewide emissions reductions. While there remains more work to do to craft the strongest possible rule, the Department of Ecology and Governor Jay Inslee made a number of improvements over previous proposals.

Some of these changes include covering more sources of pollution while protecting Washington’s jobs and global competitiveness; progress toward eliminating loopholes and double-counting of offsets that give twice the credit for half the benefit; and provisions to facilitate business expansion and to prevent businesses profiting unfairly from the terms of the rule. We’re also happy to see that Ecology will create an Environmental Justice committee with the power to drive investments in projects that target pollution sources which harm low-income communities and communities of color.

There is still more work to do. Climate Solutions will continue to work with the Governor’s office and the Department of Ecology to help promote advanced, less-polluting technologies like biofuels and to further refine the rule’s use of offsets to make sure that emissions reductions are real, additional, and verifiable.

While there is still room for improvement, the Clean Air Rule is a good step to ending our dependence on fossil fuels and carbon pollution. But this must be the first of many future steps. Governor Inslee took action to combat climate change after the Legislature’s complete failure to respond to unprecedented forest fires and drought.Ultimately, we will need legislators from both parties and in both houses to do the right thing—pass comprehensive action that creates thousands of jobs in the clean energy economy while protecting those most impact by climate change.