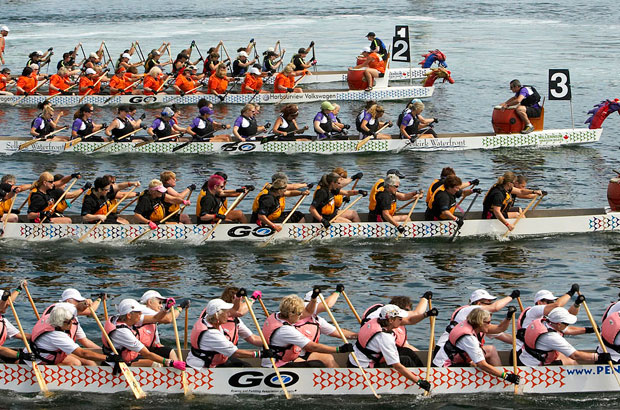 PROVINCE OF BRITISH COLUMBIA
We've got momentum
Gregg Small
February 5, 2016
We’re only one month into 2016 and I’m already astounded.
The waves of change seem to be getting bigger and bigger, and more frequent. 2015 created so much momentum for the fight to stop global warming – culminating with 190 countries all showing up in one place, rolling up their sleeves, and for the first time agreeing to set limits on climate pollution. While we know the agreement reached in Paris is not enough, it acknowledges that we’re all in the same boat together. We are finally rowing all together, and in the right direction.
There are also waves building at the national level: President Obama’s decision to stop the Keystone XL pipeline; the rollout of a Clean Power Plan to cut climate pollution from coal-fired power plants; solar and wind industries increasingly prepared to compete economically with fossil fuels; and most recently, a moratorium on new coal leasing on federal lands.
Here in the Northwest, too, we’re feeling waves of momentum.
At the start of January we saw big progress on accelerating solutions and cutting pollution. We have been deeply engaged in Oregon to get coal out of its energy mix by 2030 and double its renewable energy standard by 2040. Now, through a deal brokered with the utilities, we could win on those issues as soon as this month’s legislative session.
Also in January, thousands of people turned out in a sea of red shirts to show that they want to stop the proposed oil terminal in Vancouver, WA. If built, it would be the largest such facility in North America. Close to 300,000 people submitted comments against the proposed terminal—a record number.
So 2016 continues the energy for climate action generated in 2015. We are moving more and more to be on the offense. And Climate Solutions and our allies are working now to make sure that we chalk up several major wins by the end of this year:
• A policy victory in Oregon to transition completely out of coal in our electricity sector and double our commitment to clean renewable energy;
• A strong Clean Air Rule in Washington, one that will result in capping carbon pollution in the state and putting in place enforceable steps to quickly ratchet down emissions;
• Big wins on coal export, taking the two major proposals still in play – in Longview and at Cherry Point – off the table after five years of intense work;
• New, focused efforts to demonstrate that the clean energy economy is inevitable, irreversible, and irresistible.
Those victories are within our grasp.
But Climate Solutions has our eyes on more than just these big wins. We are also focused on building our movement, and strengthening our organization for the long haul.
In the coming year, we will further deepen our commitment to building the broad-based coalitions needed to win and to sustain our collective work and victories for climate action. We will maintain and nurture our deep relationships with core partners among business, labor, communities of color, public health groups and others, through the Alliance for Jobs and Clean Energy in Washington and Renew Oregon.
Within our own house, we are doubling down with on our own work on equity, diversity, and inclusion, a process that we began in earnest in 2015. And we will revamp our strategic plan to ensure a clear vision for the organization into 2017 and beyond.
We know we have momentum.  We know that over the next several years, we must figure out together the best ways to paddle with strength, to traverse the waves of change and reach our destination swiftly enough to guarantee a sustainable, healthy future for our planet and all people—powered by clean energy.
And we know that you are needed too.  We could not do this work without you. Thank you for all you do, and for staying engaged with us. We’re looking forward to the year ahead!

It doesn't have to feel like Life on Mars
Why solving the climate crisis is more urgent than ever
Facebook: stop giving climate deniers a pass
Black lives matter.
More by this author