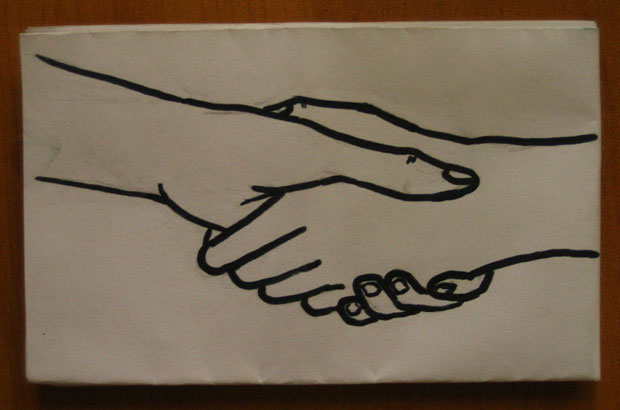 AIDAN JONES
What problem is the "conservative solution" a solution to?
KC Golden
February 9, 2017

What to make of this new push for a “conservative climate solution” offered up by a group of economists and former Republican heavyweights?  Is it real?  A bridge over the partisan divide? A stalking horse for anti-government ideology?  Substantively, could it work?

There’s no plausible political formula that just prices the living crap out of carbon. We need a sweeping energy transition, with solutions that work for everyone.

We don’t know yet.  Proponents of the underlying idea include sincere, passionate climate advocates trying to unwrap climate from the axle of political dysfunction, and right-wing ideologues trying to provide respectable intellectual cover for obstructionism and deregulation.

Here’s where to look for answers as this unfolds:

Conservatives in power:  Variations of this idea have been knocking around for a while, with “conservative” support mostly from economists and now some name-brand, formerly powerful Republican officials.  Suspiciously, it has tended to surface as a “more economically rational” but politically far-fetched alternative to something that actually had a chance of passing (Waxman-Markey in 2009), or something that actually exists (the Clean Power Plan).  Rex Tillerson’s “support” for a carbon tax clearly fell in the category of a “look over there!” distraction when cap and trade was a real prospect.  And while it may appeal to “conservative economic principles,” conservatives in power rarely seem to care much about those principles in practice.

So the first political question for those who would embrace this as a way to win over conservatives for climate action is:  Is there any there there?   Since conservative climate denial is essentially tribalism, as David Roberts persuasively argues, one threshold question is whether the tribe much cares about what these new (but, with respect, very old) proponents say.

An even more important question ultimately is whether this is in any way consistent with a strategy that does what we have to do to prevent catastrophic climate disruption – that is, whether it’s a “solution” to climate change, or only to the problem that Republicans look increasingly insane just hurling snowballs on the Senate floor.  The key indicators there are both the level of the price and the rollbacks required to seal a political deal.  It’s pretty much inconceivable that the price would be set at a level that would actually reduce emissions by over 90% in the next few decades, which is what we have to do.  So if we’re really trying to solve climate change, not just Republican embarrassment, then we need a mix of carbon pricing and other solutions.  There’s no plausible or durable political formula that just prices the living crap out of carbon.  We need a sweeping energy transition, with solutions that work for everyone, and some of those inevitably require regulation, public investment, and legal accountability.  Those who would exchange all that for this “solution” are solving the wrong problem.

Economically and politically marginalized voices:  Well-motivated and politically diverse proponents argue that dividends promote economic equity.  To my privileged white ears, their case seems persuasive.  But most of these folks don’t speak for the people who suffer most from economic inequity.  Climate advocates learned a tough and vital lesson about this in Washington State recently with the carbon tax ballot initiative.  Proponents of I-732 were surprised to learn that their efforts to promote equity didn’t look equitable at all to people of color and economically disadvantaged communities.  Critical discussions about what really is equitable either didn’t happen or fell apart in bitter acrimony.  Two things, however, became crystal clear:  1) Without equity and real, broadly accessible energy solutions, we won’t win a serious climate policy.  Folks won’t pay the price for a clean energy future if they can’t get a ticket to go there, and the fossil-fueled opposition will stoke economic fear into a lethal political force. 2) People of privilege don’t have the most standing to judge what’s equitable.  We can all have opinions and we should have a much better discussion than we’ve had.  But ultimately, this is where privilege needs to cede power.  Equity is not whatever the hell people who took lots of economics classes at elite private institutions say it is.

So, again, I see a very interesting equity case for dividends.  But the people making that case – including people of diverging political persuasions – are almost all elites.  If it’s so equitable, what do people who actually suffer from inequity have to say about it?

This is not a rhetorical question.  We should have a real conversation.