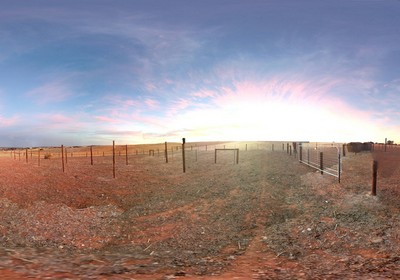 What if the farms, rivers, mountains and cities of the Northwest experienced a drought measured in years, rather than months?

The Showtime series Years of Living Dangerously kicked off last night with an episode showcasing Texas and Syria – two areas that have experienced extreme drought spanning the last several years. As the program demonstrated, the people in those places are weathering devastating impacts – economic, political, and real.

Closer to our Northwest home, we were wringing our hands nervously just a few short months ago.  In January, snowpack in the  region, including Washington and Oregon, was at least 25 percent below normal – an incredibly dry start to the winter.  That snowpack is critical for our drinking water, power generation, irrigation, and for many industries and commodities.

Then in soggy March, we experienced record rainfall (for Seattle, it was the wettest March on record)--a  drenching that washed away our drought worries pretty quickly.

But what if it hadn’t let up?

As Dr. Katharine Hayhoe, a climate scientist profiled in the Years series, points out: “Severe droughts can affect our food, our economy, and even our health. As climate changes, warmer temperatures will make our droughts worse, on average, by increasing the amount of water that evaporates during the drought, and drying out the soil. Climate change is also expected to alter our rainfall patterns, bringing more frequent drought conditions to many parts of the U.S., particularly in summer.”

One powerful story introduced in the Years of Living Dangerously premiere, "Pray for Rain," details how the company Cargill had to close a meat-packing plant in Plainview, Texas because after three years of drought, the state's cattle herds had declined by some two million.

In our region, what impacts would befall our key agricultural exports, such as apples and wheat, if we were left without rain for longer than a few months?

The likely costs would not be limited to our economic exports and the industries that depend on them. On the same day Years launched, a Bloomberg news story detailed how food prices are likely to rise both here and abroad, given the drought in California:

“Conditions are so dry that some farmers aren't  even bothering to plant. That might have even bigger implications for food prices than the 2012 drought that baked the Corn Belt, U.S. Agriculture Secretary Tom Vilsack said this week.”

And there is the cost of life with war and unrest.  "Climate Wars," a Years story line presented by columnist Thomas Friedman, further documents how drought and food insecurity in other parts of the world have helped produce social unrest and political instability.

So while many can breathe a sigh of relief – this year – for our local water supplies, we too will take a hit in our wallets, and our sense of security, as a result of water shortages around the world.

A person can survive without water for just three to five days.  A business, a farm, a state or a country can limp along somewhat longer, before reaching a point of desperation.

But instead of limping along, we can take a stand. One bright spot is a forthcoming report from the UN reassuring us that there is still a chance to turn around.  It’s not late—though it sure as heck isn’t too early—to act. We can, and must, protect a climate that lets us eat and drink in good health.