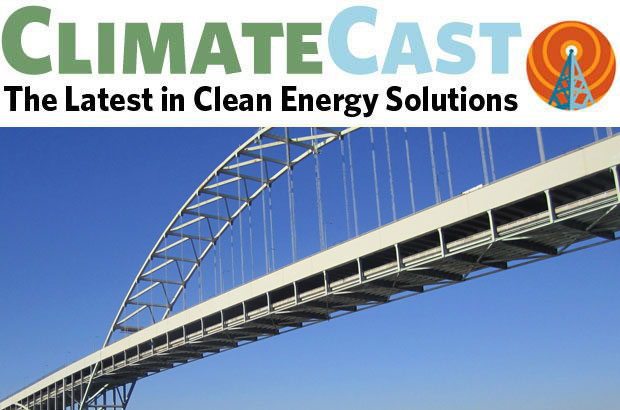 Oregon charging ahead for clean transportation and clean energy

Oregon lawmakers are considering several bills that would make it easier and more affordable to drive electric vehicles—including measures designed to help put zero-emissions vehicle ownership within reach of low income families. Putting more EVs on the road helps reduce the state’s largest source of carbon emissions. But as Climate Solutions’ Victoria Paykar argues, “if the state wants to be serious about climate action, legislators have to kick Oregon off fossil fuel energy as its electricity source.”

Legislators are working towards that goal as well, considering a plan for Oregon to transition towards 100% clean electricity. House Bill 2021-1, backed by a broad coalition of climate, environmental and social justice organizations, would require power utilities to cut emissions 80% by 2030 and 90% by 2035. The bill would also prohibit new permits for any fossil fuel power plants in the state.

In greater Portland, TriMet is expanding its electric bus fleet to include new longer-range buses that will travel up to 150 miles between charges. The agency is also experimenting with converting older diesel buses to run electric—if successful, that could be a cost-saving way to further reduce emissions.

In the years since the Paris climate accords were signed, the world’s largest banks have actually increased their investments in fossil fuel industries, according to a new report. The largest share of the staggering $3.8 trillion investments were made by US-based banks, with JP Morgan Chase, Citi and others investing billions in harmful expansion by Exxon, Shell, Enbridge and other climate offenders. “Everybody knows that the end is coming for fossil fuels. You can see it clearly in the way that stock markets around the world are valuing clean energy versus fossil fuels,” said energy investment expert Charles Donovan. “But in commercial banking, most investors aren’t thinking about the next 30 years of cash flows—at most, they’re worried about the next three.

A school district in rural Arkansas had an unusual motivation to invest in clean energy: raising revenue to afford sorely-needed pay increases for teachers. After placing 1500 solar panels on school property, the Batesville school district saved more than $600,000 in utility costs—and converted much of those savings into teacher salary increases.

Fossil fuel companies often spend more effort and money trying to convince the public that they’re environmentally responsible than they do changing course from their environmental pollution and climate-damaging practices. This month, a group of environmental advocates decided to try a new strategy to expose and stop this greenwashing, by filing a complaint against Chevron with the Federal Trade Commission. The FTC has the power to regulate deceptive advertising, including the meaning of terms such as “climate-friendly” and “carbon-neutral.”

America is reeling from news of the mass shootings in Atlanta and Boulder, among other recent acts of violence. These events are horrific reminders of the work we must all continue in our communities to undo racism and sexism, and to address violence.

Offer your time and contributions, share resources with others, and check out more ways you can help address anti-Asian violence where you live.