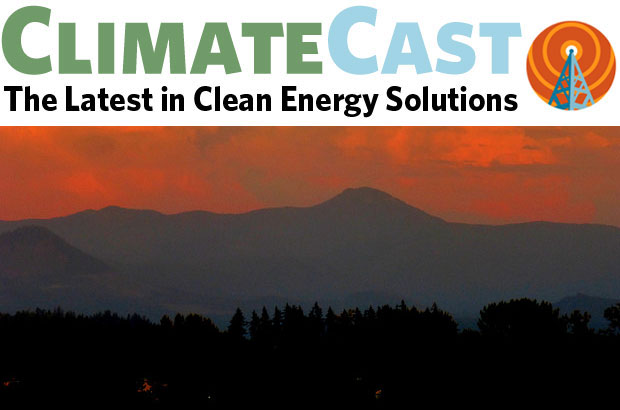 In a major win for clean air and climate action, the Oregon Legislature just passed HB 2021, which commits Oregon to adopting 100% clean, carbon-free energy by 2040. The bill sets the most aggressive clean energy transition timeline among US states and territories with 100% clean energy commitments (only New York matches Oregon's pollution reduction timeline and targets). It contains multi-million dollar community-based renewable energy investments, and enacts the strongest labor and apprenticeship provisions ever included in a 100% clean law. Climate Solutions’ Oregon Director Meredith Connolly summarizes the bill and explains why it’s an important win for the people.

Our Northwest region just endured a record-breaking heat wave, which disrupted communities, provoked rolling power blackouts, stoked an already-active wildfire season, and contributed to hundreds of deaths. It makes sense to reflect, during and after such extreme weather events, that one rational response might be to slow down the harm we’re inflicting on the climate—and ourselves—by burning fossil fuels. Inevitably, there are also naysayers who push back, pointing out that one can’t say that a singular hurricane or wildfire was “caused by climate change.” This week, however, in the wake of the “heat dome” that struck our region, such voices of denial have been drowned out by climate researchers confirming that the destructive heat wave is “a manifestation of climate change.” The Seattle Times reports that “scientists for decades have warned that our reliance on fossil fuels is warming our world. Now, they say, we’re taking the heat.”

Reporting on the health and safety impacts of the unprecedented heat has underscored that weather extremes hit some communities harder than others, posing particular threats to unhoused people and migrant farmworkers, among other vulnerable groups. In Oregon, a recent immigrant farmworker was among several reported deaths caused by the heat; workers’ rights groups in that state have been developing safety standards to protect workers from intense heat, but that process is not expected to be complete until late summer.

Climate scientist Katherine Hayhoe suggests that when weather turns extreme, there’s never a more important time to talk about the urgent need for climate action. She wrote this week that ”really hot, dry conditions are the only thing that most people in the US directly connect to climate change. So right now is a really important time for scientists to communicate with the public that climate change is here, and climate action matters.” Unfortunately people who are not already concerned about climate may not have an “aha” moment when temperatures rise; a fact supported by a recent Yale study. That’s why personal storytelling about climate action can be so important to build support for large-scale action (Our tips for talking climate here).

Newly-released video this week revealed details of Exxon’s lobbying war against climate legislation, and confirmed that the company has long worked to suppress climate science while cultivating key elected officials willing to slow or stop policies designed to respond to the climate crisis.

Climate and clean energy advocates are working to make sure a major federal infrastructure package incorporates critical climate-related investments including EV charging infrastructure, clean energy tax incentives, federal power grid modernization, and transit electrification. A recent proposal touted as a bipartisan compromise hass no such provisions. Not surprisingly, the backers of that proposal include senators named in the Exxon expose as “crucial” to the company’s efforts to blunt climate progress, among them Sens. Joe Manchin, Kyrsten Sinema and Jon Tester. Advocates insist that evidence of Exxon’s hand on the scales should now strengthen Democrats’ resolve to refuse “compromise” that forestalls urgent action. As David Roberts notes, “there is no ‘moderate’ position on climate change.”

The recent heat shock has many Northwest folks adding “replace gas furnace with energy-efficient, air-cooling heat pump” to their home improvement wish list. But there are more immediate—and cheaper—ways to put our clean electricity to work making our homes more habitable, using the window fans we likely already own. Treehugger provides some useful tips, including a refresher physics lesson on natural convection, humidity, and why ceiling fans may not be as great as you think.