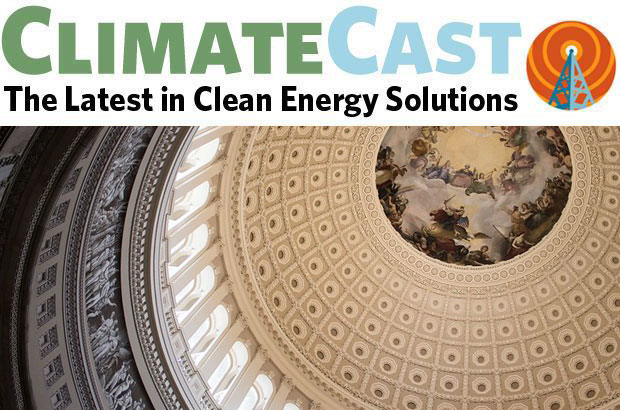 It’s Climate Week, and international climate leaders are warning that the upcoming COP26 negotiations in Glasgow—now just weeks away—will be critical for avoiding devastating climate consequences. In an effort to build momentum for the conference, U.S. and Europe have pledged to cut the use of methane, a particularly potent greenhouse gas. Here in the world’s largest economy, Democratic leadership in the U.S. House of Representatives continues work on its Build Back Better plan, which has the potential to be a profoundly consequential piece of climate legislation. David Roberts offers a detailed look at what’s currently in the package, including the powerful, carbon-reducing Clean Electricity Performance Program that would put us on a path to 80% clean electricity across the country by 2030 and 100% clean by 2035. The plan also includes support for numerous electrification programs, and a green bank guaranteeing support for clean-energy projects in vulnerable communities.

Additions and (more likely) subtractions are likely as the bill progresses towards House and then Senate floor votes. Climate advocates are pleased that fracked gas is excluded from the plan’s definitions of clean energy; the gas industry is lobbying furiously to stop the bill from including a proposed tax on methane. The influence of fossil fuel industry voices is evident in the fact that the proposed legislation preserves lucrative oil industry tax breaks, despite campaign promises and widely popular calls to finally end such perverse public investments in climate chaos.

Next steps? “When it comes to the climate,” KC Golden concludes in a letter published by the New Yorker, “we need congressional Democrats to play hardball, and to steer us away from catastrophic warming.” (That’s why Climate Solutions and many others are urging folks to contact Congress now.)

Rage against the Manchin

Passing strong climate legislation in this Congress will require the votes of the entire Democratic caucus in the Senate, and conservative Democratic Senators Joe Manchin (West Virginia) and Kyrsten Sinema (Arizona) have emerged as the most significant threats to that outcome. As chair of the Senate Energy Committee, Manchin—whose personal fortune and political career have deep ties to fossil fuel industries—may be in a position to derail some of the most crucial clean energy measures remaining in the proposed reconciliation package, meaning discord within the Democratic Party might mean congressional climate action stalls out.

This week, Manchin called for Congress to “pause” work on the reconciliation package until 2022, and wants negotiators to reduce the scope and cost of the plans by more than half. While congressional Democratic leadership has been clear that it intends to pass the major reconciliation package in both chambers at more or less the same time the House votes on a bipartisan infrastructure bill this month, divisions among caucus members may make that schedule difficult to keep. Senator Sinema this week brashly threatened to derail all new legislation unless the House votes on the infrastructure bill already passed by the Senate—independent of the larger reconciliation package.

It is not clear that Manchin and Sinema speak for many—or any—of their fellow Democratic Senators (when asked if he was aligned with Manchin on reconciliation, Jon Tester of Montana replied, “are you crazy?”) Meanwhile, climate scientists continue to amass evidence that we need to rapidly end our reliance on fossil fuels and every level of government needs to act; a new study concludes that a liveable future requires that we leave at least 60% of all remaining gas and oil reserves in the ground.

Cleaning up fuels in Oregon and the skies

A whopping 25% of transportation emissions come from heavy and medium duty vehicles, even though they comprise only 10% of all vehicles currently on the road. In Oregon, the Clean Air Healthy Communities coalition is working to clean up the fuel sources for these vehicles by supporting a proposed Advanced Clean Truck Rule and Heavy Duty Low-NOx Rule, currently under consideration by the state’s Department of Environmental Quality. The technology for 100% electric trucks and buses exists now with 70 different zero-emission models already in use, and the new rule would vastly accelerate the rate of their adoption in Oregon. The Low-NOx component would also reduce the amount of particulate matter in the air, meaning fewer serious illnesses among low-income neighborhoods, communities of color, kids on school buses, and vehicle operators.

In other clean transportation news, President Biden is working this week to clean up air travel by partnering with airlines on ways to cut their carbon emissions. While climate progress in that industry is crucial, the road to success will be long.

Industry: pay no attention to these toxic, explosive pollutants

It’s not breaking news that the fossil fuel industry actively works to cover up information about the dangers of their combustible commodities, but new evidence of their blatant misbehavior and bullying can be freshly shocking. Recent coverage shows utilities tracking their own social media coverage and then haranguing critical tweeters—or contacting their employers!—to complain about the bad publicity.

Encouragingly, there is also progress to hold the fossil fuel industry accountable. In a similar spirit to the Tobacco industry hearings of the 1990s that led to large public settlements for their suppressing of science to sell a product, this past week the U.S. House Oversight Committee called the top executives from major oil companies to testify on their suppression of data showing the burning of fossil fuels would lead to global warming. Meanwhile, more people are looking to the international climate meetings in Glasgow in November as a possible path for global accountability for the fossil fuel companies—and a means to finance the path to cut global carbon emissions to get to 1.5 degrees.

Pale and male: the face of clean energy industries

People of color and women are "vastly underrepresented" in clean energy jobs compared to the U.S. workforce at large, and many underrepresented groups lost ground between 2017 and 2020, according to a report released last week by BW Research Partnership, E2, and a coalition of clean energy industry groups.