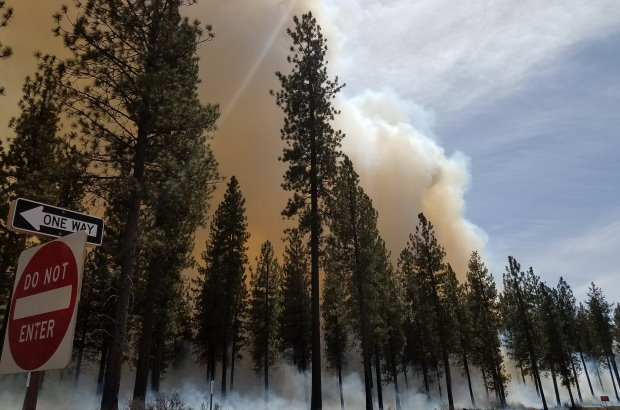 BUREAU OF LAND MANAGEMENT
It's the 11th hour for climate and Congress
Gregg Small
September 20, 2021

We all know the weather is getting weirder and worse. Pollution from fossil fuels is fueling the climate crisis. Yet while things seem to be getting worse, we also know there is a window of time right now when we can still make a big positive difference in the climate math.

But we need our elected leaders to act boldly to protect our lungs, clean up carbon pollution, and create good-paying and clean ways to get around in our communities. After a long drought inside the Beltway, Congress is poised to vote on the largest investments in climate solutions in our nation’s history to move our country beyond fossil fuels.

Your congressional delegation needs to hear from you now if they’re going to lean into the pushback from the fossil fuel industry.

What’s at stake? Over $3 trillion in investments for a healthy future. Commitments to move the entire country a lot closer to a grid powered by 100% clean electricity. Investments to ensure our homes and buildings where we live, work, learn and play are also safe and fossil free. And critically - making sure those solutions are affordable and accessible to all households.

Contact your members of Congress now to pass a strong budget that invests $3.5 trillion into our economy, communities and climate stability.

The Clean Electricity Payment Program proposed in the current budget reconciliation bill will put us on a path to 80% clean electricity across the country by 2030 and 100% clean by 2035 while creating a million net new jobs, modernizing the grid and protecting ratepayers.  The Pacific Northwest is leading, passing some of the strongest laws in the land to commit our region to 100% clean electricity. Now it’s time for Congress to step up and make it happen at the federal level.

The latest climate science report named the truth: the way out of the climate crisis is to have every level of government act to accelerate solutions at scale in our society. Fossil fuel industries are doing all they can to try and stop these needed solutions, that are working now, from happening in D.C. With enough public pressure, our leaders will follow and do what’s right and necessary, not politically safe.

As a bonus after you take this action: we’ll send you the details for a special zoom rally happening this Thursday with Washington State's Governor Inslee and other leaders from around the country. Tune in and you’ll get an update on what’s happening and how else to help with this critical opportunity!