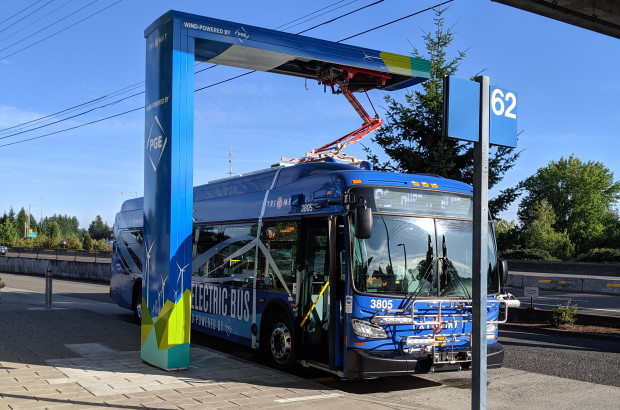 PORTLAND, OR—TriMet, Oregon’s largest public transit agency, has committed to fueling its existing fleet of transit vehicles with renewable diesel as part of its transition to a clean, non-polluting transit vehicle fleet. Today, the TriMet Board approved a five-year contract to purchase the renewable diesel.

In 2019, TriMet pledged to replace its large diesel bus fleet with non-emitting bus options, starting with electric buses that will be powered by 100% clean electricity. After testing several models over the past two years, TriMet is preparing to place its first major order for 24 electric buses. This will be the transit agency’s first major order for new solely all-electric buses and do not include new diesel buses. However, it will still take many years to cycle out all of the dirty diesel buses on local roads and replace them with clean electric ones. In the meantime, TriMet’s fleetwide adoption of renewable diesel instead of conventional diesel will drastically cut the amount of unhealthy air pollution released by transit vehicles in the Portland metro area.

Thanks to Oregon’s Clean Fuels Program, renewable diesel costs only pennies more per gallon than conventional diesel and because it burns more cleanly, renewable diesel actually saves money for TriMet because it reduces the amount of maintenance required on buses. Most renewable diesel available in the United States is currently sold in Oregon and California due to both states having a clean fuels program.  TriMet joins several other Oregon- based public and private fleets  who have made the shift from conventional diesel to renewable diesel,  including Titan Freight, Lane Transit District, Portland General Electric, Eugene Water & Electric, Multnomah County, City of Portland, City of Eugene, and Oregon Department of Transportation.