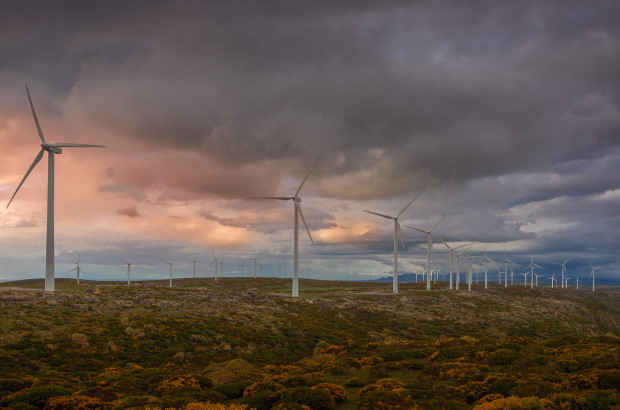 A lot of the focus today is what happened yesterday, Election Day. But at the end of last week, two surreal things happened at the same time in Washington, D.C.

Last Thursday, President Joe Biden announced the final details of the Build Back Better agenda, which included by orders of magnitude the biggest investments in our nation’s history for climate solutions, climate justice, and good jobs. At the same time, the CEOs of some of the biggest oil companies on the planet were having their “Big Tobacco” moment, testifying before Congress trying to defend their industry’s decades-long public relations and lobbying campaign to subvert and stall progress on climate change.

It was a moment that was a long time coming: a US president announcing climate commitments at a large scale and oil industry executives beginning to face accountability after decades of lies and deception. This day represented a major step forward.

If Congress steps up to pass it, the Build Back Better bill would represent by far the largest federal investment in climate and clean energy ever. The total climate and justice investment is $555 billion, the single largest investment in the entire bill, and more than six times larger than any previous federal effort on climate. This money, if invested well, holds the potential for transformative change in how we get around and power our economy, in how we address environmental injustice, and how we create good jobs in an increasingly globally competitive clean energy market and reduce US annual emissions by more than a gigaton.

Congress intentionally designed the bill to make sure that benefits from the programs help those most impacted by the climate crisis. It includes massive investments focused on creating clean energy jobs in low-income communities, a green bank that will direct 40% of its funds to what it defines as disadvantaged communities, and targeted grants and loans to help rural communities. It includes provisions to create a new Climate Conservation Corps slated to hire 300,000 young people.

There are also numerous small but incredibly meaningful provisions that will add up to major benefits. For example, there is a piece of the bill that would provide “direct pay” incentives for solar panels, electric water heaters, and electric heat pumps. By making these electric appliance incentives refundable and “direct pay,” Congress has ensured they are available to all homeowners—not just wealthier homeowners with tax liability. Providing these incentives for electric heat pumps is particularly significant for climate resiliency in the Pacific Northwest (where heat waves are becoming more common), because they provide BOTH heating and cooling in a single appliance, but without the air pollution of gas furnaces and better energy efficiency than window air conditioning units.

Unfortunately, the bill also contains some big disappointments, at least in its current state. At the insistence of West Virginia Senator Joe Manchin, Congress removed one of the most important provisions. The Clean Energy Performance Program would have set the nation on an ambitious course for 100% clean electricity and was in part modeled on what we have achieved in the Pacific Northwest. Sen. Manchin has deep ties to the coal industry and made clear throughout the negotiations that he was working to protect the coal and gas industries.

It is possible for two things to be true at once with Build Back Better—that it is the biggest federal climate policy ever with its massive investments for climate, and it is not enough. To have more progress than ever before and still to have to keep going as it is not enough.

But it’s hard to look closely at this package and not view it as historically significant progress. And it is not the only sign of positive change.

A month ago, Illinois became the latest in a growing number of states to pass very meaningful climate policies. Experts hail this bill as including the most stringent equity and labor standards of any bill focused on clean energy in the nation, continuing a trend where states are building equity and labor more deeply into climate bills. Along with California, Oregon, Washington, Colorado, New York, and many more, states are leading the way in advancing real climate solutions. Combined, these state policies are scaling up to make a difference.

A few weeks ago, Hertz announced a major deal to purchase 100,000 electric vehicles in their effort to become a new type of rental car company. In late September, Ford announced their plan to invest over $11 billion to build new manufacturing plants in Tennessee and Kentucky that will create over 11,000 jobs. Together, these represent another significant step forward in accelerating transportation electrification and one that will continue to help to drive innovation and cut costs to make more electric vehicles more affordable for more people while bolstering good jobs.

These and other advances are making a measurable difference to reduce climate pollution, clean up our air, facilitate a just transition, and redress environmental inequity.

Here in the Pacific Northwest with recent accomplishments like 100% clean electricity, the creation of a clean fuels coast, and passage of strong cap and invest policy in Washington, combined with the huge investment from the federal government, we have a pretty clear path forward. Climate Solutions will continue working alongside our partners to implement these solutions and make sure that the money is invested smartly and equitably, so that the people in our communities see concrete improvements in their lives through cleaner air, increased job opportunities, affordable solutions and meaningful cuts to climate pollution. We also want to tell the stories of success.

These actions come at the start of the United Nations’ COP 26 climate conference in Glasgow, where the U.S. and other countries are convening to hopefully come together for collective global action, with countries rising to the challenge to commit to strong action, even just yesterday over 100 countries announcing commitments to cut methane pollution. Yet it is not hard to feel dispirited by the continued reports coming from the leading scientists on the planet with yet another study of how dire it could be and if we can meet the challenge.

We firmly believe that good public policy drives innovation and robust private investment, which then cycles back to more ambitious public policy and ever greater innovation accelerating the affordability and accessibility of the clean energy solutions. The only way to win major policies is to elect people that put a priority on equitable climate action. And then we have to bring the public pressure needed to get those elected officials to act in the public interest, not the special interests vying for their own benefit. To create positive change and shift things for the better is to keep going and not give up, as President Biden points out, “We’re standing at an inflection point in world history.”

So I’m asking you to again contact your member of Congress.

They need to act now and keep the momentum going. And get your family and friends (especially those who live in West Virginia and Arizona) to make contacts too!

I thank you for your support of Climate Solutions and all that you are doing to move equitable solutions forward.

It doesn't have to feel like Life on Mars