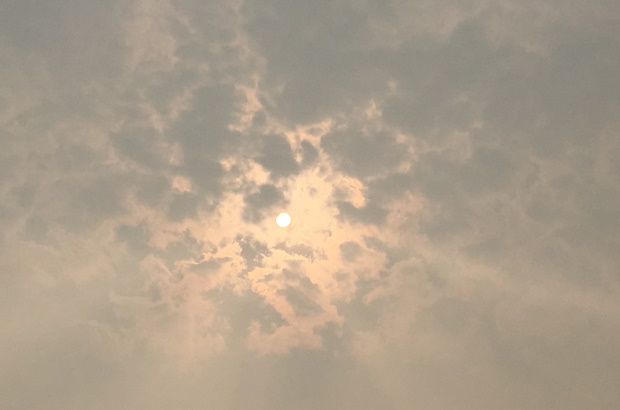 Kimberly Larson
It doesn't have to feel like Life on Mars
Gregg Small
September 10, 2020

Is this life on Mars? The last few days have been filled with images of our shared sky literally burnt orange in color. Like a light switch the other day, it felt like the entire Pacific Northwest was on fire. Things seem so volatile in so many ways at once.

While stuck in the stress of the smoke, COVID, racial injustice, and economic peril, we are also approaching the last two months of this critical and volatile election period. We need to look ahead to be ready to go when things settle from this historic vote.

So first, a bit of bright news during these hard times. The climate movement in the United States is better aligned than it has ever been. Journalist David Roberts recently offered a compelling summary of this alignment, describing the convergence around three big ideas for how to address the climate crisis: standards, investment, and justice. Roberts traces the arc of the climate movement as it shifts away from the emphasis on pursuing policies to account for the cost of carbon pollution, to focusing on implementing policies to move toward 100 percent clean electricity, investing in developing and deploying technologies like renewables and electric vehicles at scale, and ensuring that all of the work has a foundation rooted in a deep commitment to racial justice.

The potential if we can drive change centered on these three big ideas is more promising than ever. Currently, however, the slow pace of change in public policy is the primary barrier to progress. That said, there are two incredibly promising trends underway right now that should give us all reason for hope.

With the economics of climate solutions improving rapidly and the business world making commitments that will further drive down costs, more people have access to affordable electric cars and renewable energy every day.

If we had more time, perhaps we could simply let the market keep driving down costs, making it economically irresistible to move away from fossil fuels and toward cheaper solutions. Unfortunately the science is terrifying and the smoke and wildfires now remind us: to avoid catastrophic climate change we must accelerate progress, and make sure that the benefits of the clean energy transition reach everybody.

We also have another huge problem - racial justice and inequality. In a recent piece we talked about how important it is to address climate justice and racial justice together, not separately. Climate policy must include all three elements- standards, investment, and justice- in order to address the challenges before us at speed and scale.

With this election, the opportunity for transformative change is upon us. There could be incredible momentum to take bold action on climate. It is critically important that we are ready to act if that happens.

Here’s how we’re thinking about our broad strategy right now:

We are at an inflection point where we need to do a large number of things all at once. If we move forward with these four strategies post-election we could shift things significantly and make major climate progress.

Your help in turning these strategies into action will be essential. Right now here are some things you can do:

Support the struggle for racial justice

There are so many great organizations doing important anti-racist work on the frontlines here in the Northwest. Here are two of our suggestions:

Washington state: Give to Front and Centered’s Frontline Response Fund

This fund provides support to people dealing with lay-offs, school closures, medical issues, and other impacts of the coronavirus pandemic in communities throughout Washington State.

Save the Date for November 4th

While there is a lot to focus on between now and November 3rd, we need to be ready on November 4th for what comes next and immediately call for strong action post-election. We’ll need to keep the pressure on to ensure that these proposals become the framework for a clean energy economy that creates healthier communities and a more vibrant and just economy. Get ready to get started.

The impacts we see do not have to be the new normal. We can have a clean energy future vs. one that feels like one on a far off planet.

If you have any reactions, please send them my way at gregg.small@climatesolutions.org.

Bigger than all of us