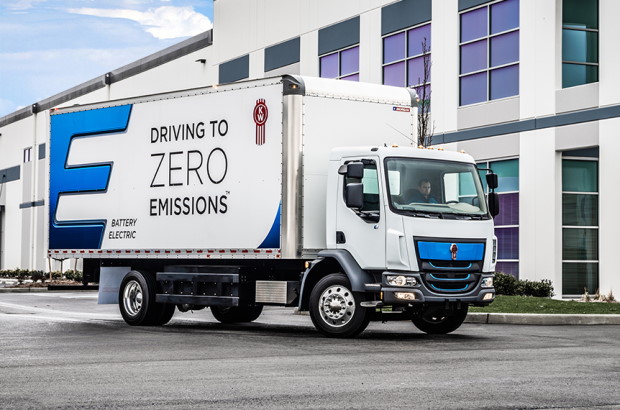 Did you hear the news? Oregon now has the strongest clean fuel standard in the country.

The Oregon Environmental Quality Commission listened to the public, advocates, and all of you and took action to expand the clean fuels program, meaning that lower carbon fuels will be more available and affordable than ever.

We want to thank you for your continued support and advocacy!

Click the link below to see our coalition’s news release that was sent out to media outlets on Friday after the rule was passed.  Oregon is now part of a larger “clean fuels coast”; California, Washington and British Columbia have existing clean fuel standards, while other states in the Midwest and on the East Coast are also considering similar rules.

Salem, OR - Today, Oregon set a new nation-leading standard that will protect our air from fossil fuel tailpipe pollution and accelerate the transition to cleaner fuel options, like electricity and renewable biofuels. Extending and strengthening the State’s Clean Fuels Standard will improve public health, guard Oreognians against future oil price spikes, and multiply the opportunities for job creation and economic growth of the already successful standard.

This morning the Oregon Environmental Quality Commission (EQC) adopted new rules, effective immediately, expanding the existing Clean Fuels Program (CFP) which is one of Oregon’s most successful policies for reducing climate pollution from the transportation sector. Previously, the program’s target was a 10% reduction in carbon intensity for fuels by 2025. The new rules for Oregon expand the existing standards and reduce the carbon intensity of transportation fuels 20% below 2015 levels by 2030 and 37% below 2015 levels by 2035.

Since the CFP went into effect in 2016, the program has eliminated nearly 6 million tons of climate pollution and funneled roughly $100 million annually into the expansion of the clean fuels market, creating jobs in the clean fuels economy, and increasing production of lower-cost, low-carbon fuels and electric vehicle infrastructure.

“The Clean Fuels Program is a proven example of how the transition off of harmful fossil fuels can create jobs and support vibrant local economies in Oregon. The program has far and away achieved expectations in its first six years and all signs point to continued success. We’re thrilled that the EQC has taken this step, and we look forward to working to maximize benefits under the program, such as affordable and accessible access to public charging stations for electric vehicles, especially for BIPOC and rural communities,” said Nora Apter, Climate Program Director for the Oregon Environmental Council.

Investments driven by the Clean Fuels Program have benefited communities large and small all around Oregon. Electric school buses are rolling into cities across the state–from Beaverton to Bend, Sherwood to Salem–thanks to CFP. Nonprofits like Meals on Wheels, the Native American Family and Youth Center, and Oregon Food Bank have saved on fuel costs thanks to new electric vehicles supported by the program. Charging stations for electric cars and trucks are sprouting up from Pendlton to Klamath Falls to Forest Grove. Income-qualifying people in Corvallis received rebates on electric bikes, which can entirely replace many trips in a car. TriMet, Oregon’s largest diesel user, and companies like Titan Freight are saving money by running entirely on renewable diesel, made more available and affordable by the Clean Fuels Program.

Victoria Paykar, Oregon Transportation Policy Manager for Climate Solutions, noted, “This summer’s record-hot temperatures, heat waves, and soaring gas prices reminded us to keep pushing on climate action and accelerating towards local cleaner fuels to power how we get around in our communities. With the transportation sector making up Oregon’s largest share of carbon pollution, it’s been encouraging to see government agencies step up to propose climate-smart rules for our state and our lungs.”

Oregon is part of a larger “clean fuels coast”; California, Washington and British Columbia have existing clean fuel standards, while other states in the Midwest and on the East Coast are considering similar rules. Today’s action makes Oregon’s clean fuels program the strongest in the country and demonstrates continued leadership.

"Everyone in Oregon pays for the damage caused by burning fossil fuels with their health and their pocketbook. People living on low incomes and communities of color pay the most because they tend to have more exposure and fewer resources to address the subsequent healthcare challenges. The beauty of the Clean Fuels Program is that it not only reduces the pollution that causes climate change, but it also reduces exposure to things like diesel engine exhaust and invests in healthier solutions,” said Jessica Nischik-Long, Executive Director of the Oregon Public Health Association.

The new standards are essential for ensuring Oregon achieves the state’s goals for combating climate change. Key to the program’s success is its holistic, “well-to-wheels” approach to measuring emissions from vehicle pollution. The program looks at the climate impact from how a fuel was extracted, processed, and transported, to its final use. It then assigns a “carbon intensity” score for each type of fuel, and requires a reduction in the carbon intensity of transportation fuels over time.

Though industry opponents have claimed that the program would cause steep increases in gas prices, those spikes have not materialized according to recent studies, and many others in the business community support the program.

Tim Miller, Director of Oregon Business for Climate, said, “The recent price shock, driven by the war in Ukraine, is a wake-up call on Oregon's vulnerability to global fossil fuel markets. The beauty of the Clean Fuels Program is that it transitions us away from fuels produced elsewhere, and promotes a market for clean energy jobs here in Oregon.  That means electrical workers installing EV infrastructure and new clean energy, jobs at renewable fuels producers from Salem to Boardman to Clatskanie, and agriculture and forestry work growing renewable fuel feedstocks.

Within the state program, businesses, local governments, school districts, and others that create or use fuels that are cleaner than the annual limit generate credits, while higher carbon intensity fuels create deficits. Businesses that sell high carbon fuels have to balance out the number of deficits they hold by purchasing credits, which in turn produces revenue to pay for projects that lower climate pollution, such as installing electric charging stations or purchasing an electric school bus. The Clean Fuels Program then encourages further reductions in carbon intensity by allowing a fuel provider to sell credits they have earned by going beyond the reduction goals for that year.

The expansion of the CFP is welcomed by a broad range of businesses, scientists and health and energy policy professionals.

“With this action, Oregon is strengthening an important science-based policy and demonstrating its leadership on fighting climate change and pollution. The new targets will drive down emissions, cut oil use, and help Oregon build the clean, safe transportation system it needs for the future.”  Jeremy I. Martin, Ph.D., Director of Fuels Policy, Senior Scientist, Union of Concerned Scientists

"The Clean Fuels Program has been key to​ reducing emissions and increasing access to electricity as a transportation fuel. Today the EQC ensures the program can play an even bigger and more effective role. We applaud their action."  Lauren McCloy, Policy Director, NW Energy Coalition

“Since these cleaner burning, low emission renewable fuels can be made from locally-sourced used cooking oil and food waste materials, Oregon is positioned as a leader in the sustainable economy. An expanded Clean Fuels Program will help us scale these technologies and create jobs families across Oregon.”  Sequential Biofuels

“Burgerville is proud to be part of a growing network of restaurants around the region that sends used cooking oil to local biofuels companies where it is refined into sustainable, cleaner-burning transportation biodiesel blends for a wide range of vehicles. We’re excited to have more of our fries fuel diesel engines.” Burgerville 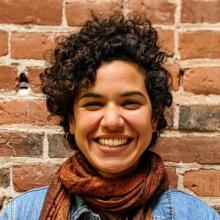