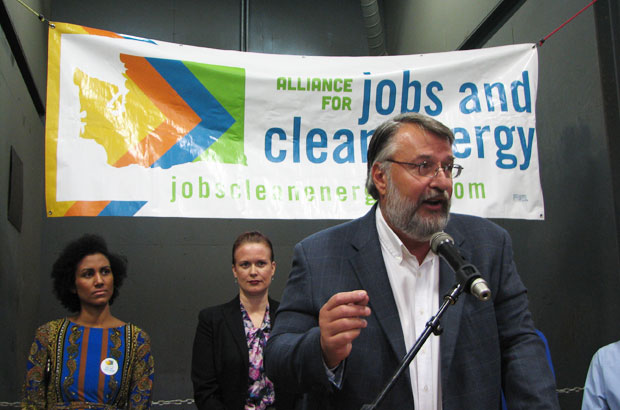 We often hear: change is the only thing to stay the same.

The Northwest just experienced the worst wildfires in our state’s history—the second year in a row, after a dry winter and hot, drought-filled summer. We are starting to see the impacts from a changing climate. But those impacts from climate change do not need to be inevitable.

Thankfully, our transition to a clean energy economy is also happening now. But can we accelerate that transition fast enough to solve the climate crisis?

We know that a majority of the public supports climate action, yet we see little action in our state capitols given the fossil fuel industry influence.

This week demonstrated that there is political leadership to have the Northwest lead.

In Washington, the Alliance for Jobs and Clean Energy announced its plans to take an initiative to the people in 2016 to account for the cost of carbon in the state’s economy. If approved, the initiative would build on the state’s recently announced Clean Air Rule by enforcing existing global warming pollution reduction targets, charging the largest emitters a fee for each ton of carbon pollution they emit. The funds will be invested in accelerating the transition to a clean energy economy and addressing the impacts of carbon pollution on our air, land and people.

Climate Solutions stood with leaders from Washington businesses, the labor movement, public health advocates and communities of color as well as environmental, clean energy and science leaders. Together we intend to give voters an opportunity to account for the cost of carbon pollution and to invest in the people, communities and natural resources of our state.

With over 150 supporting organizations, the Alliance for Jobs and Clean Energy is Washington state’s coalition of individuals, organizations and businesses that are dedicated to reducing global warming pollution and strengthening our economy. The Alliance is a diverse, ever-growing coalition that includes communities of color, faith leaders, labor unions, businesses, environmental groups and public health groups. 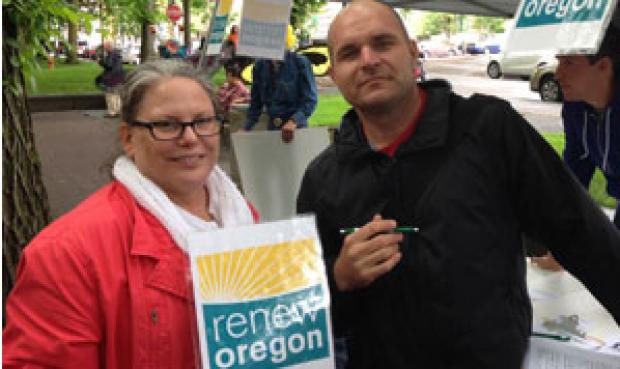 And in Oregon, Renew Oregon filed two ballot initiatives for the 2016 election to transition all coal out of Oregon’s electricity mix by 2030 and double Oregon’s commitment to clean, renewable energy by increasing the renewable portfolio standard to 50% by 2040. When combined with existing hydropower, Oregon’s power mix will be 90% clean over the next 25 years. Oregon will be the first state in the nation to take a public vote on going coal free.

Renew Oregon is a growing coalition of businesses, nonprofits, faith and community organizations, and individual Oregonians working to make Oregon a leader in the fight against climate change to promote a cleaner, more prosperous state.  Climate Solutions is proud to be a part of Renew Oregon.

Going up against the fossil fuel industry is no small task. It will take all of us rolling up our sleeves in real and needed ways.  The breadth and depth of our expanding coalitions shows that the Northwest is ready for that challenge in 2016. Today is an exciting day, in an incredibly challenging period of time.

Now, the people lead for climate action in 2016.  That is the kind of change we need to see.