Every time a state responds to public support and proposes a new initiative to create jobs while also providing cleaner air and healthier communities, polluters say it will harm the economy. And each time, the doomsday predictions are just flat out wrong. Climate change is no different.

Fossil fuel companies are trotting out another round of warmed over allegations that climate policy, in particular a clean fuels standard, is unworkable and will crash the economy. They’re running up against a difficult opponent: reality. Clean fuels standards have been in place for a number of years in California and British Columbia and the data show that as these policies move forward they are working, at much lower costs than predicted.

A new review of the CA clean fuels standard conducted by NW New Energy found that the policy is working as intended: the economy is up, carbon emissions are down, and costs are hard to detect. The analysis found that the CFS led to the displacement of over two billion gallons of gasoline and 77 million gallons of diesel fuel. This has already resulted in a reduction of 2.8 million metric tons of carbon dioxide—equivalent to taking 500,000 cars off the road.

Furthermore, the implementation of the standard has had no discernable effect on fuel prices. In fact, California's gas prices have increased less than the national average, and considerably less than the East Coast or the Midwest.

While Californians have been using less petroleum due to the CFS, they have enjoyed robust GDP and job growth. In 2012, California boasted the second fastest growing economy in the country, and between 2010 and 2013 cut the unemployment rate by 27 percent.

One of the oil industry’s favorite canards is that a clean fuels standard is going to drive oil refining and manufacturing out of state or - gasp - out of the country. The most infamous example of this, again in California, is a study produced for the Western States Petroleum Association (WSPA) portending to show that refining, and general industry by insinuation, would be headed south to Mexico (the study has achieved infamy by being refuted again and again and again and again and again). It’s a scary story to be sure, but not one grounded in reality. The United States hasn’t built a new oil refinery the size of BP’s Ferndale facility, the largest in Washington with a capacity of 225,000 barrels per day, since 1977. In fact, it makes more sense for oil companies to increase investments in existing facilities, making them more efficient. Refineries just aren’t one of those things you can pack up and move.

Fossil fuel companies are running up against a difficult opponent: Reality.

These scare tactics just don’t fly. It’s clear that big oil’s predictions for the cost of a variety of clean air and vehicle efficiency measures have been atrociously inaccurate. In each case, the doomsday predictions have failed to come true, as good policy unleashes innovation and investment in cleaner alternatives. That is the kind of story that we are already seeing happen with the clean fuels standard.

Earlier this year, California’s Clean Fuels Standard was upheld by the Ninth Circuit Court of Appeals. Writing for the majority, Judge Ronald Gould’s opinion (a surprisingly good primer on the policy) states unequivocally that the policy “is starting to work as intended.” The Federal court’s opinion is significant for showing businesses and other states that a well-designed clean fuels standard is robust legally, economically, and environmentally and a sound regulatory foundation on which to make long-term investment. In other words, the scaremongering about the legitimacy and function of California’s program is just that, and if oil companies want to cling to a carbon-centric present that is already dying, they will be the only ones. The rest of the fuels industry is moving ahead meeting the market demand for cleaner alternatives.

Make no mistake, climate policy is moving ahead everywhere you look. The Regional Greenhouse Gas Initiative, a cap and trade system for electricity sector, is saving consumers money in the Northeast, the latest studies out of British Columbia show that a carbon tax has decoupled economic growth from petroleum consumption (with a big assist from a CFS) and the clean fuels standard is ready for prime time in California.

Click on the images below to view presentations from clean fuels experts: 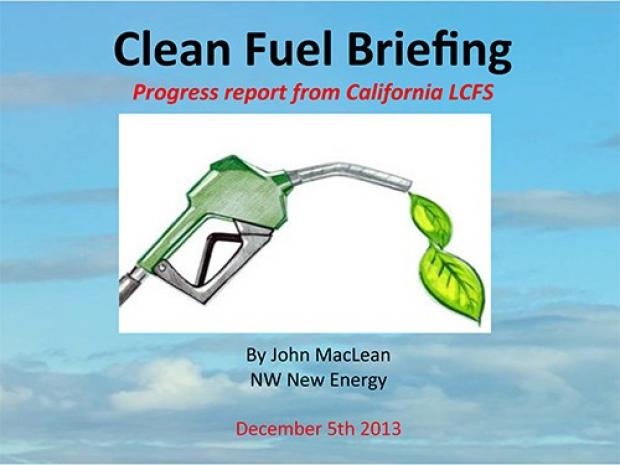 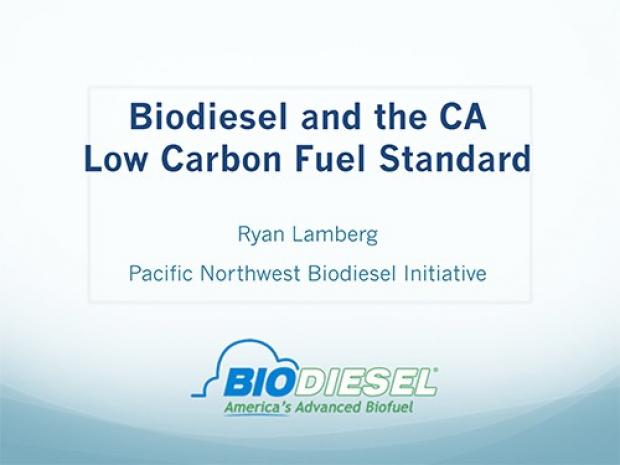 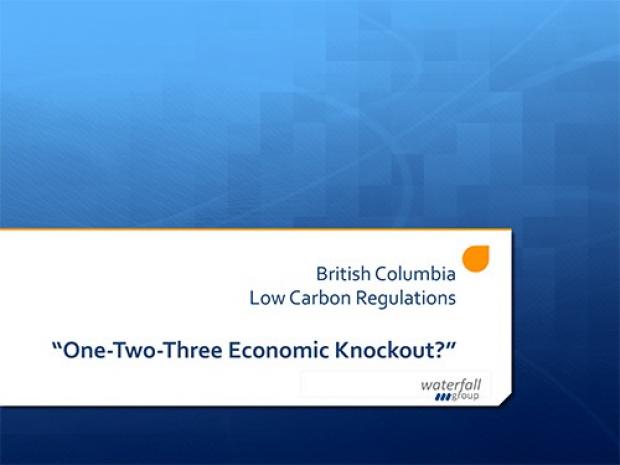