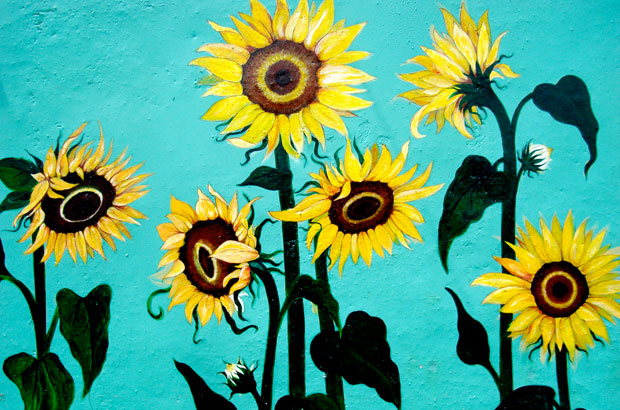 Jared Diamond has observed a common feature of societies in collapse:  “…[S]ociety’s structure created a conflict between the short-term interests of those in power, and the long-term interests of the society as a whole.” “[Wealthy] people…are insulated from the consequences of their actions.” This may partially explain why those in power are so far behind the curve in preventing climate collapse: the impacts fall hardest on the have-nots, while the haves reap most of the benefits from fossil-fuel-dependence-as-usual.

As the climate crisis deepens and we turn toward solutions, we need to look this glaring inequity straight in the eye and understand how it affects our strategy to avoid collapse. The Washington and Oregon legislatures are considering a number of important clean energy and climate policies, including proposals that would levy a charge on fossil fuel suppliers to fund investments in solutions to the climate crisis. Just yesterday, in fact, two committees in the Washington legislature approved different bills calling for 100% fossil-free electricity. Eleven Democrats and nine Republicans joined together to say that the era of fossil fuels must draw to a close. And last night, a Washington Senate energy committee advanced a modest carbon tax proposal.

Consumers may justifiably worry that they’ll have to pay more for transportation and energy services, if monopoly fossil fuel suppliers pass along the cost of their climate pollution.  For the most economically marginalized communities, where affordable alternatives to fossil fuels are too scarce, this is a vital economic security issue.  And the fossil fuel industry – desperate to hold its grip on economic and political power as we approach the necessary end of the Fossil Fuel Age – stokes this fear at every turn.

Oil, coal, and gas suppliers know they can’t compete against free fuel from the sun forever. They can’t win hearts and minds by suggesting that eternal fossil fuel dependence is a good thing; nobody’s buying that. So they try to demoralize people into thinking it’s the only thing. And if that’s true, then climate policies like a carbon fee are just a way to make us all pay more to live our inescapably fossil-fuel dependent lives.

If it were true that we’re just going to sit there and pay more for fossil fuels, there’d be no point in a carbon fee.  Nobody’s interested in throwing more money into gas pumps for kicks.  The objective (the imperative) is to free ourselves from fossil fuels -- to drive public and private investment toward more affordable alternatives so we DON’T have to pay for them, or bear the costs of devastating climate disruption.  And that’s why it’s so important that our climate policies deliver real, affordable, broadly accessible solutions to the climate challenge, for everyone.  It’s also why we have to move forward with a comprehensive strategy:  electric vehicle infrastructure, transit, clean energy standards, energy-efficient building codes, and more.  A carbon fee that pays for some of these investments is vitally important, but it’s no panacea.

Gas prices fluctuate wildly for reasons that have nothing to do with costs or taxes – geopolitics, cartel strategy, wars, etc.  But here’s one reliable prediction:  Oil companies will always charge EXACTLY as much as they can get away with to maximize their profits.   Oil is an extremely efficient way to draw money from everyone and deliver it to the top of the economic pyramid; that’s why they call it “The Prize.”  In Seattle, the Shell station on Madison near the Arboretum charges 10-20 cents more per gallon than another Shell station a mile down the street.  Why?  Because they can.

If oil companies have to pay for the pollution they cause, will they just pass along the cost to consumers? If they can – if we fail to give ourselves better alternatives – they sure will…. just like they pass along the cost of funding the campaigns of the climate deniers who control Congress, and the cost of lawyers to minimize their responsibility for climate impacts and oil spills, and lobbyists to oppose clean energy solutions. The biggest cost they foist on to the rest of us is climate disruption itself. That cost went through (or tore off) the roof in Houston, Puerto Rico, and fire-ravaged communities across the west this year – the kind of disasters that clearly get worse and more frequent as climate warming accelerates.  The Quinault Nation on the Olympic Peninsula is literally having to move to higher ground. These costs don’t show up in gas prices, but we sure as hell pay them.

Until we give ourselves better alternatives to fossil fuels, they’ve got us over - yup - a barrel. The question is, What are we going to do about that?  We know cleaner energy and transportation solutions are available. How can we get more of them? How can we make sure they’re affordable for everyone? That’s the challenge a workable climate policy needs to address, and it should be the priority for public investment of revenues from a carbon fee. It’s also important to remember that carbon revenue will go away as we advance solutions – again, that’s the whole point – so we shouldn’t use it to fund essential ongoing government services.

The transition to a clean energy economy will be a huge economic plus overall. It will empower us to take back our energy dollars and spend more of them on clean, local solutions.  Instead of sending billions of dollars a year to distant oil suppliers and the Koch Brothers, we’ll be investing in our communities, homes, businesses, and local transportation choices. As we shift from gasoline to fossil fuel-free electricity in our cars and busses, we’ll save a bundle.  (Right now, gasoline for a passenger car costs about 10 cents per mile, while electricity is less than 3 cents.) And most of all, we’ll reduce the incalculably high cost – in money and human suffering – of unchecked climate disruption.

But the transition won’t be instant or easy. Workers in communities where fossil fuels play a big role in the local economy need and deserve a transition path that offers economic opportunity for all. Low-income consumers should never have to choose between heating and eating; everyone should have affordable basic energy and transportation services. We should invest in the communities hit hardest by climate impacts, pollution, and economic insecurity.  Stopping new fossil fuel infrastructure development is essential, but not sufficient: we need more investment in better jobs, cleaner energy, and stronger communities.

If we rapidly accelerate the solutions we know are possible, we may still avert climate collapse. And we can learn something from the societies that failed.  Harsh economic inequities and divisions push us closer to the brink, and fossil fuel interests are driving the wedges deeper to prevent us from turning collectively toward safety and stability. So effective climate policy – saving ourselves – means coming together, toward broadly-shared economic opportunity and security.  It means investing in affordable, clean energy and transportation solutions and a fair, rapid transition for all.

The haves in our society may be more insulated from climate impacts, but – as anyone who had to breathe the smoke last summer knows – devastating climate disruption is catching up to all of us. The Argentine climate negotiator Raul Estrada-Oyuela once said at a global climate summit, “We are all adrift in the same boat – and there’s no way half the boat is going to sink.”

Unless you’ve got a boat that can go to another planet or you’re hunkering down in a luxury “doomsday prep” haven, that’s the deal. And only a boat big enough for everyone can break through Oil’s tyranny and successfully navigate the roiling seas of accelerating climate disruption.