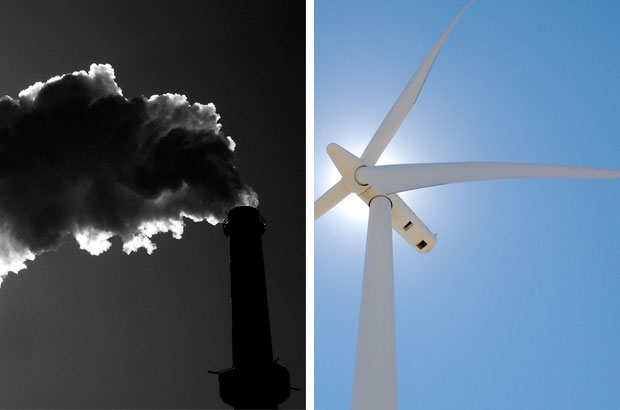 “It’s really difficult to understand a moment in history when you are in it.”
—Shaun King

Kumi Naidoo, the great South African human rights and environmental leader, happened to be in Seattle on September 26, the day the Department of Ecology denied a key permit for the Millenium coal export terminal. I told him the good news, and he related the story of a recent victory in South Africa. But Kumi was a bit jet lagged and world weary, reluctant to celebrate too much. It’s important to recognize the victories to keep up morale, he said, but so often they turn out to be temporary. We rarely win definitively or permanently. And the next battle is never far behind.

Anyone who’s joined the climate fight can feel this. But there’s an opposite effect on the other side of the Sisyphean hill. (Do we have a myth for this, or do we need a new one?) The Millenium coal export project–a climate disaster as big as the Keystone XL pipeline–will never be built. Coal export from the West Coast is never coming back. The coal industry is never coming back. We’ve won much more than a permanent victory against these projects.

Earlier this week, EPA Administrator Scott Pruitt proclaimed “the war on coal is over” and announced plans to roll back President Obama’s Clean Power Plan. One hates this “war” talk, a cynical political ploy to manipulate workers and communities who depend on coal economically. The fight to overcome the concentrated, abusive political and economic power of the coal industry is a fight for people, for jobs, for communities, for a decent future for our kids.

But if you must have it that way, Mr. Pruitt, then yes, the “war on coal” is ending. And coal is losing. These last spasms of resurgence under Trump are pure political theater, without economic foundation. And the coal export saga in the Northwest was a decisive battle, a late stand for a dying proposition.

When the coal export boondoggle first hit the news in 2010, the chairman of Peabody Energy, giddy with illusions of limitless markets in Asia, gushed that “coal’s best days are ahead.” By 2016, Peabody had lost 99.9% of its value and filed for bankruptcy, as did most of the North American coal giants.

They were, of course, in big trouble when they started this misadventure. Coal prices and markets had begun a steep decline in the U.S.–the product of fierce opposition, stiff competition from cleaner energy sources, growing momentum to address the climate crisis, and renewed enforcement of basic public health protections after the lax Bush years. Peabody has now “emerged” from bankruptcy, meaning they reneged on enough commitments, screwed enough workers, abandoned enough communities, and wriggled out of enough cleanup obligations to get their stock ticker back up off the floor. But they can’t escape the fundamental economic, technological, and human forces at work here. Their era is ending, because we must end it; and now that we’ve developed better, safer, cheaper ways meet our energy needs, we know we can.

Again, emphatically, and especially to the people whose jobs and local economies depend on coal: This is NOT a fight against you. It’s literally a fight for survival, for all of us. The clean energy economy will produce more broadly-shared prosperity and economic opportunity than coal ever could or would.[i] Indeed, it already is. But let’s not sugarcoat this; big economic transitions–even very promising ones like the clean energy transition–are never good or easy for everyone. This is especially true in the U.S., the only “rich” country where we still lack basic commitments to economic security–like universal healthcare–that allow people to weather economic transitions. The clean energy revolution MUST include an ironclad commitment to address the impact on these workers and communities. The retirement plan for the coal plant in Centralia, Washington is a good example.[ii] And, as it turned out, it prepared us well for the coal export battle, offering concrete affirmation of the campaign’s theme: “We can do better.”

So, back to our story… there they were, holed up in the Rockies with their coal, their domestic market collapsing all around them, when somebody came up with the bright idea of digging it all up, shipping it by rail through the population centers of the Northwest, loading it on ships, and selling it in Asia, so they could use it to boil the water to make the steam to run the turbines to power the machines that make everything and send the high value finished products back to us. The fast-growing Asian economies, after all, are still lifting hundreds of millions of people out of poverty. “Energy access” in the developing world – a real and vital human imperative – became a figleaf for a desperate, last-ditch attempt to save the U.S. coal industry, as if stoking the climate crisis were a humanitarian project.

It might have worked….IFF (if and only if) communities throughout the region hadn’t risen up in full-throated opposition; IFF Salish Sea first nations had been willing to accept exorbitant bribes to forfeit their treaty rights; IFF cleaner energy sources weren’t rapidly becoming affordable and available in Asia too; IFF it made a lick of economic sense; IFF we had swallowed the unconscionable excuse that if we don’t supply the coal that ends any chance of averting climate collapse, someone else will…

Sigh, yes, there will still be battles, certainly as long as Trump’s wrecking crew is in power. But the “war,” if you must, is over, in the sense that we know the outcome. The writing is on the wall, for coal as it was for whale oil. We’re moving on to better energy. When they started this fight, the industry was commonly referred to as King Coal. No one says that anymore.

This obituary is not, of course, a call for complacency. Finishing the fossil fuel era and launching the Clean Energy Age will still require no end of struggle.[iii] And if we’re going to do it fast enough to avert cataclysmic climate disruption, we need to pick the pace up, way up. The flames are literally licking our butts now.

But it is a call to resist the narrative of futility, to see more of the arc of this transformation. Our victories now are final chapters of the fossil fuel story, sapping the last strength of a waning empire.

The thing about cresting hills, tipping points, failing empires and such is you never see them until you pass them. And even then, the residual momentum of old, dying ways can carry the past forward. “The difficulty,” as Keynes once said, “is not in coming up with new ideas, but in escaping the old ones.”

But we’re breaking free now, and it’s worth climbing up above the fray for a cool minute to appreciate the sweep of the thing. The tyranny of fossil fuels is waning. Not coincidentally, we’re here to behold the end and launch the new energy era. And the Northwest coal export battle was a fateful crossroads.

Warm thanks, and hot new resolve, to all who waged and won it.

[i] If coal were a good economic strategy for people and communities, West Virginia would be the most prosperous place in America.  Coal – and fossil fuels generally – are a good strategy for sucking as much wealth as possible from everyone and delivering it to the top of the economic pyramid.

[ii] In the spilt milk department, it would have been much easier to win a just transition if we had started sooner, so it could have been slower.  Our challenge now, though, is to make the transition both just and fast.  Epic water, fire, and human suffering from climate-juiced extreme weather should clear up any lingering confusion about that imperative.

[iii] Congrats to the Sierra Club and good on Mike Bloomberg for committing to finish the job.