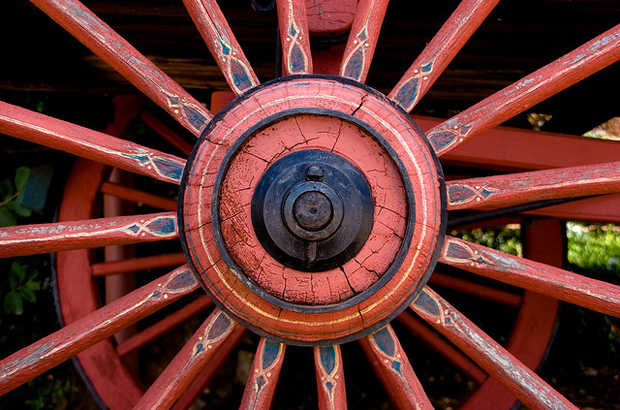 Climate policy question #1 is simple.  Hard, but simple:  Do we have the will to do what is right and necessary?  Not what’s expedient.  Not what’s easy.  Not what the polls say we want to hear.  Not what Big Fossil will allow.  What’s necessary.*

The simplest way to answer that question is with a cap – a firm, science-based legal limit on the pollution that causes climate disruption.    Governor Inslee stepped up yesterday and committed the state to deliver that answer.

In a sane world, it would not take an act of extraordinary political courage to use existing legal authority to limit lethal pollution.  But in this world, it does.  The fossil fuel industry’s greatest and scariest political achievement has been to detach the use of law and public institutions as a means to apply collective will, guided by human reason, to our greatest challenge as a civilization.   Yesterday, Governor Inslee moved to repair the broken link.  We will, he insists, apply the law – our collective determination, codified – to the conclusions of science and the moral imperative of climate stabilization.

Yes, yes, but how will we do it?  A carbon cap is by no means the complete answer. Many other public and private actions are necessary: an end to free carbon dumping; accelerated investment in the new energy economy, good jobs, and a just transition from here to there; protection for disproportionately impacted communities to ensure affordable basic energy service; stronger energy efficiency and renewable energy standards; a comprehensive policy and financing mechanism to retrofit existing buildings … and more.

Most of all, the transition and the solutions need to be equitable.  Climate disruption itself is the ultimate injustice, because those who do the least to cause it suffer the worst consequences.  The solutions must right that wrong, delivering clean energy solutions and affordable transportation for all.  Or they won’t happen.  The Alliance for Jobs and Clean Energy is building a big, broad coalition to deliver on that promise; the Governor’s action makes that work all the more pressing.

A cap by itself doesn’t accomplish all these things. But it launches us to a destination that we can only reach by doing them. It’s more like a declaration of war on fossil fuel dependence than a battle plan. It doesn’t say everything about how we intend to win. But it commits us to the cause. Finally.

The fossil fuel industry will say we can’t do it.   They have to say that.  They certainly can’t convince us that endless fossil fuel dependence and an accelerating slide into climate chaos are good things.  So they’ll try to frighten and intimidate and demoralize us into believing that we have no choice:

….that the technology isn’t there,…that the economy will crash…that gas prices will soar.  That we lack the guts and the brains and the will to win our best and only viable future – a clean energy future.  All manner of terrible things will befall us if we fail to keep hemorrhaging our energy dollars into their pockets, if we fail to feed their continued accumulation of political and economic power, the very power that has until now blocked the climate solutions we can and must build.

The only way they can win that game is if we accept their dismal verdict about our power.  A useful and recent object lesson:  in 2010, Peabody’s CEO heralded coal export proposals, saying “Coal’s best days are ahead.”  King Coal was a juggernaut.  Conventional wisdom held them invulnerable.  Some were bludgeoned into acceptance with the false argument that it couldn’t be stopped, that they’d just ship it from somewhere else.

A few years later – thanks to strong local opposition, growing climate awareness, and the accelerating progress of a global clean energy revolution, King Coal is all but dead.  Peabody’s stock is worth a nickel on the 2010 dollar.  2 of the 6 coal export proposals are still technically alive, but even their investors have lost heart.

Governor Inslee’s commitment obviously won’t do all the work to win climate solutions, but it does say the one, essential thing that we have so far failed to say: “We will do this.”  Our failure to say this so far has been so abject that our kids had no choice but to haul us into court for breach of intergenerational contract.  (They sued the State’s Department of Ecology.  But the State is still us, right?  Or have we capitulated to the oilgarchy that reigned over the 2015 legislative session?).

This – the achievement of science-based emission limits, the transition to a clean energy economy that can deliver broadly shared economic opportunity, reclaiming our democracy and our future from the concentrated political power that is killing them – this is the work.  And the Governor has now said, with the strongest and clearest legal tool available, that we will do it.

We will do it right?  Equitably?  Quickly and boldly enough?  Governor Inslee’s action alone can’t answer all that.  But it’s a strong, clear call.

* How do we know what’s necessary? Fortunately, we can rely on the most comprehensive and collaborative scientific consensus in the history of reason for the answer: the IPCC’s Sixth Assessment report, and the decades of rigorous analysis it represents. The bottom line, more or less: We need to end the Fossil Fuel Age in the next few decades. We can quibble about whether that means 80% or 90% or greater reductions, but it’s easier to think about it as a complete transition. Washington’s current (unenenforced) emission limits do not reflect this science, and the state is being sued to true them up.