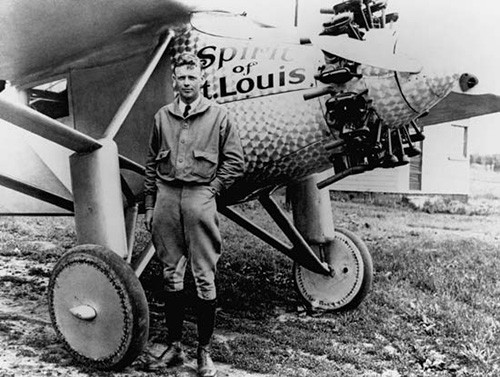 Spirit of St Louis Continues to Inspire Innovation
Clark Gilman
March 5, 2014
I recently received a phone call from Erik Lindbergh, grandson of pioneering aviators Charles and Anne Morrow Lindbergh, which led to a fascinating conversation about energy and climate efforts within the small plane aviation sector and the power of a prize to drive innovation.
Charles Lindbergh flew across the Atlantic in his Spirit of St Louis in 1927 in pursuit of a dream, fueled by the $25,000 Orteig Prize, offered since 1919 by a prominent New York hotelier for the first non-stop flight from New York to Paris.

"First, I'll show them how a non-stop flight between America and Europe will demonstrate the possibilities of aircraft, and help place St. Louis in the foreground of aviation,” explained Lindbergh in his book The Spirit of St Louis. “Second, I'll show them that a modern airplane is capable of making the flight to Paris, and that a successful flight will cover its own costs because of the Orteig Prize."

Seventy-five years later, Seattle-based Erik Lindbergh repeated the New York to Paris trip in a small plane to raise money and promote the XPRIZE ($10 million dollars to the first private reusable spacecraft to carry passengers to an altitude of 62 miles and back) and to raise money for arthritis research.

Lindbergh’s organization Powering Imagination is now working with innovators in electric flight, biofuels, and noise reduction to influence the future direction of aviation. According to Lindbergh, “Some solutions to sustainability problems facing aviation can come from currently available technology – others solutions can be accelerated using creative crowd-sourcing and prize philanthropy.”
He and his colleague, Eric Bartsch, are currently exploring the possibilities of electric propulsion for flight. Lindbergh sees parallels between barnstorming in his grandfather’s time and current efforts to develop electric aircraft. Both efforts employ bold and daring demonstrations to expand the realm of the possible. For Charles Lindbergh the message was that flight was safe enough for passengers. For Erik Lindbergh the message is that flight has a bright and sustainable future if we encourage innovators and entrepreneurs to develop the flying machines of tomorrow.
Image 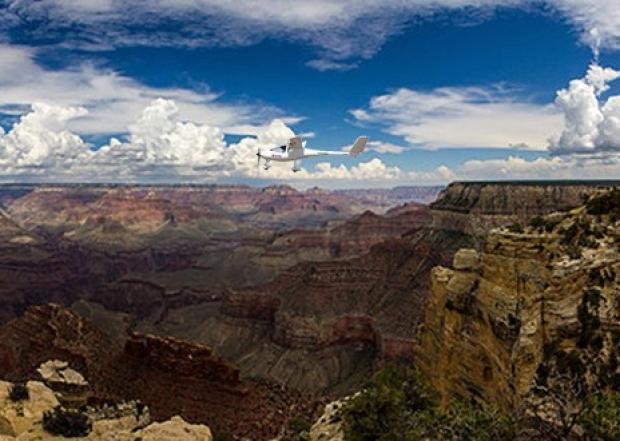 The Grand Canyon
Lindbergh matched up the problem of noise pollution from air tours in the Grand Canyon with the solution of currently available limited-range electric aircraft and created the opportunity for the Quiet Flight initiative. Powering Imagination is partnering with universities to develop a long-term program to demonstrate quiet flight above the Grand Canyon National Park and incentivize innovators to develop commercially-viable noise solutions that benefit all park visitors, both on the ground and in the air.
What does it take to drive innovation? Often it’s a business case; in other cases it’s strong public policy. But I’m inclined to agree with the Lindbergh’s that sometimes innovation comes from a tempting prize coupled with a healthy dose of imagination.