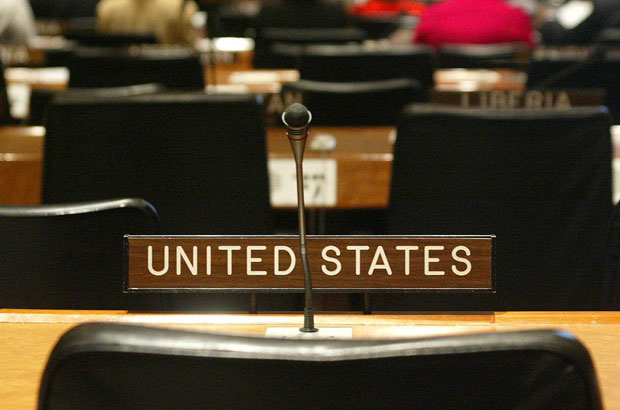 The world is gathered this week for the 23rd “Conference of the Parties” to the global climate agreement in Bonn.  How will President Trump’s stink bomb – announcing his intent to withdraw the U.S. from the Paris Agreement – affect the prospects for progress?

Less than you might think.  Much as it would pain him to know, it just isn’t about him.

The Washington Post reports that as the negotiators convene, “the rest of the world seems to be reacting to the Trump administration with a collective shrug.”  A bit of historical perspective may help explain why the global climate campaign will not be Trumped:

In Denmark in 2009 (COP 15), aspirations were so high for a strong new global agreement that they called the host city “Hopenhagen.”  The U.S. had been dragging its feet for decades as the one major country that failed to ratify the 1997 Kyoto Protocol.   But with a new, sympathetic President Obama, a breakthrough seemed possible.  So desperate was the world for US leadership that, shortly before the negotiations, President Obama was awarded the world’s first prospective Nobel Peace Prize.  He hadn’t done much at that point, but they gave him the Nobel on spec, hoping to inspire action at COP 15.

Long story short, COP 15 flopped. Having failed to move a national climate policy through the U.S. Senate before the meeting, Obama’s negotiators arrived unprepared and unwilling to sign on for serious international action, let alone to lead.  Obama’s speech to the final assembly was pinched and grumpy – roughly the direct opposite of the soaring vision in his nomination speech.  They pretty much had to drag us out of the bars of Mopenhagen.

In contrast, the Paris Agreement from COP 21 in 2015 was a big step forward.    It aligned the planet’s nation-states behind a common understanding of the magnitude of the threat and the scale of needed action.  It provided a weak but coherent structure for continuing progress.  Flawed and tentative though it is, it planted a stake in the ground for humanity’s fledgling will to save itself.  President Obama and Secretary of State Kerry showed up strong, worked the agreement hard, and for the first time in the long history of global climate negotiations, gave Americans a reason to be proud of their federal government.

What was the difference between Copenhagen and Paris?  It wasn’t the US President – same guy both times.  And Obama was even more constrained in Paris by domestic political gridlock than he was in Copenhagen:  by 2015, the Republican-led Congress wouldn’t even bother hearing a climate bill.

So what really changed between 2009 and 2015?  Leading the list of conventional answers – significant developments that bore directly on the outcome of the negotiations – one might cite:

But arguably the most important changes in the context for the climate agreement didn’t happen within the international negotiation framework at all.  They happened almost everywhere else.  Bill McKibben said, “Paris is the scoreboard, not the game.”  And by 2015, the game had changed – people had changed the game – in ways that finally enabled us to put some points on the board in Paris.

And here’s the thing about these game-changing advances in the broader context for climate action:  Donald Trump can’t really do much about them.  I’m sure he’ll find ways to do damage, but the core truth that we learned between Copenhagen and Paris is that people – citizens, communities, local governments, movements, clean energy innovators – set the terms and conditions for global climate progress.  National political figures and their ministers move slowly – advancing climate action or resisting it – within that space.  By 2015, after so many decades of delay and disappointment, we finally gained a measure of agency over the world’s climate progress, a sense that we would set our course outside the negotiations, and drive the action inside.

I was devastated by the outcome in Copenhagen.  We learned the hard way to abandon illusions of Presidents riding in on white horses.  But that painful lesson serves us well now.  Even with a sympathetic and well-informed US President, we had to stop waiting for any President to lead.  And now, with a hostile and clueless President, we’re much stronger because we no longer pin our hopes there.

Most other nations seem to be taking Trump’s abdication as a spur to action.  States and cities will not slow their climate initiatives.  The bell of the clean energy revolution cannot be unrung.  Businesses and the financial sector are starting to see the ominous implications of the bloated carbon bubble.  The climate movement will not back down.

Trump’s folks are there in Bonn, with their fossil fuel industry patrons, to flip the bird at the world, and that certainly won’t help.   But to his consternation and to the credit of the rising global groundswell for solutions, the world seems determined to press ahead – possibly more so in spite of him.