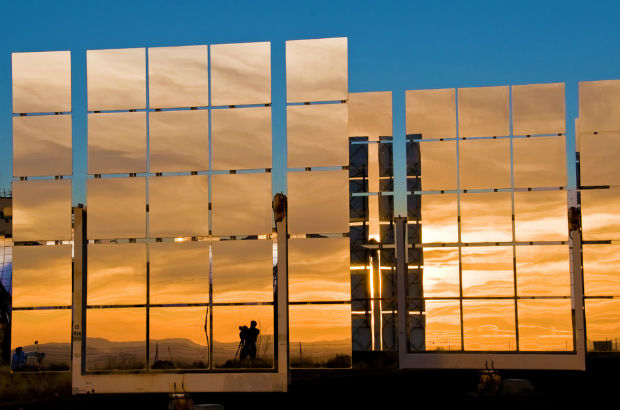 Take nothing away from the President and EPA Administrator Gina McCarthy: the Clean Power Plan is a major achievement. Forging any kind of serious federal climate progress is a non-stop battle with the defenders of fossil-fuel-dependence-as-usual. The President never would have appointed McCarthy if he wasn’t serious about standing up to the heat.

But is the new federal Clean Power Plan strong enough? Does it expand the bounds of the possible so we can do what’s necessary to address the climate crisis? Will it drive the energy transformation we need?

“The difficulty lies not so much in developing new ideas as in escaping from old ones.” John Kenneth Galbraith

No. And that’s what’s so amazing about it.

As important as it is for the President to use his executive authority to provide pace and structure to the clean energy transition, the Clean Power Plan largely ratifies that transition, rather than driving it. Essentially everything in it is known, cost-effective, and underway now. The fact that we can squeeze a third of the emissions out of the power sector and SAVE money on our power bills while doing it is testimony not to federal leadership, but to the existing momentum of the clean energy revolution. This is all stuff we’d be smart to do even if we didn’t have a five-alarm climate emergency on our hands.

State and local governments have been engineering this transition for decades. Utility programs, energy codes, efficiency campaigns, and renewable energy standards blazed a trail that the federal government can now confidently follow. Here in the Northwest, determined advocacy from the Northwest Energy Coalition and Renewable Northwest pushed the action at the policy and regulatory level. Community action agencies and non-profits brought the benefits of energy efficiency to those who need them most, while Northwest SEED and communities throughout the region are delivering on the promise of clean, distributed, local energy strategies.

This week’s announcement of the final Clean Power Plan rule is a moment to take stock of the cumulative impact of decades of local action, strong advocacy, and steady determination, without which today’s federal policy progress would have been unthinkable. It’s a moment when we can see the profound, transformational total of countless small steps forward, each of which seem hopeless in isolation.

And it’s a moment when we can dare to believe that a clean energy revolution at scale is now possible. The last desperate rationale for continued expansion of fossil fuel development – tar sands, fracking, Arctic drilling, coal and oil export – is that we have no alternative. The Clean Power Plan proves that we do,…. that we are on our way to choosing it.

Though it’s hardly revolutionary from an energy perspective, the Clean Power Plan is an act of courage and conviction on the President’s part. With it in hand, the United States can finally show up in a real way for fateful international negotiations in Paris, negotiations that have drifted for almost two decades without the anchor of serious American commitment. Having worked this hard to deliver the solutions within his executive power, we can dare to hope that the President will use that power to stand up Big Fossil, deny the Keystone XL permit, and affirm the Keystone Principle: Stop Making Things Worse.

As John Kenneth Galbraith once said, “The difficulty lies not so much in developing new ideas as in escaping from old ones.” The Clean Power Plan affirms that new ideas are ready… if our leaders will hold open the space, and stand up to the old ones. Political heat is far more tolerable than what nature brings if they don’t…The signing ceremony today may have to move indoors. It’s too hot.