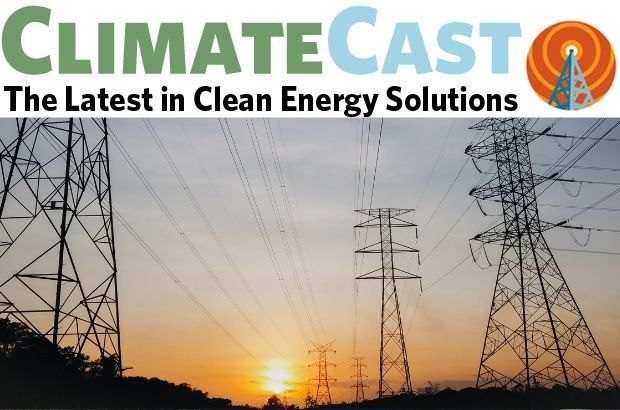 Washington State legislative session kicks off with climate on agenda

Washington legislators will be taking up a number of clean energy and climate-related measures in their short legislative sessions this winter, right when more Americans than ever before are alarmed about the climate crisis. Washington’s legislative session is already well underway, and lawmakers are considering more than a dozen climate bills, including measures to reduce carbon emissions in the buildings sector (editor’s note: the fastest rising sector of carbon pollution in the region), to help school districts switch to electric buses, to ensure that climate change is considered in local and regional growth management plans, and also several key issues from the Environmental Priorities Coalition including transportation funding and the lack of affordable housing. Governor Jay Inslee began the year calling for major investments in climate protection; his proposals and legislators’ own clean energy bills seek to build on the achievements of last year’s Clean Fuel Standard and Climate Commitment Act.

Oregon lawmakers are considering a measure that would allow cities to adopt a more energy efficient building code already detailed in the state’s Reach Code. Homes account for about 20% of US annual carbon emissions, according to a National Academy of Sciences report, making construction standards and home energy usage important focal points for responding to climate change. A bill before the Washington State Legislature would encourage the conversion of homes from fossil gas to electric heating simply by allowing public utilities to offer homeowners incentives for transitioning. This week, Olympia, WA became the latest city to commit to making all city buildings fossil fuel-free. With gas companies pushing to slow or stop such transitions away from gas, the issue has become a battleground in many states.

Oregon has made changes to its EV rebate program, making it easier for low-income folks to choose zero-emissions electric vehicles in fact doubling the rebates available to those purchasing used or new EVs. Both Oregon and Washington have already passed Clean Truck Rules establishing a timeline for transitioning all mid-size and heavy vehicle fleets to electric, and three East Coast states followed suit at the end of 2021.

As regional power grid gets cleaner, climate impacts still on the rise

New data from the Northwest Power and Conservation Council shows that retiring coal from the electricity grid is, as expected, dramatically reducing the region’s carbon emissions. Emissions are expected to continue to drop as the region’s remaining coal power plants wrap up operations, and as renewable energy replaces fossil gas. There is also exploration on different means to store more clean energy including by technologies and utilities in the region. Meanwhile, the effects of the climate crisis are apparent across the region, in the form of extreme weather and wildfires. Oregon State University researchers have found that climate change is degrading marine ecosystems off of the Oregon coast; glacier researchers were shocked to discover recently that the state’s southernmost glacier has completely melted.

Freelance puzzle creator Lynn Lempel had intended a mild critique of the fossil fuel industry when she submitted a crossword to the New York Times giving the clue “dubious term for a greener energy source” for the intended result “clean coal.” But by the time the puzzle appeared in print, editors had shortened the clue to “greener energy source”—allowing the industry propaganda term to stand unchallenged. After a number of climate advocates cried foul (or guessing other, correct answers like “wind power”), the newspaper took the rare step of issuing a correction, conceding that the puzzle “may have implied incorrectly that coal is a viable source of clean energy.” The episode also pointed out the easy ways misinformation can make its way into our everyday activities including the ongoing rise of climate misinformation.

If you live in Washington State or Oregon, or know folks that do, please take a minute to contact state lawmakers at the start of this year and the legislative sessions calling for strong climate action.

2022 is off to an electric start
A real clean coast
The good, the bad, and the necessary next steps
Turns out it’s a bad idea to burn fossil fuels inside our buildings too