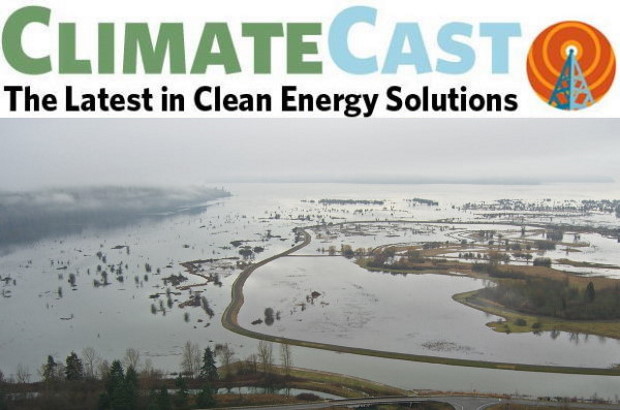 As youth-organized climate protests against the Oregon Department of Transportation’s proposed Interstate 5 freeway expansion project enter their 25th week, elected leaders in Washington State are also reckoning with the climate and community consequences of freeway expansion. Poor engineering decisions made during the initial construction of I-5 through the Nisqually River Valley have made the highway and surrounding areas increasingly vulnerable to flooding and land subsidence. Washington State Governor Jay Inslee has deemed reengineering this stretch of highway a critical priority, but fixes have been rolled into a $1.06 billion project that would create additional freeway lanes in the area. WSDOT is also in the process of expanding I-5 in downtown Seattle, over the Puyallup River in Tacoma, and across the Columbia River on the border between Washington State and Oregon. While widening freeways sounds appealing to many congestion-weary drivers, it’s widely understood that adding lanes actually increases the number of vehicles on the road, which then worsens congestion, air pollution, and carbon emissions.

US President Joe Biden recently announced several domestic policy moves which aim to mitigate spiking gas prices due to Russia’s invasion of Ukraine, but which are at odds with his previously-established climate priorities. Mr. Biden has ordered the release of 1 million barrels of oil per day from the nation’s strategic reserves over the next six months (as other members of the International Energy Agency have already done), while urging domestic oil companies to ramp up production. He has also authorized the year round sale of E15 ethanol-blended gasoline (which releases more pollutants than regular gasoline, especially when burned in warm weather conditions). With the President’s broader climate action agenda—including billions of dollars in funding for wind, solar, and electric vehicles—stalled indefinitely by Congress and his top climate advisor Gina McCarthy planning to depart the White House, the President’s climate credentials are looking cloudier than ever.

Across the pond, Russia’s invasion of Ukraine (and its cascading effects on Russian methane gas exports) has created a major inflection point for European energy policy. Some observers are predicting that European nations eager to ditch Russian oil and gas will embrace renewable energy solutions in the short-to-medium term, instead of looking elsewhere to import more fossil fuels.

April is Earth Month, and Friday the 22nd is Earth Day. In Seattle, WA Senator Rebecca Saldaña and David Mendoza of The Nature Conservancy WA will keynote Earth Talks, hosted online by Seattle University. Folks in the Portland, OR area are invited to participate in the Portland Youth Climate Summit taking place Saturday, April 23rd at the Oregon Museum of Science and Industry; the event is all-ages, but youth registrants will be prioritized.

Want to get outside? On Saturday, SOLVE is organizing spring cleanup events across Oregon.

Be sure to check out the 2022 edition of the Grist 50, a compendium of climate action leaders and visionaries.