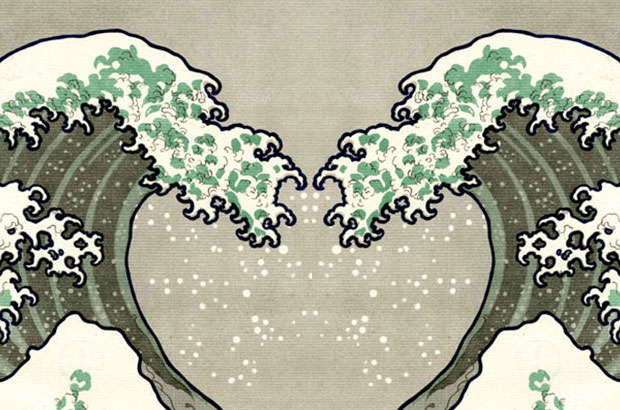 As we adjust to the results of the recent U.S. elections, and as global leaders convene in Egypt for the latest international climate summit, we see confusing and conflicting signals flashing when it comes to climate change: this is a time both of incredible progress and of imminent peril. We can be headed in two directions at once.

First some good news. As David Wallace-Wells wrote in his outstanding overview of the state of climate change around the world: “Thanks to astonishing declines in the price of renewables, a truly global political mobilization, a clearer picture of the energy future and serious policy focus from world leaders, we have cut expected warming almost in half in just five years.”

That change is enormous. It shows that concerted action can effect major consequences. The type of progress we are making on a global scale will likely benefit hundreds of millions of people. We should celebrate. It is a very big deal.

Better yet, as a country we now have the foundation for climate progress in a way that we never have before. This foundation, grounded in massive federal investments, state and local policy, and increased corporate action, positions the United States to keep up the momentum.

The recent elections also offer hope. At the state level, nearly all of the major policies that have passed in the past 5 years are in states that have had Democratic trifectas with unified control of the Governor’s mansion and both chambers of the legislature. Four states—Michigan, Maryland, Minnesota, and Massachusetts—all just moved from split party control to Democratic trifectas, likely unlocking further state leadership.

The elections in the Northwest make continued progress more likely in our region as well. Newly elected Oregon Governor Tina Kotek campaigned on climate and defeated two candidates that were each fierce opponents of climate action. The state legislatures in both Washington and Oregon added new climate champions. Our Northwest political leaders, and the people in state and local agencies charged with implementing our laws and investing money, now have many of the tools that they need to succeed.

Now the bad news. The world is far off track in meeting its climate goals. Nations are nearly universally failing to make the progress that they have committed to at previous global conferences.

The result of these collective failures is devastating, especially for the global south. Climate impacts are hitting hard, and nearly everywhere. The unprecedented recent floods in Pakistan were horrific, displacing more than 33 million people. Communities all across the Gulf and Southern states are still recovering from record hurricanes.

We feel it here in our region as well. We rubbed our eyes and stayed indoors through two weeks of incredibly bad air pollution due to wildfires this summer. Seattle, my hometown, joined others around the globe in suffering some of the worst air quality in the entire world. And this was one of the “better” wildfire “seasons” we have had in several years in the region.

Even though we have made incredible progress, our current trajectory is... not good. Even if we are able to keep global temperature rise to 1.5 degrees Celsius, an achievable but extremely difficult mark, things will continue to get worse, perhaps much so. Many of the impacts we are already feeling—extreme heat waves, wildfires, flooding—will become more frequent and more intense.

These two facts are true right now. We are making incredible progress, and at the same time we are very far behind, with deeply tragic results. This dichotomy can be confusing and disorienting.

Fortunately, there are paths forward. One critical path is leadership from the places - like the Pacific Northwest - that are best positioned to demonstrate how we can move our economy to be more just and driven by clean, efficient energy, which helps show the transition is possible and happening now.

Many of you have played major roles in helping to pass some of the most significant climate policies in the nation. Both Washington and Oregon are among a growing number of states that have made legal commitments to get to 100% Clean Electricity. Both states should soon join California and others in committing to selling only zero-emission vehicles by 2035. Oregon has the strongest Clean Fuels Standard in the nation. Washington now has the strongest building codes in the United States for new residential and commercial construction. And the list goes on.

As leaders, we are now positioned to turn the promise of these policies into progress on the ground in a way that provides meaningful benefits to people’s lives. We can transition from fossil fuels to power our buildings to clean and efficient heat pumps, and provide relief to people in a region with an increasing number of extreme heat days while also cutting carbon. We can move from trucks and vans that pollute the air in our most vulnerable communities to cleaner electric options. This is what we can do here in this region that can make a real difference and to build for scaled change around the nation and the world.

Success, though, even here in the Northwest, is far from guaranteed. Climate Solutions is committed to doing everything we can to continue to accelerate progress. We are growing, increasing our team to make sure that we can leverage our region’s leadership opportunity. We are launching new programs like the Breaking Barriers Collaborative to help businesses that want to reduce their carbon emissions, but need support to chart the path forward. That is just one of many ways we want to innovate and collaborate.

We are also continuing to bring together some of the best people in the country to have powerful conversations. We have two events coming up that I am quite excited about as part of our series on Hope, Health, and Climate. On December 8th, we are hosting three great leaders—Dr. Leah Stokes, Dr. Vin Gupta, and Dr. Howard Frumkin. On December 9th, we are thrilled to have with us renowned author and climate activist Rebecca Solnit.

Solnit’s words might offer solace for how to live with being pulled in two directions at once: “Grief and hope can coexist... Hope locates itself in the premises that we don’t know what will happen and that in the spaciousness of uncertainty is room to act. When you recognize uncertainty, you recognize that you may be able to influence the outcomes–you alone or you in concert with a few dozen or several million others.”

We hope that you can join us.