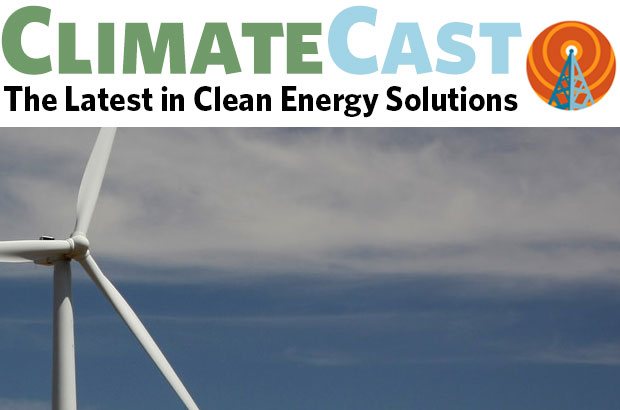 Cleaner cars coming to a highway near you, with or without federal mandates

Over the holidays, Connecticut, Delaware, Maryland, Massachusetts, New Jersey, Pennsylvania, Rhode Island, Vermont, Virginia and Washington, D.C. announced a historic regional agreement to limit climate pollution from the transportation sector. These states will cap transportation emissions while requiring fuel distributors to buy permits to pollute within that cap. Transportation emissions make up 40 percent of regional emissions in the Northeast and Atlantic states participating in the agreement, making this move a very meaningful one. In California (where transportation also accounts for 40 percent of the state’s emissions) 12,000 transit buses will become electrified as part of California’s effort to meet aggressive climate reduction targets. In the Pacific Northwest, Washington state announced it will maintain adherence to strict carbon dioxide emissions limits for all vehicles purchased in the state, even if regulations at the federal level are relaxed. The US transportation sector accounts for 28 percent of overall greenhouse gas emissions, which means these individual state and regional efforts can help the US make big headway in reducing climate pollution.

New Jersey has been busy. Not only did state officials just sign on to a historic agreement to reduce transportation emissions, they’re also taking steps to rejoin RGGI, a regional cap-and-trade program that caps and prices emissions from the electric sector. Governor Chris Christie withdrew the state from the program in 2012. Washington D.C. is taking some bold steps toward clean energy; the City Council approved what may be the most aggressive and expansive climate bill in the nation. The bill will require utility providers to generate 100 percent of their energy from renewables by 2032. While Hawaii and California have their own 100 percent renewable energy commitments, as do several smaller cities, Washington, D.C. is the largest city to make such a commitment on such an aggressive timeline.

New polling released by the Yale Program on Climate Change Communication shows that 81 percent of respondents across the political spectrum support the concept of the Green New Deal, a progressive proposal to fight climate change by transitioning the U.S. to a clean energy economy. Nine out of 10 Americans support renewable energy according to a new Pew Research Center survey. Despite the Trump administration’s claims that accelerating a transition to clean energy would jeopardize jobs, another study shows that the global clean energy revolution could actually add 24-million jobs by 2030. That study also found that the impact of more clean energy jobs would ripple across other industries like construction and manufacturing. While Washington State’s Initiative 1631 fell short last November, a poll of state voters taken just days before and after the election found that nearly 64 percent of voters support state action to reduce carbon pollution.

If we do nothing, the worst is yet to come

We know if we do nothing to act on climate change, the impacts on our planet and way of life will be widespread and severe. New research is helping contextualize exactly what those impacts will look like. Many U.S. cities will experience warmer winters, leading to increased pollen, ticks carrying Lyme disease, and threats to critical water resources that depend on snow. New research by Vox found that 67 U.S. cities will be most severely impacted. In Canada 80 percent of glaciers in Alberta, British Columbia and Yukon are projected to disappear within the next 50 years, increasing water levels, setting off coastal erosion and flooding, and causing drought and dust bowls. Even though new research can help us understand the risks posed by climate change, there is also the terrifying uncertainty of what we do not know. A new study shows that 45 percent of all potential environmental collapses are interrelated and could amplify one another. Exactly how remains to be seen but holism suggests interrelationships in climate changes are a reality.

Was 2018 the year we stopped studying climate change and starting living it?

Hurricane Michael left extensive damage in its wake—it cost one military base over $5-billion in damage alone. And that was only one of over a dozen climate and weather disasters in the U.S. in 2018 to top $1-billion in damages. Beyond the financial impact of 2018’s climate disasters, people felt the impacts of climate change in their day-to-day lives, too. Guardian readers wrote in to share the moment when climate change really hit home for them in 2018, from experiencing the California wildfires, to the heatwave in Western Europe, and more. Climate impacts are becoming so real for many that “climate grief” and “climate anxiety” are emerging as very real psychological struggles.