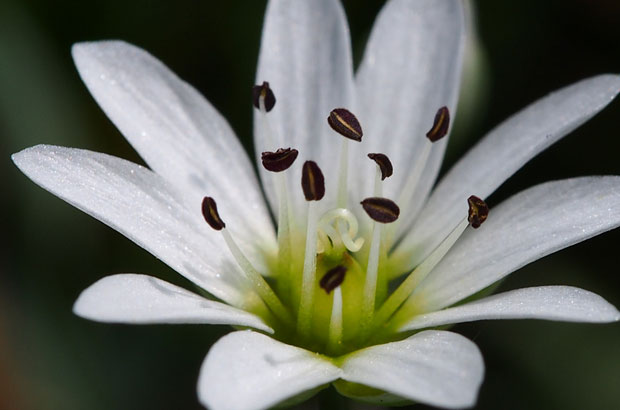 In an election widely read as a revolt against elites, this nation just chose a president who lives in a $100 million gold-plated apartment. And in Washington State, most of the environmental community and a broad coalition of progressives did not support the long-coveted “holy grail” of climate policy, a carbon tax. As we grope for meaning, a common thread runs through these surprises.

The context for both the carbon tax measure on the state ballot – I-732 – and the presidential election was fundamentally transformed by a defining conflict about justice. It’s about haves and have nots, insiders and outsiders. It’s about race and gender. And if the punditocracy and political players are shocked by how these races unfolded, it’s at least in part because they – we – failed to appreciate how much choosing a climate policy or a president is about those fissures.

The rift in the climate community over I-732 is difficult and painful. But to be honest, we’ve got much bigger challenges than disagreement among the relatively small part of the population that’s passionately committed to climate action. Both “sides” were trying in good faith to build a broader base for climate action: Supporters of I-732’s revenue-neutral approach were appealing to antitax conservatives, while the Alliance for Jobs and Clean Energy is building a coalition of progressives in support of a design that includes public investment in solutions and just transition.  These approaches reflect real philosophical differences, and they may or may not be reconcilable. But they are both signs of a climate movement that understands the need to find common ground with more than its overwhelmingly white, green, liberal elite self.

And if this controversy was surprising, it is just the beginning. The intensifying struggle for economic and racial justice has permanently transformed the context for climate policy.  No longer will white elites and policy wonks (heh, yo, hi) have this discussion with and among ourselves as the dominant voices. That’s a profoundly encouraging development, because we were showing no signs of being able to figure it out, let alone win it, on our own. This shift in the climate conversation signals hope for a more just, inclusive transition and world – the only kind of world where we might actually get together to save ourselves. It does not make the path forward easier or simpler. But it does make it more likely that it will actually go somewhere. Remember, Dr. King did not say “the arc of the moral universe is long, but it bends toward…..internalizing externalities, solar panels, and smart grids.”

Whatever this election was (seriously, WTF?), it was certainly not a repudiation of climate progress, in this Washington or nationally. Mr. Trump’s innovative twist on climate denial – the Chinese invented it to undermine American manufacturing! – was not about climate at all, but just a foil for his unique, billionaire-brand of economic populism.

And in the Northwest, one of the most vocal elected climate champions anywhere, Washington Governor Jay Inslee, won handily. Hilary Franz, running for Washington State Lands Commissioner talked about climate change and won. Governor Kate Brown won election in Oregon while leaning into climate solutions. I-732 suffered from a politically difficult policy design, the lack of a broad coalition, a modest budget, and deep-pocketed opposition, but the underlying will for climate action and the immense energy of grassroots activists kept it in contention anyway. Washington passed a statewide measure raising the minimum wage and requiring employers to offer family leave – a critical part of building the base of economic security that is so vital to climate progress. And in a victory with direct relevance for carbon pricing, voters demonstrated a strong willingness to pay quite a lot of taxes for a very long period of time by passing an ambitious transit measure in Sound Transit 3 (ST3). The key here – a critical ingredient that consistently emerges from our research -- is a strong nexus between the problem, the money, and the solutions. If climate policy is understood as real solutions and a just, inclusive transition to clean energy, it can win. If it’s just about paying more for energy (while the green elites zip off to Teslala land), forget it.

The public transit initiative, ST3’s, big win and I-732’s loss might suggest a path forward. It might be more possible – and certainly more hopeful – to respond to mistrust of government and anti-tax sentiment with real, effective solutions that require public investment rather than a tax swap. This is especially vital for those who might otherwise be left out of the clean energy revolution that seems so attractive to green elites. Voters who reflexively hate all government are probably not in play anyway.

And a carbon price alone is neither possible nor sufficient. Only in the context of big, bold, broad, real transition will carbon pricing prove viable and effective. With the prospects for federal progress so dismal now, the importance of proving out this proposition in the Northwest has never been greater.

Before this election, it was becoming obvious that we were going to have to find new and better ways to align good climate policy with fairness, inclusion, and solutions that work for everyone. If we don’t, fossil fuel interests will fend off the transition by capitalizing on the same rampant economic insecurity and fear that won the White House for Mr. Trump.

After this election, at least that much is now painfully clear.