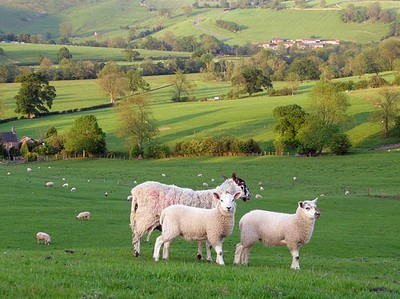 The new modeling study quantified ecosystem services benefits including carbon, recreation, and urban greenspaces. The study looked at British agricultural areas, including grassland, moor, healthland, mountain habitats, and croplands, which cover 75 percent of the country and currently produce £5 billion annually. The model contrasts how much those lands would produce maximizing all values of the land. The following table shows the results in millions of pounds annually by 2060 of maximizing only food production versus all services:

The findings shows that food production would modestly diminish (-£448), other benefits would be far greater, with carbon storage benefits of £1,517 and urban greenspace benefits of £4,683, two areas of interest to the Northwest Biocarbon Initiative. Especially notable is the loss of carbon benefits that takes place when only food production is maximized.

Land managers are unlikely to make changes that would maximize all values unless provided incentives to do so. The authors suggest transforming European Union agricultural subsidies to Payment for Ecological Services (PES). PES “would provide policymakers with a very powerful tool through which to secure beneficial land-use change.”  EU subsidies to British farmers currently amount to £5 billion annually, with 70 percent not tied to any environmental performance criteria.

Battles to transform farm commodity supports into programs that support natural benefits have long been a hallmark of debates over the U.S. Farm Bill.  Large commodity interest groups have typically prevailed, although land conservation programs have made significant inroads. The imperative to reduce atmospheric carbon for climate stability, a centerpiece of the Northwest Biocarbon Initiative, says the struggle must continue.  The British study provides fresh ammunition for the case that supporting a full suite of natural services provides far greater overall benefits to society.