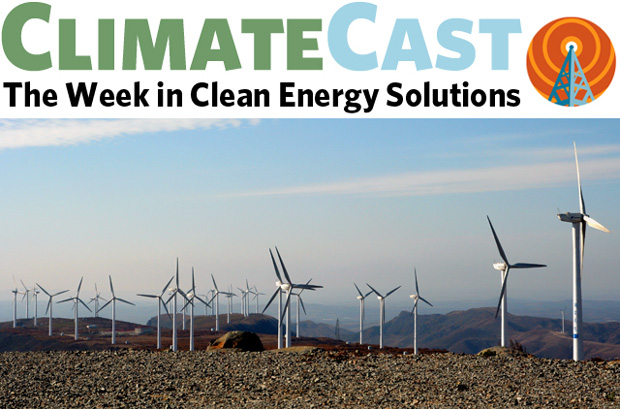 Policies matter. China’s got ’em; US’s are in doubt

China’s national energy agency announced plans last week to invest $361 billion over five years in renewable power production, creating 13 million jobs and easing smog episodes like the one depicted in this time-lapse video. About 40 percent of the money will go toward solar power, 30 percent to wind, 20 percent to hydro, and the rest to geothermal and tidal power. Along with China’s $32 billion in overseas clean energy investment—up 60 percent over 2015—the investment will bolster China’s clean-energy sector just as US renewables are becoming vulnerable to retrenchment under a Trump administration. Without federal leadership, states will have to expand their climate policies beyond the electricity sector, where a new federal report finds that Renewable Portfolio Standards have yielded benefits far beyond their costs en route to decarbonizing the power sector.

The US will become a net exporter of energy and coal won’t make a come-back, according to all scenarios in the latest Annual Energy Outlook, released last week by the Department of Energy. The fate of the Clean Power Plan will determine whether coal is phased out in favor of natural gas, or remains relatively constant through the 2020s, said the report. In his exit memo, Secretary of Energy Moniz takes stock of the changes afoot in the nation’s energy system, as Obama’s Cabinet lines up to define the legacy of the last eight years. Writing in Science, Obama himself argues that the shift toward clean energy is irreversible, thanks to falling costs and momentum to reduce climate pollution from both the US private sector and global consensus.

A new political action committee is raising millions of dollars to campaign for President-elect Trump’s nominee to head the EPA, Oklahoma Attorney-General Scott Pruitt, who has attracted a string of endorsements from leading climate deniers. Meanwhile, Clean Air Moms Action is gearing up to mobilize opposition to Pruitt in six key states. Secretary of State-designee Rex Tillerson is due in court this month, in his capacity of outgoing Exxon Mobil CEO, for a deposition in the lawsuit brought by Our Children’s Trust; meanwhile, ThinkProgress reviews Tillerson’s connections to Russia’s Arctic oil reserves, and In These Times delves into his record as CEO. Fourteen state attorney-general warned Trump of legal action if he withdraws Obama’s Clean Power Plan, setting them against 24 counterparts who urged Trump to do exactly that. A handful of climate-friendly Republicans hope—with thin evidence—that Trump and Tillerson could have a Nixon-to-China moment on climate.

Outgoing Washington Public Lands Commissioner Peter Goldmark torpedoed the US’s last remaining West Coast coal export dock proposal when he denied Millennium Bulk Terminals’ request to sublease a parcel of the Columbia River bed near Longview as part of its planned facility. Goldmark—who leaves office Wednesday—cited Millennium’s failure to provide financial information after its partner Arch Coal declared bankruptcy. For its part, Millennium vowed to press ahead on land which it already leases. Simultaneously, Goldmark also expanded a state aquatic reserve at Cherry Point near Bellingham, near the site of a once-planned coal export dock that foundered when the Army Corps of Engineers refused to approve it. Meanwhile, in the nation’s capital, West Coast lawmakers introduced legislation to permanently ban new oil drilling off California, Oregon, and Washington.

A growing 100-mile-long crack in Antarctica’s Larsen C Ice Shelf heralds the break-up of 2,000 square miles of floating ice, which would allow glaciers behind it to flow faster toward the ocean. Polar sea ice this year has hit an all-time low, as this GIF shows. While Madagascar suffers under a climate-change-influenced drought that is inflicting malnutrition on 1.3 million children, California’s years-long drought is softening under the onslaught of “atmospheric rivers” that nonetheless may not bring enough snow to support the state’s accustomed water consumption. As a result, one irrigation district in the Sierra foothills is proposing a dam to store as liquid water what formerly would have been cached as a snowpack until summer. New research published last week further demolishes the notion that global warming paused over the last few years, while another paper summarizes the expected impacts of global warming and portrays them in one graph, known as the “burning embers.”

The 238-mile-range Chevy Bolt became the first all-electric car to win the North American Car of the Year award Monday, bestowed by a jury of 60 automotive journalists in Detroit. The car show also saw Google demonstrate a self-driving minivan with partner Fiat Chrysler, while Volkswagen rolled out an all-electric, self-driving microbus. VW was probably happy for any distraction from the arrest over the weekend of its former top US compliance manager on conspiracy charges stemming from the firm’s diesel emissions scandal. UK auto execs believe that diesel is declining in importance, and 90 percent expect EVs to dominate the market by 2025. Tesla began battery production at its Nevada “gigafactory” amid questions about whether demand for batteries will keep up with manufacturing capacity.

An Indian chemical company says it has made a breakthrough in capturing CO2 from its exhaust gases and turning it into baking soda (sodium bicarbonate) and soda ash (sodium carbonate), chemicals used in manufacturing glass, sweeteners, and detergents. The firm claims its process is profitable even without a subsidy for sequestering its climate-polluting flue gases. In Louisiana, the US Dept. of Energy has promised a $2 billion loan guarantee to a methanol plant that will capture CO2 for enhanced oil recovery in Texas, while a 240-MW Texas coal plant is about to start operation with CO2 capture for a similar purpose. Scientists meeting in San Francisco last month presented papers on other ways of pulling carbon dioxide from the air, such as accelerating the weathering of rocks.

Image: One of China’s earliest windfarms, built in Heilongjiang, the country’s northernmost province. Photo by Land Rover/Our Planet, via Flickr.