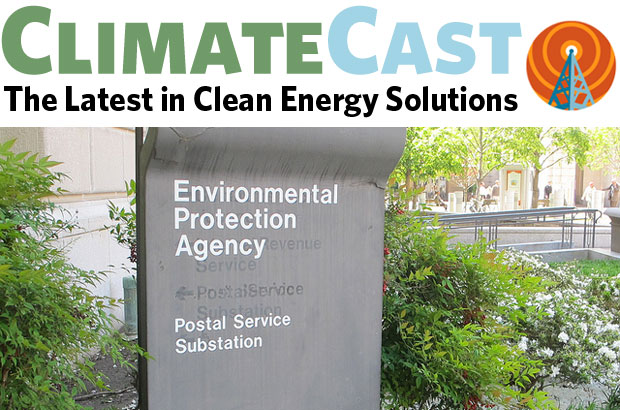 When it comes to climate news, we’re accustomed to seeing scary statistics. But this week there also some numbers to celebrate. Britain, Europe’s second largest emitter, saw countrywide emissions fall by three percent in 2017, largely due to less electricity generated by coal-fired power. In addition, China has met its 2020 emissions reductions goal three years early (noting, though, that while coal use in China is declining, Chinese companies are working to build and finance the construction of coal-fired power plants elsewhere, like this project in Kenya.) New data shows that nine out of ten millennials understand that the climate is changing, and eight in ten think people must act to slow climate change. Finally, a new Gallup poll highlights Americans’ growing enthusiasm for renewable energy: nearly three in four Americans support utilizing clean energy over fossil fuels, including 88% of Democrats and a majority of Republicans.

The world’s largest solar project ever is on its way

The world’s largest solar project in the world is being planned in Saudi Arabia, with a $200 billion price tag and the promise of generating 200 gigawatts of electricity. The project, to be built over the next decade, is 100 times larger than any other proposed in the world, and includes a plan for battery storage. In other solar news, a Chinese solar company plans to invest $50 million into a factory in Florida, the first foreign company to invest in US solar manufacturing in the wake of recent tariffs on solar imports. Despite this development, most economists and industry analysts say the negative effects of the tariffs will outweigh the potential domestic advantages.

Renewables powering the communities that need them the most

Following up on our recent profile of Georgetown, Texas, the first US city to run completely on renewable energy, we now learn that Georgetown is looking to pay property owners to install on-site solar. The project would help the city generate more power locally, rather than buying from elsewhere to meet demand. Closer to home, Portland’s Cully neighborhood has announced its own neighborhood-scale energy plan, a community-led, anti-displacement vision for climate action that helps the community increase investment in renewable energy. Projects include a community solar site and ductless heating pump cooperative. In Mexico, the “solar mamas” are bringing renewable energy to rural areas unserved by utility companies. The program trains women to become solar engineers; empowering women supports the communities where they have strong familial roots.

The EPA has rolled back fuel efficiency standards, the CAFE auto standards that would have prevented the equivalent of an entire year’s worth of climate pollution in the U.S. and saved motorists $1.7 trillion in fuel costs over the life of the vehicles made from 2012 to 2025. From California to Wisconsin and beyond, states and cities are fighting back against the decision. In other EPA news, Oregon and Washington are suing the agency for violating the Clean Air Act, and EPA staff have distributed talking points to top officials that emphasize the “uncertainties” of climate change -- even though these talking points are contradicted by the agency’s own reports and materials.

Fighting fire with fire, and other adaptation efforts

An increasing number of communities are developing resiliency strategies in the face of climate-fueled drought, wildfires, flooding, extreme weather events, and heat waves that have already begun dramatically reshaping communities around the world. Cape Town, South Africa is in the midst of a prolonged, severe drought, and was expected to run out of water this month. But intense conservation efforts helped residents slash water their use in half, buying time until the anticipated rains of fall and winter arrive. In Houston, Texas, the city council approved new regulations aimed at curbing future flood damage in the city ravaged last year by Hurricane Harvey. Communities across the West are implementing or exploring wildfire-resistant building policies in an effort to curb damage from future wildfires. In the State of Washington, controlled burns across 1,000 acres are expected to reduce potential damage from wildfires. In Southern Oregon, a new forest resiliency project is underway to help local forestland better withstand summer wildfires.

If Paris Climate Accord targets are exceeded by even half a degree, the Arctic may have ice-free summers, according to new climate modeling. In Antarctica, extreme changes are already visible, from glaciers becoming floating ice shelves, to receding by as much as 600 feet per year. These changes are bolstering fears for worst-case sea level rise among the scientific community. Sea level rise is already impacting communities now; the latest example is Isle de Jean Charles, Louisiana, where America’s first climate change refugees are preparing to leave their home as the island is expected to disappear underwater in just a few years. A new study finds that the world’s hottest desert, the Sahara, is getting bigger because of climate change, advancing south and drying out vegetation in what is has been tropical terrain. With impacts like these, it should come as no surprise that UN Secretary General António Guterres has labeled climate change the biggest threat to humanity.

In brief: Shell acting now on what it knew then

Shell has made headlines for proposing a clean energy future with net-zero emissions by 2070. This proposal from a major oil company is significant, as adopting Shell’s recommendation would mean that the world would use significantly less of its product. Yet Shell also made headlines recently due to new documents that reveal Shell knew about climate change and the risks of fossil fuel emissions as far back as the 1980s. As the kids would say, SMH (shaking my head).