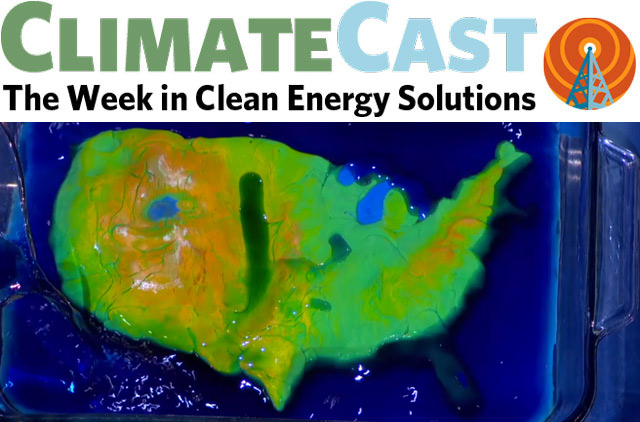 Climate to suffer in aftermath of federal midterm results

Climate action got left as collateral damage on the electoral battlefield last week, as voters delivered a drubbing to Democrats in the midterm elections. With Republicans taking control of the Senate in January, incoming Majority Leader Mitch McConnell signaled his intention to pass the Keystone XL pipeline and halt President Obama’s proposed curbs on power plants’ carbon emissions, daring Obama to use his veto power to stop him. Gridlock is likely at the national level, but regional climate action got a boost from the election of Democratic Gov. Tom Wolf of Pennsylvania, who promised to bring his state into the Northeast’s Regional Greenhouse Gas Initiative.

Oregon offered climate one of its few bright spots this election, as Democrats strengthened their hold on the House, gained two seats in the Senate—including one that was called early this week—and held onto the governorship with the re-election of John Kitzhaber to a fourth term. In Washington, where the League of Conservation Voters had targeted several state senate races, the balance of power in the state senate was unchanged, which may complicate Gov. Jay Inslee’s proposal to place a price on carbon. Elsewhere, fracking bans won in a Texas oil town, an Ohio college town, and in two of the three California counties that voted on the issue.

Green groups licked their wounds last week after their push for climate-friendly candidates came up well short, as the U.S. Senate passed to Republican hands and climate-hostile governors held onto seats in Florida and Maine. Despite the political headwinds for the Democrats this year, three out of the seven candidates backed by Tom Steyer’s NextGen PAC prevailed, and a Nebraska GOP congressional backer of the Keystone XL pipeline lost his seat. Steyer claimed success in raising the profile of climate as an election issue and laying the groundwork for future campaigns, although polling also revealed that environmental issues still don’t move the needle for voters.

In ten days, world leaders will gather in Berlin to pledge funds to the Green Climate Fund that will help developing countries cut carbon emissions. If the Berlin meeting can’t round up promises of at least $10 billion, major problems will lie in store for climate talks in Lima next month and ultimately a meaningful deal in Paris next year. A substantial US commitment was always challenging, but the change in Senate leadership makes it even more daunting, with incoming chair of the Senate Environment and Public Works Committee James Inhofe on the record dubbing the Fund a “United Nations Green Slush Fund.”

It wasn’t easy for the Oregon Environmental Council to do, but the nonprofit organization found a way to shed its dirty stocks and invest in companies that share its values. Last week, 350.org’s Fossil Free movement enlisted its 30th city worldwide (Orebro, Sweden) to divest its investment portfolio from coal and oil. The movement is growing, with campaigns up and running in London and eight German cities, and Paris waiting in the wings. Nearly 200 institutions that manage an estimated $50 billion have pledged to divest since 2011, while the number of investment professionals offering fossil-free portfolios has increased more than 50 percent this year.

People who reject climate science are most apt to do so because they don’t want to embrace the solutions that would be necessary to avoid climate damage, according to new research out of Duke University. This tendency applied to both liberals and conservatives when faced with findings that point to policies counter to their respective ideologies, the researchers concluded. These results parallel doubts expressed about whether the conclusions in the latest IPCC report will cut any ice with climate skeptics. One way GOP politicians have side-stepped the climate issue is to disclaim any knowledge of science—a technique pilloried viciously by Stephen Colbert on late-night TV.

Carbon emissions from Australian electricity production have soared since the country’s $23-per-ton carbon dioxide tax was repealed in July. Dam operators generated more carbon-free hydropower during the two years the tax was in effect, gambling the fee would be repealed before reservoirs were drained, and have now backed off in favor of coal power. The repeal has also caused a 70 percent drop in renewable energy investment, according to the Climate Council. Other impacts appear harder to reverse: three airlines Down Under claimed a carbon tax would force them to raise ticket prices, but have failed to cut fares since the tax was cancelled.

Cheap oil bad for carbon cuts, but bad for fossil investment, too

Falling oil prices reduce the incentive to conserve fossil fuels, sending consumers a message that runs contrary to the IPCC’s call to eliminate carbon emissions by the end of this century. But cheap petroleum also makes investments in tar sands and fracking less attractive: 90 percent of undeveloped Canadian tar sands deposits won’t pencil out unless oil fetches $10 a barrel more than it does today. Public opposition has also exacted a toll on tar sands projects, amounting to some $30 billion in extra costs, according to a new report, underscored by TransCanada’s announcement that the Keystone XL pipeline would cost $8 billion, up 48 percent from previous estimates.

The Brazilian energy agency’s call for bids to supply solar power to the nation’s electric grid resulted in nearly a gigawatt of new contracts. The “reverse auction” sparked so much interest that fewer than one in ten proposals could be accepted, all at less than 9 cents per kilowatt-hour. Cuts in the German feed-in tariff —in an admittedly cloudier climate—will lower the price offered for rooftop solar power to about 17 cents per kilowatt-hour and have drawn dire predictions from solar industry experts, but the Brazilian experience offers hope that falling costs may offset these declining electricity prices.

On the Climate Solutions blog: Join Climate Solutions for our Sixth Annual Dinner at the Portland Hilton on November 20, where Hannah Jones, Nike's Chief Sustainability Officer, will deliver the keynote address to a packed room of clean energy leaders, environmental advocates, and elected officials.