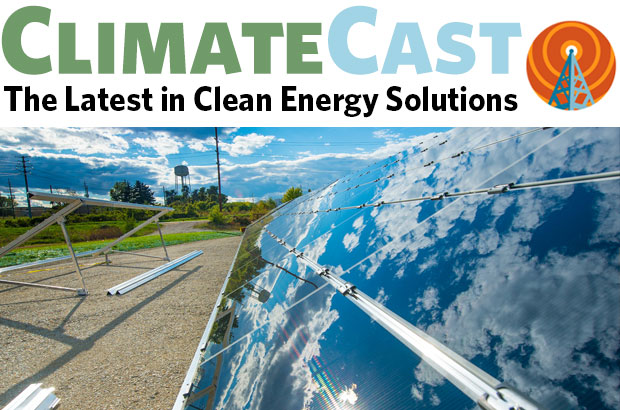 Rep. Alexandria Ocasio-Cortez and Sen. Ed Markey have released the first iteration of their much anticipated Green New Deal proposal. This suite of policies would shepherd the U.S.’ rapid transition to a clean energy economy by dramatically cutting carbon emissions from a variety of sectors, including electricity generation, agriculture, and transportation. The current version does not include an explicit ban on fossil fuels as called for by some supporters. Core to the proposal is the idea that transition to a clean energy economy will create jobs and boost the economy, much like FDR’s New Deal did during the Great Depression. Commenting on the backlash the Green New Deal is receiving from political opponents, Historian Steve Fraser notes that "FDR faced exactly the kinds of criticisms and challenges that the Green New Deal faces today."

For its part, Wall Street is sending signals that it is ready to help pay for a Green New Deal. Investors may be willing to put up the capital to fund the goals of the deal, provided they get clarity from Congress. Senate Majority Leader Mitch McConnell plans to bring the resolution to a vote soon to “to give everybody an opportunity to go on record to see how they feel about the Green New Deal." While there is significant congressional energy behind the Green New Deal, it remains true that Big Oil has thoroughly saturated Capitol Hill for decades. The nine Democratic members of the House Select Committee on the Crilate Crisis, for example, have accepted more than $238,000 from sectors tied to the fossil fuel industry.

Solar shines—but not everyone feels the warmth

The country’s first large-scale energy facility that combines wind, solar and battery storage is under development by Portland General Electric in Eastern Oregon. It will have among the largest energy storage capacity in the country, and marks an important step toward renewable energy-based power. In wind news, a new offshore wind farm, soon to be the world’s largest, started supplying electricity to the U.K.. It will cover 407 sq km and provide enough electricity to power a million homes. According to new research by UK-based oil company BP, renewable energy will account for about 30% of the world’s electricity supplies by 2040. The report finds that while oil took nearly 45 years to go from 1% of global energy to 10%, and gas took more than 50 years, clean energy is expected to do so within 25 years.

Until US solar tariffs went into effect, the solar industry was on a steady upward incline. Last year, solar jobs nationwide fell 3.2%, with 8,000 fewer jobs, but is still making gains in some parts of the country—particularly across the Midwest. When it comes to receiving the benefits of rooftop solar, however, communities of color are still missing out. An extensive new study found that black-and Hispanic-majority census tracts have much lower rates of adopting rooftop solar than majority-white tracts, and the differences go beyond income and home ownership disparities.

A new study found that the landscapes and climate in many parts of the world could be nearly unrecognizable by the end of the century if greenhouse gas emissions continue unabated. A study on Antarctica ice melt predicts it will have “surprising and profound impacts on weather worldwide. Another research study says climate change poses the threat of a “2008-style systemic collapse.” The combination of global warming, soil infertility, pollinator loss, chemical leaching and ocean acidification creates a risk that is being “hugely underestimated by policymakers,” according to researchers. Finally, another study has concluded that fossil fuels -- not wildfires as some had speculated -- are the biggest source of black carbon in the Arctic. Each study shares one common conclusion: It’s time to reduce our carbon emissions and transition off of fossil fuels.

Over 40 percent of insect species worldwide are declining and a third are endangered.The insect population is falling by a precipitous 2.5% a year, with some suggesting they could vanish within a century. Because insects are essential for the functioning of all ecosystems, the study confirms that the planet may be at the start of a sixth mass extinction in its history. Following the news that 2018 was the fourth hottest year on record, according to new independent analyses by NASA and the National Oceanic and Atmospheric Administration, new forecasts predict temperatures for each of the next five years will likely be 1C or more above pre-industrial levels. In health impact news, a chest surgeon has written a guest opinion piece to the Washington Post calling India’s air pollution crisis a public health emergency. He writes that throughout his career, he has witnessed a change in the color of patients’ lungs from pink to black, calling it “a rarity” to see a normal pink lung in any adult patient today.

The Oregon Legislature is moving steadily toward passing House Bill 2020, the Clean Energy Jobs bill, which would place an economy-wide price on climate pollution from the state’s top emitters. A record-breaking 700 people rallied at Oregon’s Capitol earlier this month to call on lawmakers to pass the bill. Next, public hearings are scheduled around the state to provide additional opportunities to weigh in on the bill. In Washington State, the legislature is working to pass a set of bills that would help the state achieve 100 percent clean electricity by 2045, to enact a low-carbon fuel standard, to set new standards for building efficiency, and to create environmental justice principles for state agency projects.

When it comes to reducing our carbon footprints, we often think of strategies like driving electric or washing our clothes in cold water. But what about changing the type of anesthesia medicine a doctor administers before surgery? One Oregon doctor did just that. When anesthesiologist, Dr. Brian Chesboro, learned that a gas commonly used for anesthesia during surgery was the greenhouse gas equivalent of driving a fleet of 12 Hummers, he championed a solution that spurred industry change.