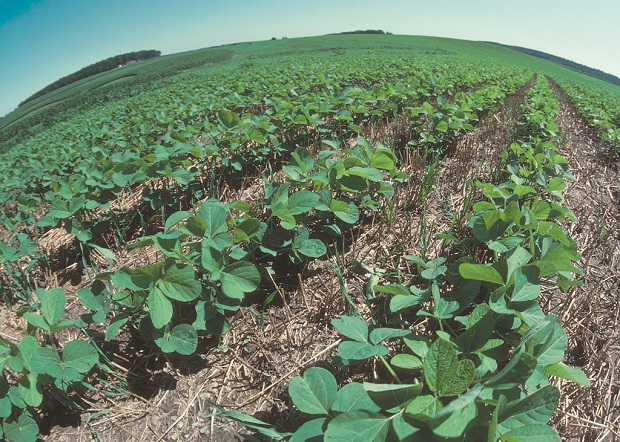 That was the intriguing title of a New America Foundation blog post covering a July 25 event at the think tank’s Washington, D.C. headquarters. The key theme was that changing the way agriculture is done can draw heat-trapping carbon dioxide out of the atmosphere into farm soils to improve the viability of agriculture overall.

With atmospheric CO2 rising to dangerous levels, actively spurring CO2 removal through plant photosynthesis is drawing new attention.  Plants use CO2 as food and deposit it in soils, improving fertility and holding water.  Practices such as no-till farming lock more carbon in soils.  It’s a tremendous win-win for farmers and the planet as a flurry of new articles featuring the concept reveal.

This new attention is heartening to us at the Northwest Biocarbon Initiative (NBI), where we have been building a regional community of innovators in natural carbon storage for the past three years. One such innovator is MacArthur Fellow David Montgomery, author of Dirt: The Erosion of Civilizations, who keynoted our 2013 Northwest Biocarbon Summit, addressing the potential of soils to soak carbon. David's riveting talk can be viewed here. He followed the presentation with a Seattle Times op-ed that he co-authored with rancher Maurice Robinette called, “Park carbon dioxide under our feet with a biocarbon approach.”

More attention to this potential came in an August Scientific American piece by associate editor David Biello entitled, “Can Farming Provide a Solution to Climate Change?” The subtitle states, “Farming is one of the few human activities that can pull CO2 from the atmosphere and store it safely.”  Biello quotes Dave Miller, a corn farmer and Iowa Farm Bureau economist saying, “We know that raising soil organic matter is good for soil, good for society and good for climate.”

Mark Hertsgaard is a well-respected writer who has been drawing attention to carbon-storing agriculture as a significant climate change solution. Hertsgaard has thought long and hard about climate, as reflected in his books, Hot: Living Through the Next 50 Years on Earth and much of his writing since the 1990s when he wrote Earth Odyssey. He headlined the DC agriculture event (video here) put on by Future Tense, a collaboration between New America and Slate.  In July, he wrote a piece for Mother Jones, “Could Photosynthesis Be Our Best Defense Against Climate Change?”

“In May scientists announced that carbon dioxide had reached 400 parts per million in the atmosphere,” Hertsgaard wrote.  “Meanwhile, humanity is raising the level by about 2 parts per million a year . . . At the moment, climate policy focuses overwhelmingly on the 2 ppm part of the problem while ignoring the 400 ppm part. That is no longer sufficient . . .

“We need a new paradigm: If humanity is to avoid a future in which the deadly heat waves, floods, and droughts of recent years become normal. . . the extraction of carbon dioxide from the atmosphere has now become an urgent necessity. Under this new paradigm, one of the most promising means of extracting atmospheric carbon dioxide is also one of the most common processes on Earth: photosynthesis.”

This is exactly the message NBI seeks to drive home.

In the MoJo article, Hertsgaard features a carbon-storing medium we’ve been focusing at NBI since we started—biochar—a soil amendment produced by heating biomass under low-oxygen conditions that  provides  long-term carbon storage in soils, improves their capacity to hold water and nutrients, so they are better able to handle increased climate extremes.  NBI is working hard to build up the infant Northwest biochar industry.  We helped stage a conference on that last year.

Hertsgaard penned another article for Slate that is also familiar ground for us, “Sun Food vs. Oil Food,” covering thinking from food avatar Michael Pollan.  It might be shocking to some to read that, “Pollan believes that eating meat can actually be good for the planet. That’s right: Raising livestock, if done properly, can reduce global warming.”

The thinking is that replacing “oil food,” such as beef raised on corn with “sun food,” beef raised on grass, actually builds soil carbon because cattle directly manure fields. “If you’re eating grassland meat,” Pollan says, “your carbon footprint is light and possibly even negative.”

A noted advocate of this approach is Allan Savory, who dubs it holistic range management.  Savory drew a lot of attention with his controversial TED talk on the subject. A number of scientists do not believe he has enough data to document the benefits he claims. We’ve carried an active debate on our blog between Savory and one of our advisors, Washington State University agricultural scientist Chad Kruger.  In a previous blog, Chad calls for more data to prove Savory's proposition, although Kruger believes Savory is probably on the right track.

With the realization growing that too much CO2 is in the air, the message we’ve been promoting through NBI is starting to spread – land can be one of our greatest allies in the climate fight, if we treat it right.